Behold Miami-Dade’s Art in Public Places, one of largest public collections in U.S. 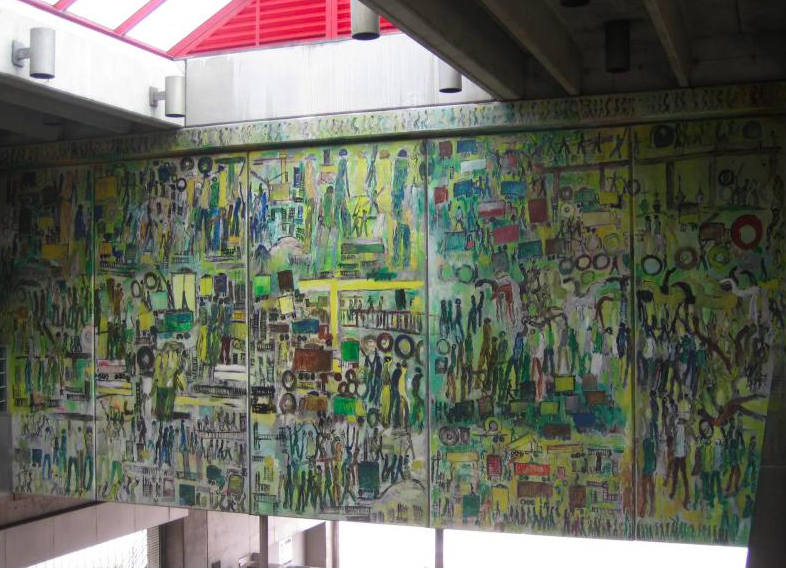 Miami has become known as a global capital for the visual arts – thanks to the artists who make the city home, and aided internationally by the attention of the annual Miami Art Week crowds each December.

Fewer know, however, that Miami-Dade County is also home to one of the largest public art collections in the United States.

The county’s Art in Public Places program has placed more than 750 works of art since it was established in 1973, in spots including Miami International Airport, Zoo Miami, the Adrienne Arsht Center for the Performing Arts, libraries, fire and police stations.

That means that despite the COVID-19 pandemic and associated social-distancing prevention measures that have limited the public’s ability to see art in person in galleries or museum, many of the pieces in the Art in Public Places collection are in locations still viewable by the public.

“It’s a major collection,” says Amanda Sanfilippo Long, who has served as the program’s curator and artist manager since 2016. “We have some artworks that are spanning from the greats of the pop art generation, important artists working in South Florida, and also internationally.

“We are very artist-focused,” she adds. “It’s about really privileging the artists to the fullest extent to expand their practice, and really being artist-centric, as opposed to sometimes public art agencies being very focused on sort of guessing the needs of the community. This is about artists and their work.”

Art in Public Places has had a long time to figure out the best way to marry the many needs of the multiple stakeholders in a public art project, including the artist, the community and real estate developers. The 1973 ordinance that created the program stipulates that any developer building on county-owned land must finance public art projects on that development with 1.5 percent of their total project budget.

The first step, Sanfilippo Long says, is “a sit-down to look at [a particular] project and talk about the opportunity for public art. Sometimes, projects have components that they designed from the get-go with the idea of incorporating or integrating public art into the fabric of the building – not just hanging a painting on a wall, but something that’s architecturally scaled. It could be a massive terrazzo floor, or something integrated using landscaping.”

One such example: the terrazzo floors by Michele Oka Doner in the North Terminal D of Miami International Airport.

Overseen by a trust that is appointed by the Board of County Commissioners, with guidance from a professional advisory committee, the program’s focus remains firmly on ensuring the art will have an effect on both the community and the artist themselves.

“The opportunity to work with artists to create things that are not only permanent but are maybe some of the largest or most robust examples of their work in their oeuvre, is fabulous,” she says. “It’s about scale, about these artists being able to push themselves.”

The trust also ensures that decisions on a collection of such magnitude and permanence are not taken lightly.

“It’s an extraordinary program with a real solid focus on supporting artists and excellence and diversity, and that’s really important,” she says. “Who are the decision-makers at the table, and are they reflective of the community? Diversity, equity and inclusion are very important to us, and you can see it in our community members, our trust, and it’s reflective of the artists that we are engaging.”

The following is a selection of pieces throughout Miami-Dade County, with highlights from Sanfilippo Long. 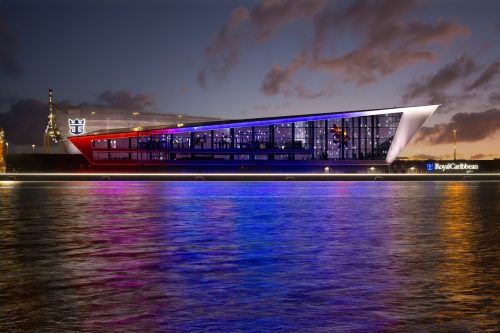 Featuring 650 custom light fixtures, this installation on the Royal Caribbean Cruise Terminal is best viewed at night, driving east from downtown Miami to Miami Beach on the Interstate-395 Causeway.

“What’s exquisite is that this artwork is actually a gift to the entire city because it’s visible for anyone driving on 395. It’s just this glimmering, shimmering experience and light that are installed throughout the immense architectural volume of the terminal,” she says. “The lights are on a very specific program, coming in different intervals, so it’s not only just about what’s inside the buildings, but what everyone can see outside as well. There are so many different dynamic ways the collection exists out in the world.”

Nekisha Durrett and Hank Willis Thomas’ “I See Myself In You …”

On the Northwest Seventh Avenue facing side of Liberty City’s Sandrell Rivers Theater is a 3-Dimensional metal wall sculpture of a woman gazing outward with reflective glasses, which allows the work to change throughout the day.

“It’s this beautiful facade of the building that is a beacon, and transforming,” she says. 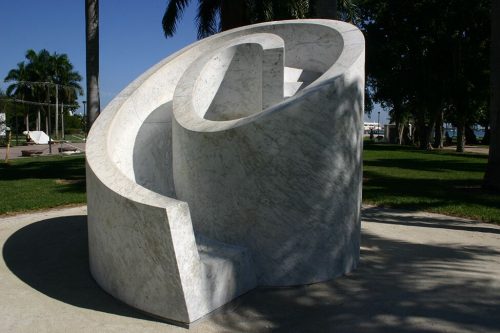 This interactive piece made of Carrara marble is also a functional slide.

“It’s a wonderful artwork that you actually get to climb on the back and slide down.” 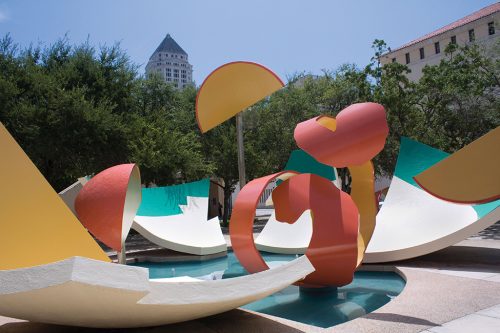 Installed in 1990 on the southwest corner of First Street and Second Avenue, this sculpture is reminiscent of a dropped bowl of fruit. 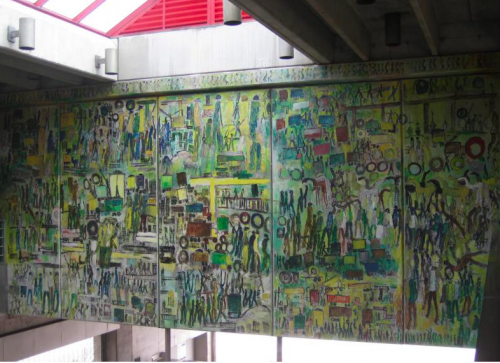 Painted by one of Miami’s most celebrated sons, this monumental mural graces the Northside Metrorail Station and emerges as you ride the escalator up to the train platform.

“It’s an enormous mural by Purvis Young, and most people have never seen it, and it’s just a gem from 1986,” she says. “It’s a really special thing.”

The Miami Marlins’ ballpark is home to several pieces from the public art program.

“I definitely recommend walking around the grounds of the Marlins’ ballpark and just experiencing the collection of artwork there,” she says. “Carlos Cruz-Diez’s incredible integrated walkways are just mesmerizing, they are so much fun to visit. I have to say it’s one of my favorite pieces in the collection!

“And then, of course, don’t forget around the other side of the Marlins Ballpark you’ve got Daniel Arsham/Snarkitecture, with his great big orange letters that look like they tumbled off the side of the former Orange Bowl and just dropped and embedded themselves in the concrete of the steps of the Marlins Park.”

DENNIS LEYVA worked at the City of Miami Beach for 22 years. As the public art administrator for 15 years before retiring in 2019, he worked as the city’s liaison to the Art in Public Places program. His primary focus was curating and commissioning site-specific projects for public spaces throughout Miami Beach. FIU Inspicio interviewed Leyva and shared with us this video. In it, he gives his pick of favorites in Miami Beach.

For more videos of Leyva, go to Inspicio.fiu.edu.