City Theatre offers a solo take on a Christmas classic 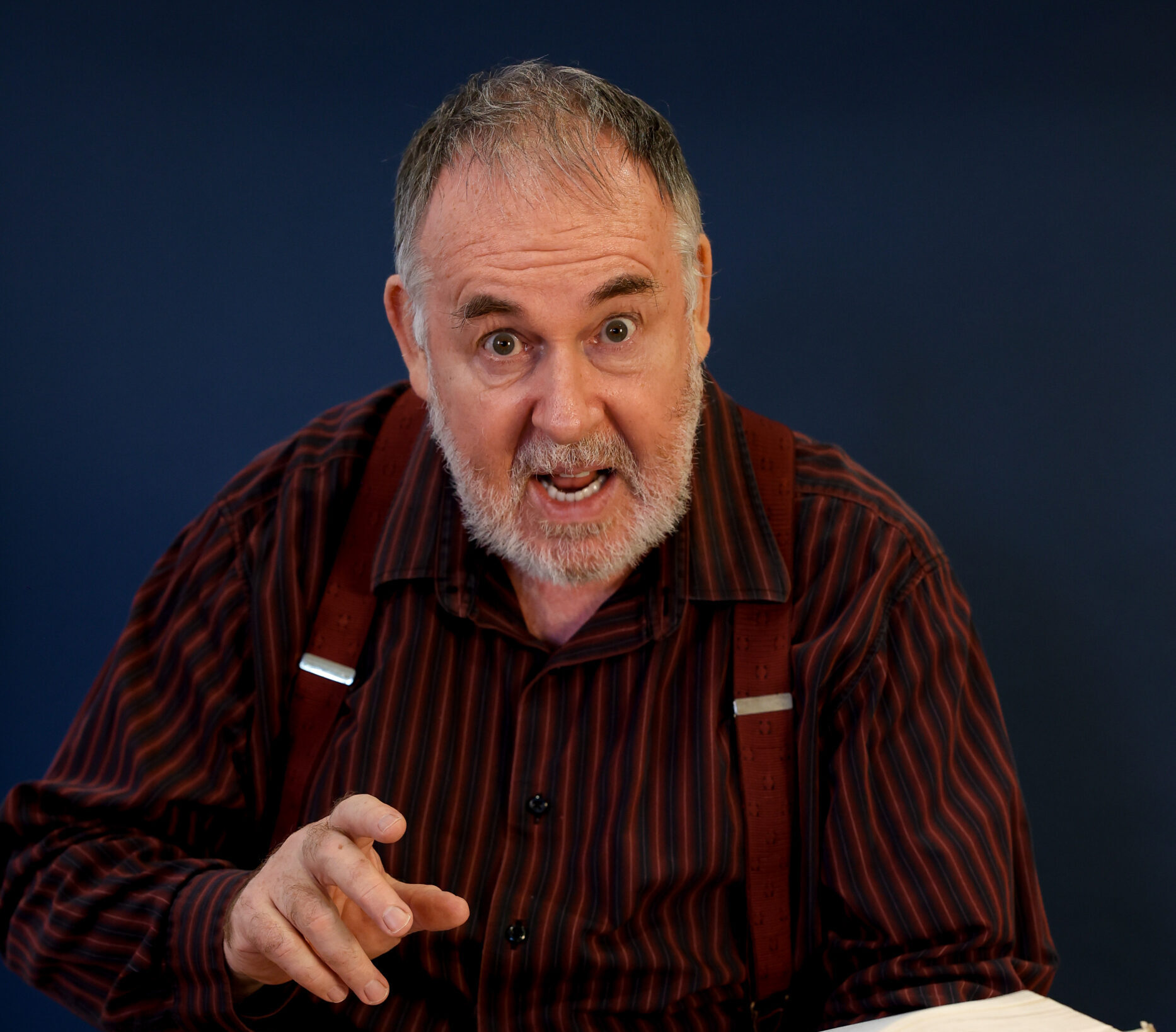 Ever since Charles Dickens dreamed up his evergreen tale of greed and redemption in 1843, “A Christmas Carol” has remained a beloved part of the holiday zeitgeist.

Along with “The Nutcracker” ballet, “A Christmas Carol” has entertained countless generations, reminding readers and audiences of the need for compassion, the importance of gratitude and the possibility of change – themes from a story that has continued to resonate as the world evolves.

Authors and actors have put their stamp on the story thanks to stage, movie and television versions of “A Christmas Carol.” Now it’s Colin McPhillamy’s turn to demonstrate how one artful actor can bring Dickens’ entire novella to life.

McPhillamy is the star of – and only actor in – “Jacob Marley’s Christmas Carol,” an 18-character play by actor-playwright Tom Mula. This version began as a 1995 novel, then got an audio treatment that aired on National Public Radio for seven seasons, then became a play that could be done by either one actor or four performers in 1998.

Miami’s City Theatre is making its return to the Arsht Center’s Carnival Studio Theater with “Jacob Marley” as part of the Theater Up Close series. Previewing Dec. 2, opening Dec. 3 and running through Dec. 19, the family friendly solo show will serve as a transformational showcase for the erudite McPhillamy, who will portray not just the about-to-be-damned Marley but also the man’s miserly former partner, Ebenezer Scrooge, as well as Scrooge’s put-upon employee, Bob Cratchit, and every other familiar “Christmas Carol” character, including the ghosts of Christmas Past, Christmas Present and Christmas Yet To Come. 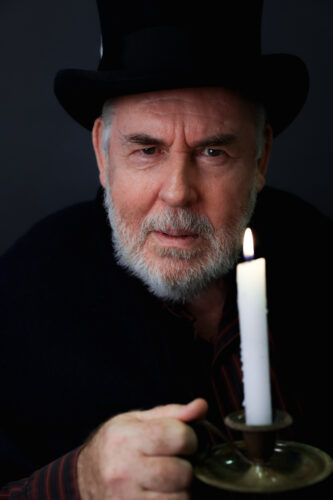 The London-born Colin McPhillamy is the star of – and only actor in – “Jacob Marley’s Christmas Carol,” playing at the Arsht Center through Dec. 19. (Photo courtesy of Morgan Sophia Parker)

In learning and differentiating all those characters, McPhillamy is “trying to channel the spirit of Robin Williams,” he says with a laugh.

Born in London to Australian parents, McPhillamy has worked in theaters throughout the United Kingdom, Australia, New Zealand and the United States, appearing five times on Broadway where his wife, Patricia Conolly, is now performing in “To Kill a Mockingbird.” He also has a rich South Florida history, having worked at Palm Beach Dramaworks, Florida Stage, the Promethean Theatre, Actors’ Playhouse and the Maltz Jupiter Theatre – 14 productions total in this region.

“I’m here to guide Colin, to say, ‘This is what I’m seeing.’ I love watching him play and discover things,” Ledford says.  “When I called him about it, he said, ‘Don’t send me the script. I’ll talk myself into it.”

McPhillamy remembers telling Ledford, “‘That sounds like a lot of words.’ Having done almost nothing for 20 months, I wondered if I could still do it.”

The answer, say Ledford and City Theatre’s cofounder-literary director Susan Westfall, is that McPhillamy has lost none of his inventiveness due to the pandemic layoff.

Watching the actor run through the play and in a rehearsal room “made me profoundly joyful and grateful,” Westfall says. “Who knew a decision made in January 2020 to do a play that wouldn’t be produced until two years later would turn out to be so timely and relevant?

“By the time we’re done in three weeks, Colin’s going to have cooked up 8 million more pieces to it. To watch an artist on his game do something like this – it’s just a relief.”

Adds Ledford: “Actors tend to be kinesthetic learners. You put movement with dialogue in a way that supports the dramatic action of the play.” 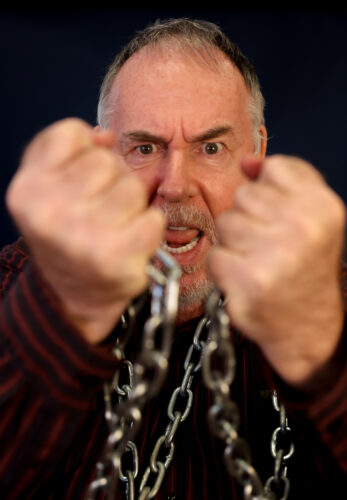 McPhillamy says he’s found that the plays of William Shakespeare can be easier to memorize than those of playwrights like Edward Albee or Alan Ayckbourn.

“With Shakespeare, the rhythm of iambic pentameter makes it easier. Albee or Ayckbourn is difficult because they insist on observing every ellipsis,” he says. “What Tom Mula has written is derivative of Dickens’ style, very keen on language … Dickens is a particular thing. His language is much more ornate.”

A piece such as “Jacob Marley’s Christmas Carol” needs neither an elaborate set nor myriad costumes – the performer changes characters so quickly that he doesn’t have time to swap out clothing. Voice, stance, gesture, movement, facial expression: Those serve as the actor’s tools.

“This is theatrical storytelling at its finest. It’s supported by technical elements, but at its core, it’s good storytelling,” says Ledford.

McPhillamy believes fervently in the need for and power of stories, including the one he’s about to tell about Jacob Marley’s last chance for redemption.

“Why do people tell stories? Why do people need to hear stories?” he muses. “The good practice of theater is as essential to society as the practice of medicine, law or engineering.  The world becomes monochrome without stories.”

To read Christine Dolen’s review of this play, click here.

SAFETY PROTOCOLS: Masks and either a recent negative COVID-19 test or proof of vaccination required. For more details, visit arshtcenter.org/Visit/health-safety-covid-19.