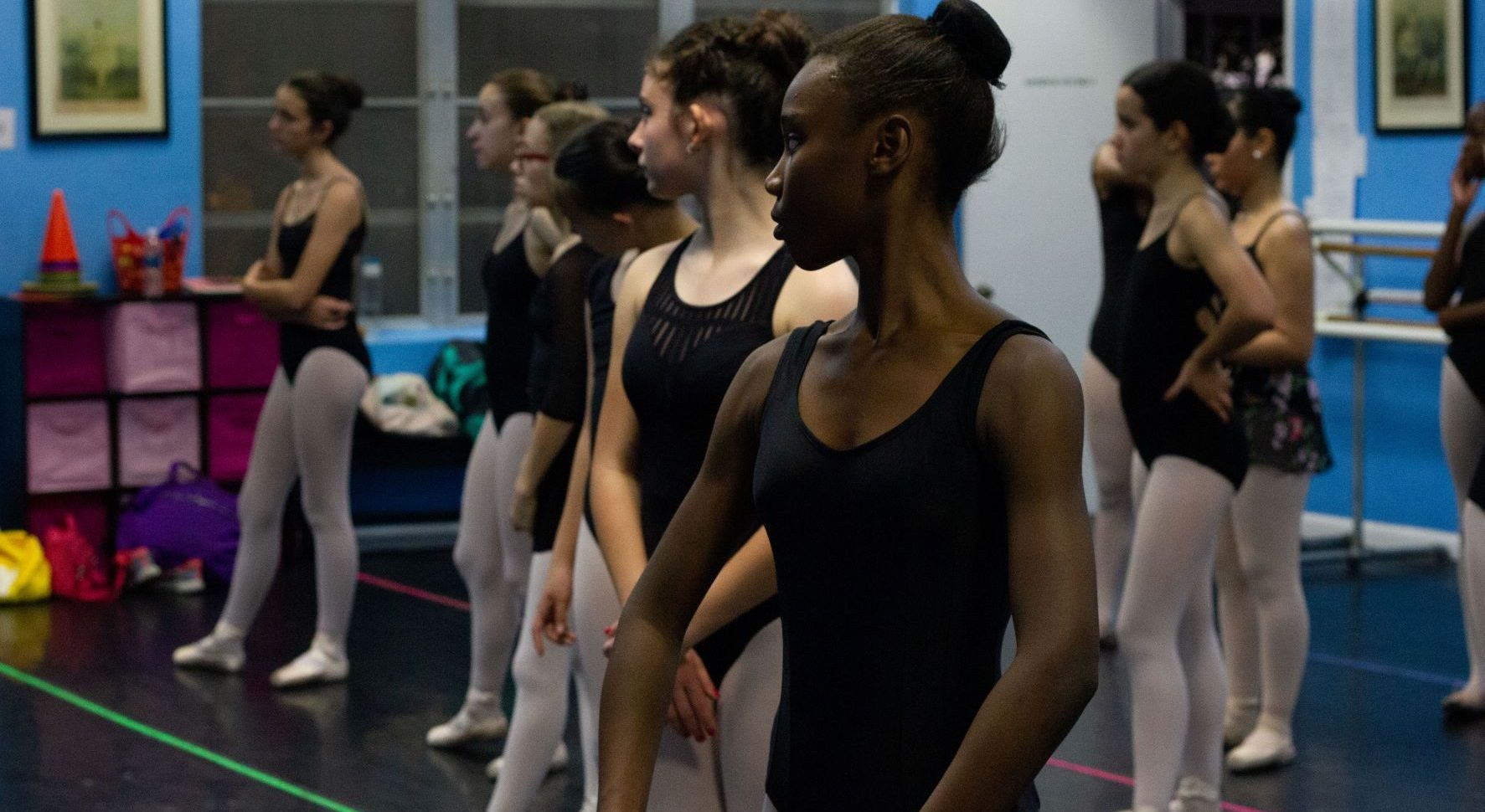 “Armour Dance Theatre teaches dancers to express the movement of their own body rather than someone else’s body,” says Stephanie Bell, forefront, an ADT student and high school junior at the New World School of the Arts. (Photo courtesy of Addyson Fonte)

When is a ballet academy more than a dance school?

When ballet instruction helps remove the economic, social and emotional hurdles that may prevent students from thriving.

That is the mission of Armour Dance Theatre (ADT): Miami’s Community Dance Conservatory, formerly Thomas Armour Youth Ballet — and this year has brought changes in name and leadership that are meant to further  move the school in that direction.

“Armour Dance Theatre is a social justice organization whose goal is to address accessibility and inequity in the community,” says Ruth Wiesen, artistic director and outgoing executive director of Armour Dance Theatre. “We have dance students who do go into professional companies, but that’s not our goal. All of our kids go to college or get into a company.”

As part of the evolution, Wiesen has passed the baton to Camila Gil, a former scholarship student who worked there during college handling data collection for ADT’s first grant from The Children’s Trust (whose mission is to help Miami-Dade County children and families). In the process, Gil became ADT’s director of community programs, rolling out services addressing a mix of academics, nutrition, parenting and social and emotional learning.

“Adding those components allowed for greater impact,” said Gil, who more recently served as ADT’s associate director before taking on the new role of executive director. “We started with a dream of providing quality dance training and quality academic support.  We hired certified teachers from the community, who were hired from the same neighborhoods where we taught the program.  This allowed for a lot more connections with the kids beyond programming hours.”

Asked about the challenges of using ballet — a historically elitist art form — to promote conditions of racial equity in the community, Gil replied: “We’ve always known at Armour Dance Theatre that ballet has been an elitist and racist art form, but we know the historical and technical value ballet has for informing a dancer.  We have to take the initiative to make it diverse and make it inclusive and to preserve its historical value.” 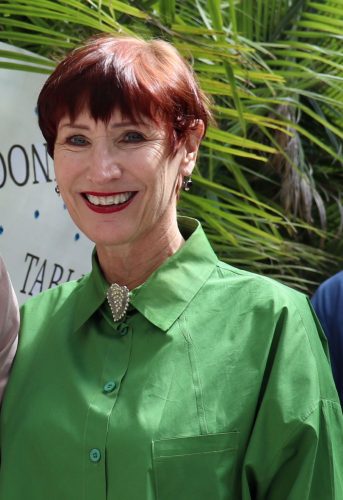 “You can’t just offer dance classes,” said Wiesen. “You need also an obstacle removal program as well.  There are small things in kids’ lives we can fix, from eyeglasses and a metro card to homelessness, sexual identity and medical issues.  We’re very fortunate to have a diverse array of partners, both private and governmental, who support us so that we can offer this support …

“The community programs arose when we saw how much the challenge of transportation limited our ability to reach more children. We decided to bring the programming directly to neighborhoods. We have set up programming in many venues over 20 years, including South Miami-Dade Cultural Arts Center, a Homestead Housing Authority house, churches, recreational centers and public schools,” Wiesen added. “As the scope of programming expanded to daily dance, academics and social-emotional skills, the amount of space and time greatly increased. Miami Dade County Public Schools welcomed the programming and were able to accommodate the space and time issues.”

Wiesen, a former dancer who trained with world-renowned classical ballet dancer and ADT founder Thomas Armour, had been juggling the roles of artistic and executive director for quite a while. But as the organization expanded, she found herself swamped by the two positions: “I love teaching and I love to be with the kids, and the executive work kept me behind the desk, paying bills and paying vendors.”

Among her biggest accomplishments, she founded the Thomas Armour Youth Ballet Scholarship Program in 1989, providing opportunities for youths who perhaps couldn’t afford dance training and helping to set the course for ADT’s well-rounded approach.

“Our goal was to get our students into high-performing schools like New World School of the Arts. But we weren’t really dealing with their grades,” Wiesen said. “We’d help get a child into New World only to find out that they were years behind in reading and math.” 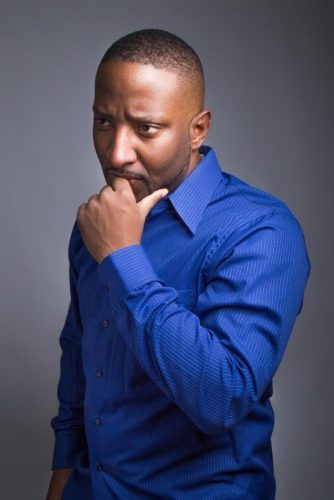 ADT alumnus Christopher Rudd went on to become founder and artistic director of New York-based RudduR Dance in 2015 and a Guggenheim Choreography Fellow in 2019. (Photo courtesy of Kristina Zaidner)

With the artistic and executive director roles now split, the idea is for ADT to continue growing and flourishing. The other big change: The academy dropped “Ballet” from its name to better reflect current student interests, with classes in hip-hop and musical theater/jazz added to the mix.

ADT student Stephanie Bell, a high school junior at the New World School of the Arts, values the influence the dance school has had on her life.

“In general, dance is an expensive art form and brutal. Many dancers go through it mentally, questioning whether they are doing the right things,” Bell said. “George Balanchine would teach tall, white dancers with long legs to dance a certain way. Armour Dance Theatre teaches dancers to express the movement of their own body rather than someone else’s body. They prepare dancers for the dance world from that perspective.”

Added Bell’s friend, Sophia Chang, also a junior at New World: “Since Armour Dance is right in the center of the city, I know so many people who get here through the train, the car, walking, bicycle. Armour Dance Theatre gives people a purpose … they give that to those who live in the worst areas and in the best areas. They help people with mental health, physical health … they’ve saved so many lives.”

ADT counts Robert Battle, the artistic director at Alvin Ailey American Dance Theater in New York, as an alumnus. At one point, 25 percent of the dancers at New York’s Martha Graham Dance Co. could trace their origins back to ADT, according to Wiesen.

Another alumnus, Chris Rudd, became the founder and artistic director of New York-based RudduR Dance in 2015 and a Guggenheim Choreography Fellow in 2019. In November 2020, the American Ballet Theatre premiered Rudd’s groundbreaking work, “Touché,” as part of a virtual gala.  It featured a pas de deux between two men, marking the first time the American Ballet Theatre presented a work with an explicitly homosexual theme. 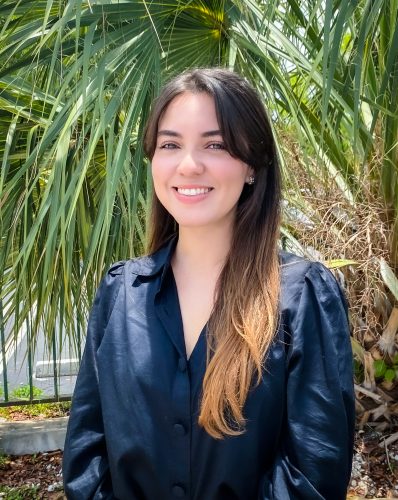 Camila Gil has held many roles at Armour Dance Theatre, starting as a scholarship student, working there through college, then becoming director of community programs and associate director before assuming her latest position: executive director. (Photo courtesy of ADT)

The former ADT scholarship student credited Armour Dance Theatre with opening the door to ballet and providing a second family.

“I started dancing through the company’s scholarship program around 1990, when it was just taking off,” said Rudd. “Ruth [Wiesen] became our second mom. We were all welcome despite the fact that we had different needs. She then put this spirit into her institution, filling the gaps our parents couldn’t for whatever reason.”

For Rudd, Armour Dance Theatre is unique among ballet schools in its holistic approach toward its students.

“Only now is the rest of the ballet world having conversations about the importance of this approach,” Rudd said.  “It is evidence for what ballet companies could have become had they approached education this way.”