Surrealism conjures images of Salvador Dali’s iconic painting, “The Persistence of Memory” — with its clocks that appear to be melting, hanging off branches and sliding from walls. But there were elements of the Surrealist movement not so prevalent in the public domain.

“The Artist as Poet: Selections from PAMM’s Collection” delves into the time period of the “Poème-Objet” (poem-object), a very particular moment in the 1930s and ’40s where Surrealist artists used found objects and mixed them with text. The exhibition opens March 25 at the Pérez Art Museum Miami.

“When you give people artworks that have or incorporate text, it gives them an entry point and allows people to interpret the works in whatever way they choose,” says curator Maritza Lacayo, who is PAMM’s curatorial assistant and publications coordinator. “So the show is accessible while simultaneously shedding a light on a rich Surrealist tradition.”

That tradition is self-reflection through the creation of the poem-object.

“Bringing found objects and text as a way of getting to know your own subconscious, and bringing those aspects together, was really what André Breton (known as the father of Surrealism) wanted the movement to be about,” Lacayo says.

While the show was planned before the pandemic, then put on hold when COVID-19 closed down the museum, Lacayo thinks the element of self-reflection makes it all the more relevant in these times. 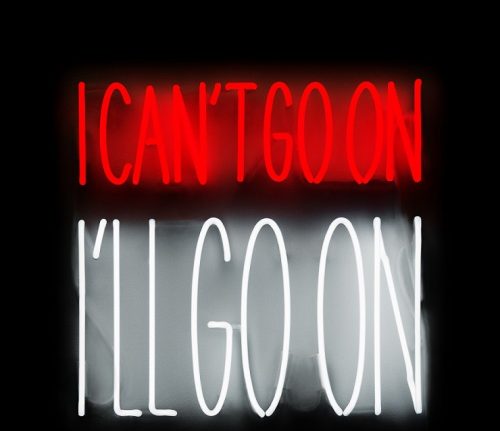 “The pandemic has brought out this moment of reflection for us. This moment of trying to sit still, or at least learning how to. I’m not very good at that,” she confesses. “Having these moments to yourself to self-reflect about who you are and the way certain things make you feel.”

The exhibit features 50 to 60 works that span 10 decades, between 1917 and 2017, and belong to PAMM’s permanent collection. Many of them have never been exhibited publicly.

Miami artist María Martínez-Cañas says she was surprised to learn her photographic print collage, “Años Continuos” (1994), was included as part of a group exhibition of Surrealist-themed works. Yet she sees a link, as she was influenced by Cuban Surrealist painter Wilfredo Lam while creating these pieces.

“Maybe the seed was planted in my head and, in that way, you never know if it’s going to show up or not,” she says. “I think to have a curator look at my work in a way maybe that I haven’t looked at before is an exciting moment for me, because it opens up new ways … maybe something that has been in front all this time, but I never noticed before.”

Lacayo stresses that “Años Continuos” absolutely fits: “Her work is very much a self-reflection of her own experiences. Cuban-born but having left the island as a baby and moved to Puerto Rico, she explores ideas of identity and confusion about who you are and where you come from.” 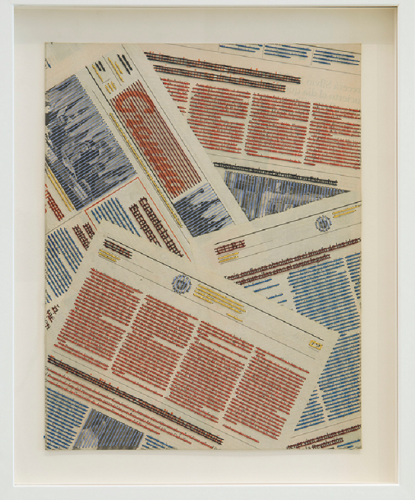 “Años Continuos” was created as a template for Martínez-Cañas’ large-scale commission for Miami-Dade County’s “Art in Public Places,” which was installed in 1996 at Miami International Airport. This particular piece was made from 400 collaged images, entirely by hand, not digitized, she says.

“Collage is something that I have worked with in my entire career and it was used a lot during the Surrealist period,” she says.

“The Artist as Poet: Selections from PAMM’s Collection” has been in the works for some time, according to Lacayo. The subject was the premise of her master’s thesis at the University of Glasgow in 2014.

For Lacayo, one of the most exciting pieces in the exhibition is also one of the rarest. While studying art in Europe, Lacayo says she traveled to see a letterpress softcover book, “Clair de terre” (1923) by Breton, one of only 240 in existence.

“I’ve only seen two of them in person,” she says. The second one she saw up-close was at PAMM, acquired from the Sackner Archive of Concrete and Visual Poetry, and it is now included in her exhibit.

The story relayed through this exhibit is one she’s always wanted to tell: “For me to be doing it in 2021, and to do it through PAMM’s permanent collection and in my hometown, it feels really full circle.”

WHAT: “The Artist as Poet: Selections from PAMM’s Collection”