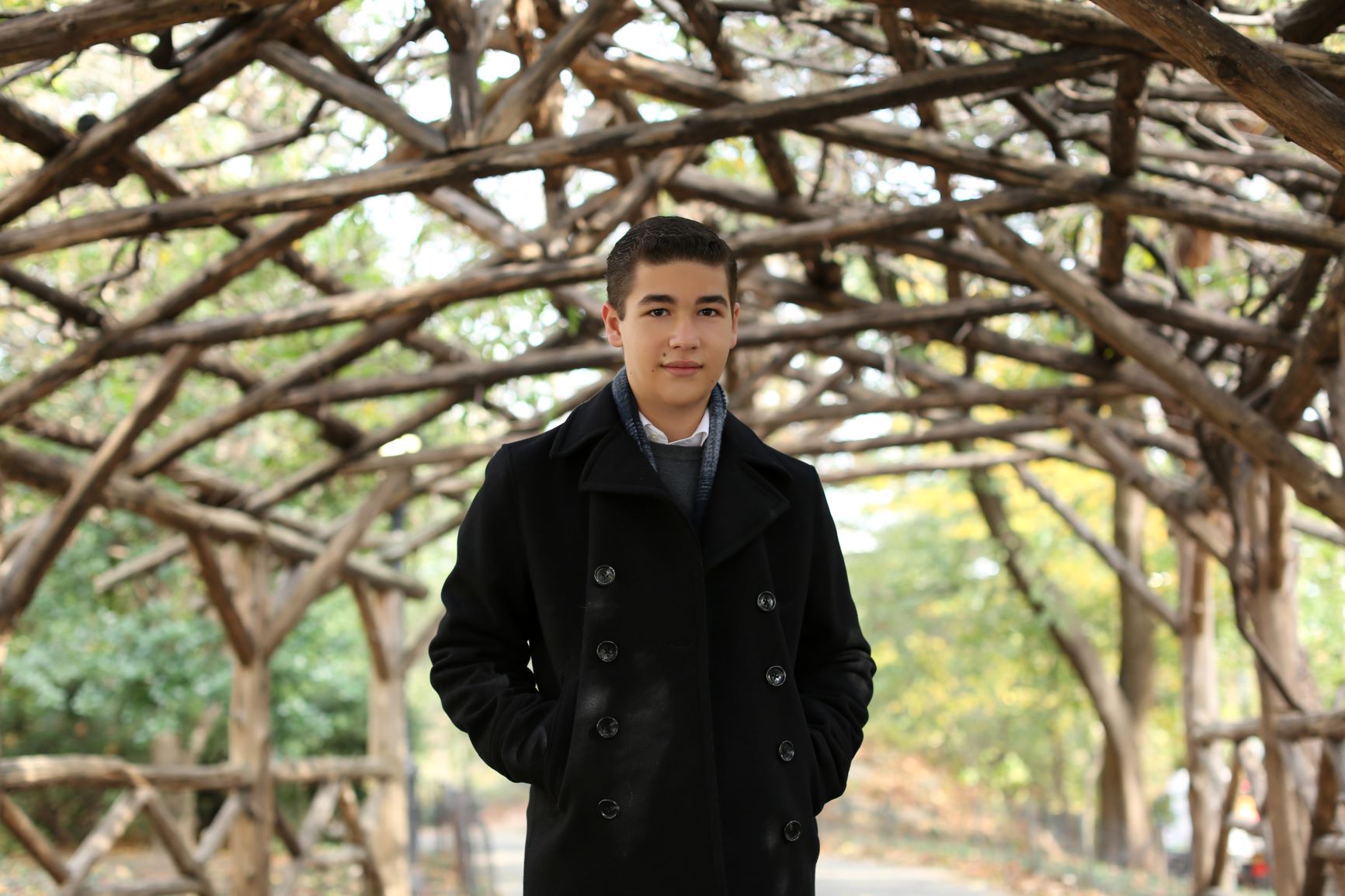 Brandon Goldberg’s first album climbed to No. 7 on the JazzWeek charts in summer 2019. Around that same time, Goldberg played the Newport Jazz Festival. (Photo courtesy of John Abbott)

No longer the pint-sized prodigy who once wowed Steve Harvey and his television audience, Brandon Goldberg is now a veteran musician with an impressive history. Yet he’s still not old enough for a full Florida driver’s license.

It’s been a while since music-lovers have had a chance to catch him in a performance, but the Miami-based pianist is now set to play at 7:30 p.m. Friday, April 16 at the Adrienne Arsht Center for the Performing Arts of Miami-Dade County, 1300 Biscayne Blvd., Miami. The show, at the center’s Thomson Plaza for the Arts, is part of the outdoor series, “Jazz Roots on the Plaza.”

“I’m really looking forward to that gig,” says Goldberg, 15. “It’s gonna be the first gig I’ve played for people since the pandemic.”

The teenager certainly wasn’t idle over the past year, though. He spent some of that time making an album with Ralph Peterson Jr., a protege of the legendary drummer Art Blakey.

Peterson, 58, died of complications from cancer on March 1, and Goldberg said he values having made the album to “really document the special connection that we had.”

He said Peterson gave him a card when they first met: “He told me to dial it, don’t file it. I actually waited like six months because I was too scared to call him.”

Goldberg expects the album — which also features saxophonist Stacy Dillard, trumpeter Josh Evans and bassist Luques Curtis — to be released later this year. It will be his second album.

The first was “Let’s Play!” climbed to No. 7 on the JazzWeek charts in summer 2019. Around that same time, Goldberg played the Newport Jazz Festival.

“That was amazing,” he said, though not because he led a trio at the storied event, but rather because of the other musicians he got to meet and see perform. “I’m so lucky to be able to do that, to have access to my heroes.”

That would be huge for anybody, but especially for one so young. Goldberg began his musical journey at age 3. 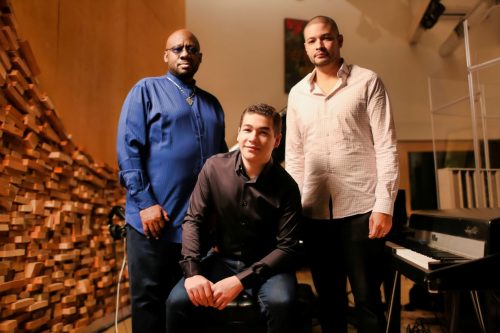 Brandon Goldberg, 15, at center, got to record an album with the late Ralph Peterson Jr., left, and bassist Luques Curtis. (Photo courtesy of John Abbott)

“So I started playing the piano because there was a piano in the house,” he said. He began trying to pick out melodies he’d heard, and his parents encouraged him. They hired teachers for him, but that wasn’t immediately successful.

“I didn’t have the attention span for any of the teachers,” he said.

Still, his love of music persisted: “Just through meeting a bunch of teachers, I slowly figured out what I wanted to do.”

Goldberg loves jazz, though he composes and performs classical music as well. (The Miami Symphony Orchestra has played his work.)

“Jazz, I guess I was first exposed to it when my grandparents showed me a Rat Pack video,” he said. “I really dug into that and, for a while, that was all I would listen to.”

He discovered jazz pianists including Bill Evans and Oscar Peterson and developed an aspiration: “To somewhat be able to do something like that is amazing.”

He’s been amazing people for years, with high-profile performances on musician Harry Connick Jr.’s talk show and at Jazz at Lincoln Center in New York City, among others. He said the jazz community has embraced him warmly.

“I’m lucky to be so close to so many musicians, because it’s really like a family,” he said.

At the Arsht Center, the “Jazz Roots on the Plaza” series aims to welcome the “community safely back to our campus to connect with the live performing arts once again,” said Liz Wallace, vice president of programming.

“Guests can expect amazing lighting and audio to further enhance the performance experience, along with food and beverage options delivered directly to their tables,” she added. “Plus, these events are always created with safety in mind, including masks, health screenings, social-distanced tables and more.”

“I’m really excited,” said Goldberg, who has seen the two perform and admires them. “I’ve never played with them before.”

The Brandon Goldberg Trio performance, presented by “Jazz Roots on the Plaza,” is sold out. For more information, visit Arshtcenter.org.