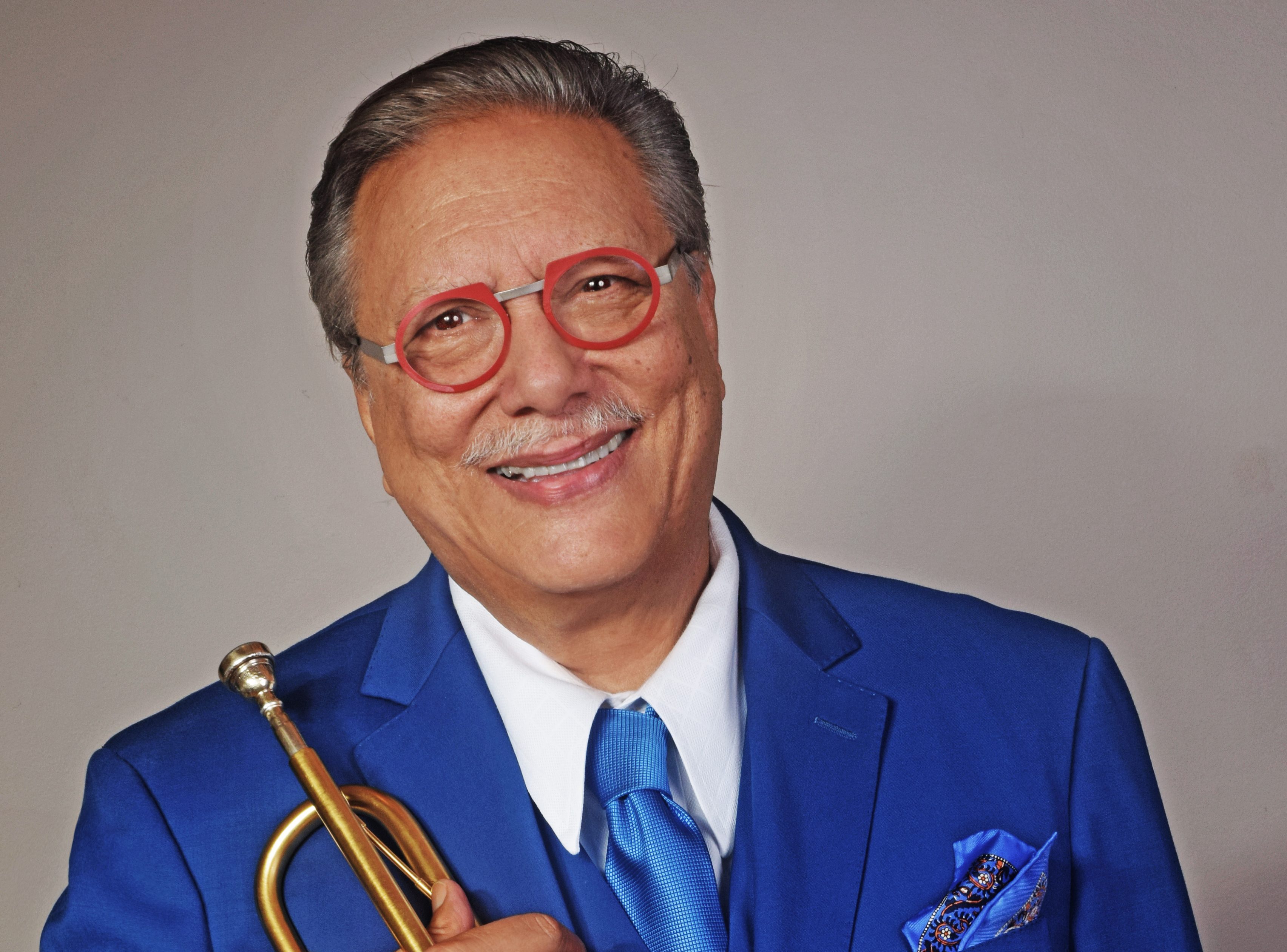 Cuban-American jazz trumpeter is eager to return to the stage in June at the North Beach Bandshell in Miami Beach. (File photo courtesy of artist management)

The Blue Note Jazz Club, a New York institution with branches around the world, is expanding its reach to South Florida with a Miami Beach concert series starting with Arturo Sandoval on June 5 and 6.

The Cuban-American jazz trumpeter’s story is the makings of a movie, literally. A chance meeting with jazz superstar Dizzy Gillespie took Sandoval from his native Cuba to the world stage and ultimately to a new home in the United States. You may know the tale from the 2000 biopic, “For Love or Country,” which starred Andy Garcia as Sandoval.

Having hunkered down for the past year-plus like the rest of us, Sandoval, 71, is eager to get back on stage: “I’m happy that I’m finally … next month we’re gonna start working, oh my goodness!” he said.

The two nights at the North Beach Bandshell will mark his first performances since the pandemic, but he’s hardly been idle. Sandoval has been working on scores for a couple of movies – though he couldn’t disclose which ones – and has also been making videos, practicing and discovering a new skill: writing.

In addition to opinion pieces in South Florida’s Spanish-language publication, Diario Las Americas, Sandoval has “started writing poems, something I never did in my life. Never spent a minute writing words, that’s something completely new to me,” Sandoval said, adding that he’s “very happy that this thing appeared in my life at this age.”

Sandoval seizes opportunities. When the legendary Gillespie visited Cuba in 1977, it changed Sandoval’s life completely. Sandoval, a longtime fan, was alerted by a friend at the musicians’ union and wound up driving Gillespie around, but says he was too shy to tell his hero that he, too, played the trumpet.

Hours later, the American was shocked to find Sandoval at a government-arranged jam session. “Dizzy couldn’t believe it,” Sandoval recalled. “He said – excuse me – ‘What the hell my driver is doing with the trumpet?’”

Gillespie soon found out. It was the beginning of a relationship that lasted until his death in 1993.

“That thing changed my life upside-down,” said Sandoval. “That was like a big door opened in front of me.”

His late mentor is never far from his thoughts.

“You know, I try to keep his music alive, and I play a lot of his tunes every single day,” said Sandoval, whose big-band album, “Dear Diz (Every Day I Think of You),” won a Grammy in 2012.

Bandshell audiences will get to remember along with him: “There’s gonna be a lot of Dizzy tunes and, besides that, doesn’t matter what I play, his influence is always there,” Sandoval said.

The June 5-6 shows are the first in a new venture between the club and The Rhythm Foundation, which operates the bandshell for the city of Miami Beach. The series will continue with shows by multi-genre pianist and composer Robert Glasper on June 12 and Big Freedia on June 26. Big Freedia has been instrumental in popularizing bounce, a strain of hip-hop originating in New Orleans. She and the Soul Rebels are expected to play with a special guest, Cuba’s Cimafunk.

“The Blue Note Jazz Club pop-up in Miami Beach marks a significant milestone in our growth at the North Beach Bandshell,” said The Rhythm Foundation director James Quinlan, in a release. “We are honored to welcome their 40 years of experience with the leading jazz artists of our generation.”