The band National Wake, Ivan Kadey, Gary Khoza, Steve Moni and Punka Khoza, circa 1981, is chronicled in the documentary “This Is National Wake” premiering at the Miami Jewish Film Festival, which opens Thursday, Jan. 12 through  Thursday, Jan. 26. The film screens on Monday, Jan. 16 at O Cinema South Beach. (Photo courtesy of the film).

Two movies in this year’s Miami Jewish Film Festival have at their core stories about music as a political statement, or rather the implications that arise when music becomes intertwined with societal conflict.

Director Lilia Levitina adapted South African writer Victor Gordon’s one-act play “You Will Not Play Wagner” (7:30 p.m., Thursday, Jan. 19, Miami Beach JCC, 4221 Pine Tree Drive, Miami Beach) about a debate that erupts between a wealthy arts patron and a young Israeli conductor over his choice of composers. In Israel, there is an informal ban on the playing of 19th-century German composer Richard Wagner’s works because of his well-known anti-Semitic sentiments and for his position as a favorite composer of Adolf Hitler. 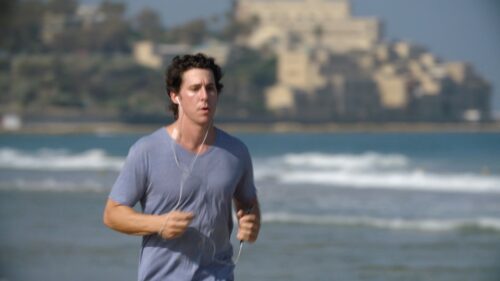 Scenes with Ofek Cohen as Yakov were filmed on location in Tel Aviv, Israel in “You Will Not Play Wagner.” (Photo courtesy of Jewish Arts Collaborative)

In Mirissa Neff’s documentary, “This is National Wake” (7 p.m., Monday, Jan. 16, O Cinema South Beach, 1130 Washington Ave., Miami Beach) apartheid-era South Africa is at the center of controversy as seen through the chronicled story of a multiracial punk rock band who defied the establishment in the late 1970s and early 1980s.

The films are an enlightening look at how music plays an essential role in politics and culture.

Neff says she grew up in the 1980s in New York with a “cursory knowledge” of what was going on at the time in South Africa. The Apartheid in South Africa (from 1948 to 1994) was a legal system of racial segregation under an all-white government.

“This Is National Wake” is Neff’s directorial debut. “You have to wonder,” she muses, “do you choose projects, or do they choose you?”

Of mixed race –  her father is Jewish and her mother is Barbadian from Barbados – Neff says she was drawn to the story of the band National Wake. “In part because it parallels to my own life.” For one, she says, “it would have been illegal for my parents to marry (in the United States) a couple of years sooner than they did.”

Guitarist Ivan Kadey formed National Wake after the Soweto protests in 1976 when Black students revolted against the government. At Soweto, outside of Johannesburg, two South African student protesters died from police gunfire, sparking unrest across the country.

Two of Kadey’s bandmates were Black, brothers Gary and Punka Khoza. Kadey tells much of the story in the film since both brothers are now dead – Gary from suicide and Punka from an AIDS-related illness. 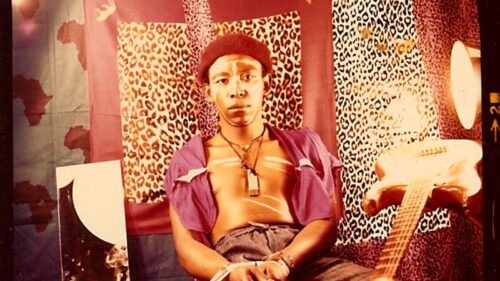 The movie uses much of the band’s archival footage shot on Super 8mm film with the film’s score the punk, funk and reggae music of the band. Much of the footage was shot by Kadey’s wife, Nadine, who is co-producer on “This Is National Wake.”

“There was definitely the excitement of living on the edge and saying ‘F-You’ to an absolutely brutal system that we were living in,” Ivan Kadey says about forming the band. “There were dangers and there was reason to fear but the best way to face that fear was to make the music.”

Nadine had been covering what was happening in South Africa for British television when she became involved with National Wake. “It was so extraordinary what they were doing. It was so powerful for them to even develop this band together – a strike against the system.”

Nadine says she encountered her own risks. “Some of my key footage was seized by the police,” she recalls.

Ivan Kadey, who is of Jewish heritage, says there were a significant number of people in South Africa involved in the struggle during apartheid that were Jewish. “I think it’s definitely something in the history of being an oppressed people that struck a chord in terms of people being persecuted based on race.” While his residence is in Los Angeles, as an architect now by trade, he says he has spent the past six years involved in projects in Miami and Miami Beach. “I spend a good proportion of my time there,” he says. 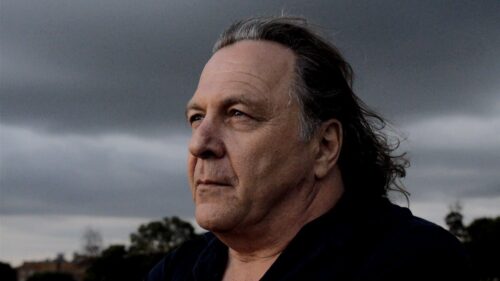 Ivan Kadey in Mirissa Neff’s “This Is National Wake,” the story of a band that defied apartheid-era establishment in South Africa. (Photo courtesy of Philip Bell)

Neff discovered National Wake through a documentary 2012’s “Punk In Africa” and, as a music journalist, knew there was something more. She says she wanted to locate Ivan to interview him for a PBS show she was working on at the time. They connected on Facebook. “The (PBS) show about the intersection of music and politics,” she explains.

She went to Los Angeles where Ivan was living to learn more about National Wake. After spending time with Ivan and Nadine, she realized there was more to tell than just a short television piece about the band. She also discovered that Nadine had more footage than clips of the band used in the “Punk in Africa” film. 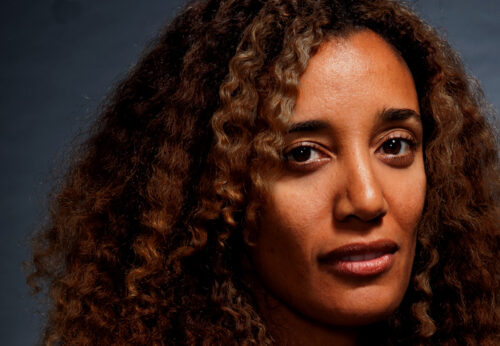 “This Is National Wake” is Mirissa Neff’s first feature film as a director. (Photo courtesy of the filmmaker)

About an hour of the film had been digitized for the other film, but the rest was still on Super 8 reels, never before-seen-footage.

Levitina, director of “You Will Not Play Wagner,” didn’t plan on making her first feature film either. The project started off with a one-act play introduced to her by actress Annette Miller during COVID-19. The theater director envisioned it as a play via Zoom like many theater companies were doing during the pandemic. But she saw something more and decided to not just capture her actors playing their parts on a small Zoom screen. There would be extended shots to develop the character’s stories: Miller’s scenes as the adamant arts patron, Esther, with a personal story on her own distaste for Wagner, were filmed in her home in Lenox, Mass., and Levitina flew to Tel Aviv to direct Ofek Cohen who plays the young conductor, Yakov. 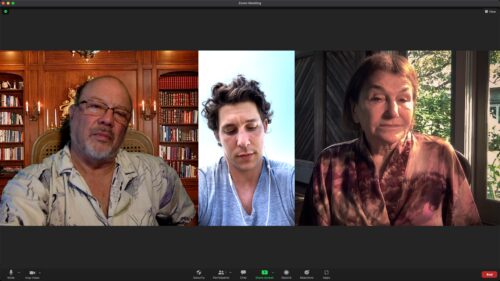 Avi Hoffman as Morris, Ofek Cohen as Yakov and Annette Miller as Esther in “You Will Not Play Wagner.” (Photo courtesy of Jewish Arts Collaborative)

South Florida actor Avi Hoffman was brought on board by Miller to play Morris, the harried organizer of the Esther Greenbaum International Conductors’ Competition. While the character’s locale is meant to be Brooklyn, N.Y., Hoffman worked out of his Coral Springs home. He says he rehearsed with the director and ultimately recorded his own parts. In the end, editor Christo Tsiaras put all the pieces together.

As far as the storyline, Hoffman says he was familiar with Israel’s taboo of Wagner’s works.

“I grew up in Israel from the time I was 11 years old until I was 20. I don’t remember when the controversy began, but I do remember it pretty clearly that there was this whole thing about you can’t play Wagner in Israel. You just don’t. It’s like saying, okay, let’s celebrate Hitler’s birthday. You just don’t do it.”

Hoffman says he was familiar with the concept of which Gordon based his play but the added subplot of Esther’s backstory was another interesting aspect for Hoffman. 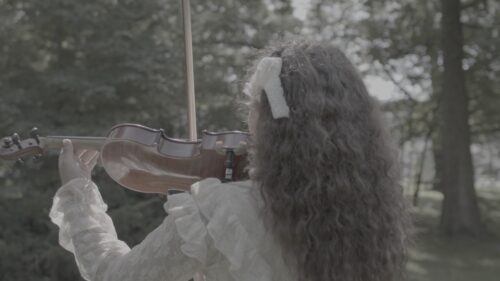 A scene from “You Will Not Play Wagner.” (Photo courtesy Jewish Arts Collaborative)

He says the film comes at a time in United States history that the 64-year-old says has taken him by surprise.

“I feel like we’re living in an age that I never thought I would see in my lifetime, which is this enormous mainstream revival of antisemitism and Holocaust denial. . . So, how do you combat that? . . . Through the arts. By making movies about the Holocaust; by doing things that show how absurd and wrong it is to have that kind of hatred and prejudice.”