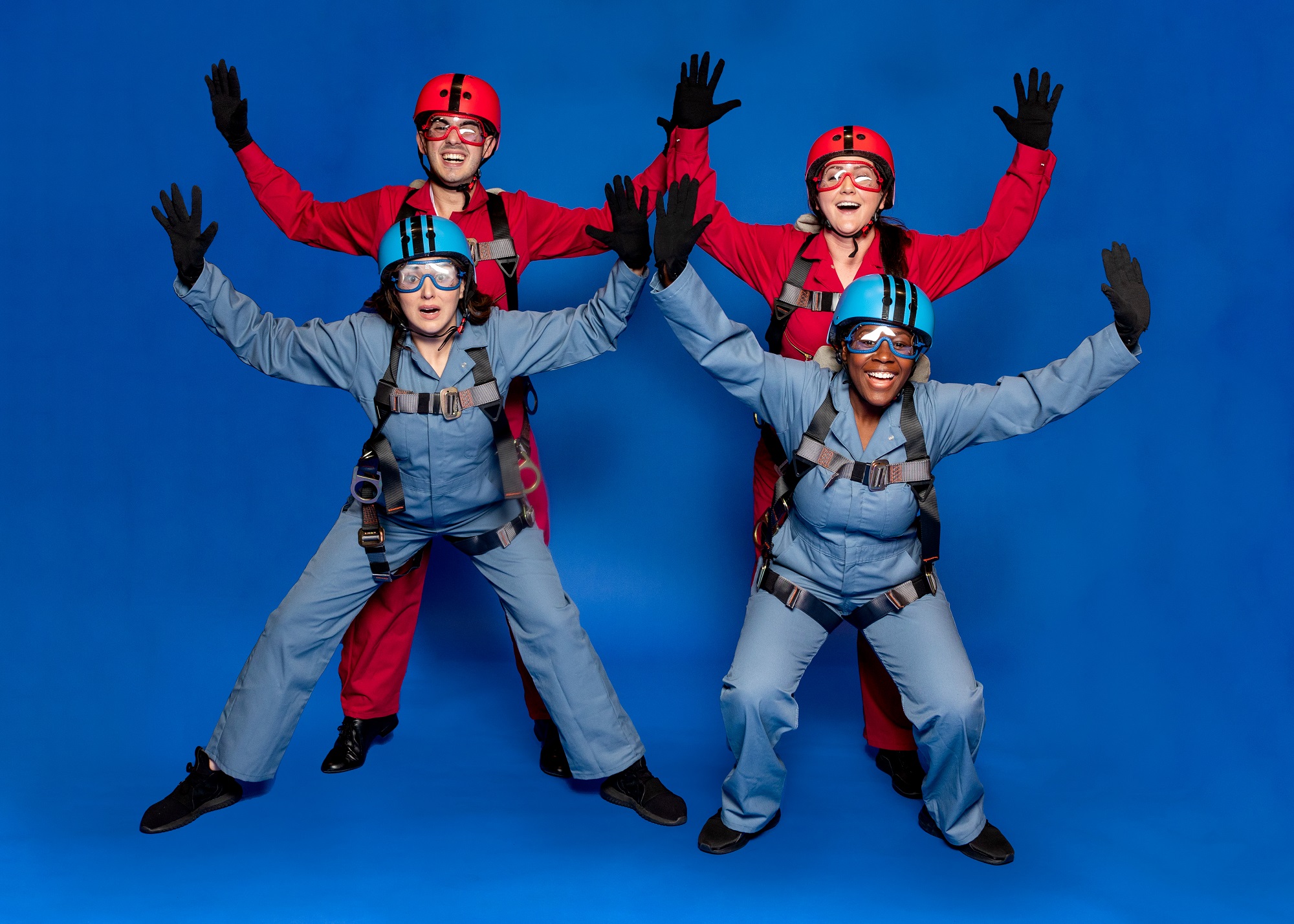 Miami’s City Theatre was preparing to produce and party in 2020 with a splashy 25th-anniversary edition of “Summer Shorts,” its annual festival of short-form comedies, dramas, and musicals.

After the COVID-19 pandemic hit hard that March, those plans were put on indefinite hold.  The company did plenty of virtual programming, but returning to a full-fledged, in-person indoor event still looked risky in June 2021, so that festival was scratched too.

But cofounder/literary director Susan Westfall and artistic director Margaret M. Ledford are as tenacious as they are creative.  And so, 27 years after Westfall, Stephanie Heller and Elena Wohl created City Theatre, the postponed 25th festival is happening Thursday, June 2 to Saturday, July 2 in the Carnival Studio Theater at the Adrienne Arsht Center for the Performing Arts – on the Susan Westfall Playwrights Stage, no less.

Ledford, who is directing the Lin-Manuel Miranda musical “21 Chump Street” (first presented in the 2017 festival) and the world premiere of “Tango! The Musical!” by Westfall and composer Joe Illick, is also overseeing the festival. This year’s “Summer Shorts” goes big with eight additional plays, four more directors, eight actors, a musical director and a choreographer.

“Being back started feeling normal around Day 2 of rehearsals,” says Ledford. “There’s been such anticipation about this.  We’re ready and excited, but at the same time it’s a little unfamiliar – which allows it to be new, in a way.”

Initially, the thought was that this special festival would return to its two-program roots, with audiences being able to see a lineup of all-new plays, a collection of favorites from earlier festivals, or both.  But after discussions with a core group, company leaders decided on a single program combining new works and past hits.

“We didn’t know what health and safety would mean at the time of the festival,” says Westfall. “National surveys show a situation of audience reluctance (to return to theaters), and it’s generational.”

Indeed, the company must now contend with South Florida’s spike to a high-risk  COVID transmission category, so a two-program lineup likely would have been a tougher sell at the box office.

Playwright Steve Yockey, whose “Go Get ‘em, Tiger!” will have its world premiere in this year’s festival, has been commissioned by City Theatre more than any other playwright.  He made his Summer Shorts debut with “Serendipity” in 2013. “Go Get ’em, Tiger!” will be his ninth City-produced script.

Yockey, you should know, is one very prolific writer, producer and television showrunner.  He was a producer on “Supernatural” in 2017-2018, is executive producer and showrunner for “The Flight Attendant” on HBO Max, has a pilot called “Dead Boy Detectives” filming and may get another series, “Cindy Snow” (a black comedy about a meteorologist) picked up by FOX.

He’s also continuing to create full-length plays – often dark comedies – which “allows me to write about a topic or emotional turmoil. It’s free therapy, then you get to walk around happy, and the audience has the turmoil,” Yockey says via Zoom from his office in Los Angeles.

Yet busy as he is, when City Theatre asks him for a new short play, he says yes.

“A great short play has real emotional heft and real spectacle.  You can do anything to people for 10 minutes… And when I saw the level of City Theatre’s production values, I knew I could go to town,” he says.

He continues: “I don’t think you can overstate how important City is at a national level in finding new talent. They bring thoughtfulness and care to how they select a slate of plays, how they bring playwrights in, how they do so many bookstore readings.”

Ledford, who directed “Serendipity” and remains a Yockey fan, says his voice is “so fresh, so smart, so emotionally connected.  So funny and outlandish. The audience has to know within a minute they’re in good hands.” 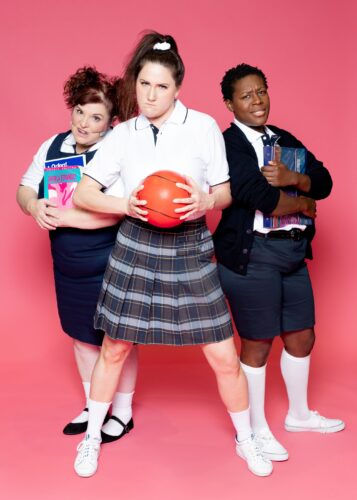 This year’s acting company, hired for the canceled 2020 festival, consists of “Summer Shorts” veterans and newbies.

Of the eight actors, Tom Wahl holds the record for most “Summer Shorts” appearances – this is his 11th, plus two editions of “Winter Shorts.”  Margot Moreland, Alex Alvarez, Lindsey Corey, Diana Garle, and Jovon Jacobs have all done the festival before, while Stephon Duncan and Daniel Llaca (both of whom have appeared in other City Theatre productions) are “Summer Shorts” newcomers.

“I’m in five (pieces), including Susi’s musical.  I don’t sing but I do a little dancing,” says Wahl.  “I like being in a room when all that creativity is happening – it’s miraculous.”

Fellow veteran Moreland, who was part of the company for the first three festivals, cites varied roles as part of the “Summer Shorts” appeal for an actor.

“You’re so easily pigeonholed in this business, but not in ‘Summer Shorts,’ ” says Moreland, who will also appear in five of the 10 plays. “This gets you back to your soul of being an actor. It’s electrifying, and the directors are great… It’s an extraordinary experience.”

This year’s company, she adds, is “kick-ass.”

Jacobs’s last show before the pandemic had him playing a philologist courting a princess (played by his “Summer Shorts” castmate Garle) in Alix Sobler’s “The Glass Piano” at Theatre Lab in Boca Raton. He began doing more film and television work during the long COVID pause, then returned to the stage not long ago with a powerful performance in Lynn Nottage’s “Intimate Apparel” at Palm Beach Dramaworks.

The St. Croix native appreciates the chances he gets to stretch in “Summer Shorts,” “different things you might not do in any other theater… and it brings together actors who otherwise might not work together. It’s a melting pot of different things, refreshing.”

Though theater itself went through a period of deep self-examination in terms of equity, diversity, and inclusion for BIPOC artists during the pandemic, Jacobs believes inclusive companies like City Theatre are still more the exception than the rule.

“I wish I would be seen for more things, but I don’t think things will change so fast.  I do see more Black plays inserted in seasons, and I have played non-traditional roles.  But I’m usually seen for Black roles,” he says.

Four of the five festival directors have been at the helm of “Summer Shorts” productions before. 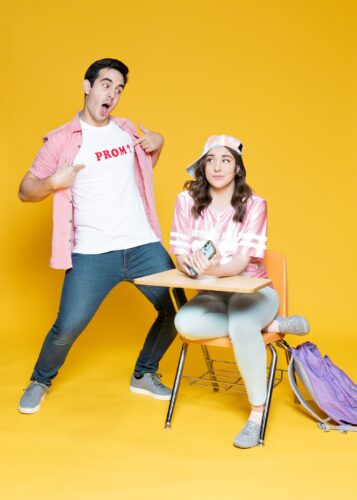 “The plays are so short that you can really be bold. And if the audience hates it, don’t worry – there’s another 10-minute play coming up,” he says. “It’s exciting. Like jumping out of a plane and hoping the ground will be there.” 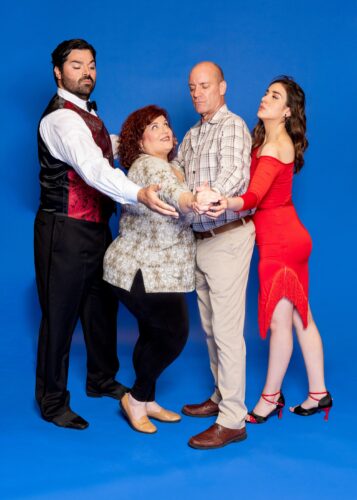 He describes “Go Get ’em, Tiger!” as being like “all the best Steve Yockey plays. You think it’s one thing, then it’s another.  It’s funny, heartbreaking, a fantasy that seems real. It’s like working with nitroglycerine.”

Yawney, who once worked in publishing and in the world of reference books, relates to “Webster’s Bitch” (winner of City Theatre’s 2020 National Contest for Short Playwriting and was staged previously as part of the 2019 City Theatre-Thinking Cap Theatre She Shorts festival in Fort Lauderdale). He says it is spot-on in its depiction of office politics and pop culture.

“It’s interesting how some of these plays that are being revisited feel different with a different cast,” he says, adding, “the ending of ‘Webster’s Bitch’ was Margot’s idea. It’s much better than anything I could have come up with.”

Garcia, a Carbonell Award-winning actor who teaches at Barry University, recently co-directed “Our Dear Dead Drug Lord” at the Carnival Studio Theater with Zoetic Stage artistic director Stuart Meltzer. She blocked both “Skydive” and “Chronicles” the first day and communicated what she believes Summer Shorts should be.

But though she arrives to rehearsals prepared, she stays open to collaborating with her casts.

“It’s a misconception that the director knows exactly what they want,” she says. “I don’t know who’s going to give me a gift.”

In addition to the playwrights, directors, and actors who have been so vital to the long-running success of “Summer Shorts,” numerous other artists are playing key roles in this year’s festival. 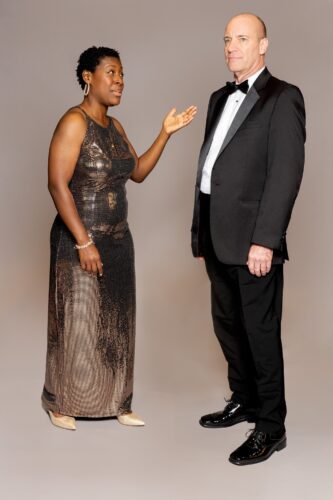 Also, a significant part of the City’s festival programming is the production of “Bob Marley’s Three Little Birds,”  which runs June 22-July 9.

With music by the late, great Marley, the family-friendly show is based on the children’s book “Every Little Thing” by his daughter Cedella.  Tickets are $30 ($20 for children under 12), and they’re still available for the 7:30 p.m. performances June 22 and July 8-9, plus 11 a.m. matinees June 25 and July 2.  Visit www.arshtcenter.org for information.

And another longtime component of the festival, the annual CityWrights playwrights’ gathering, also returns June 29-July 2.  As literary director and cofounder, Westfall will again lead that conference.

First, though, there’s the newest iteration of a piece that began in 2013 as a play titled “Feel the Tango.”  Westfall did some rewriting and rechristened it “Be the Change” for a 2016 Shorts Gone Wild coproduction with Island City Stage in Wilton Manors.  Then her friend Illick, a Santa Fe-based opera composer and conductor, suggested turning the play into a short opera titled “Feel the Tango, the Opera” for a 2017 festival of short operas – and indeed, the short score for that version was quite operatic.

“In 2019, I asked Joe if he could adapt it into a musical with me,” says Westfall, who wrote the book and collaborated with composer Ilick on lyrics for “Tango! The Musical!”

“The piece just tickled me as it changed. I guess that’s the playwright and producer in me… But I do believe this is the end for something that started as a little play.”