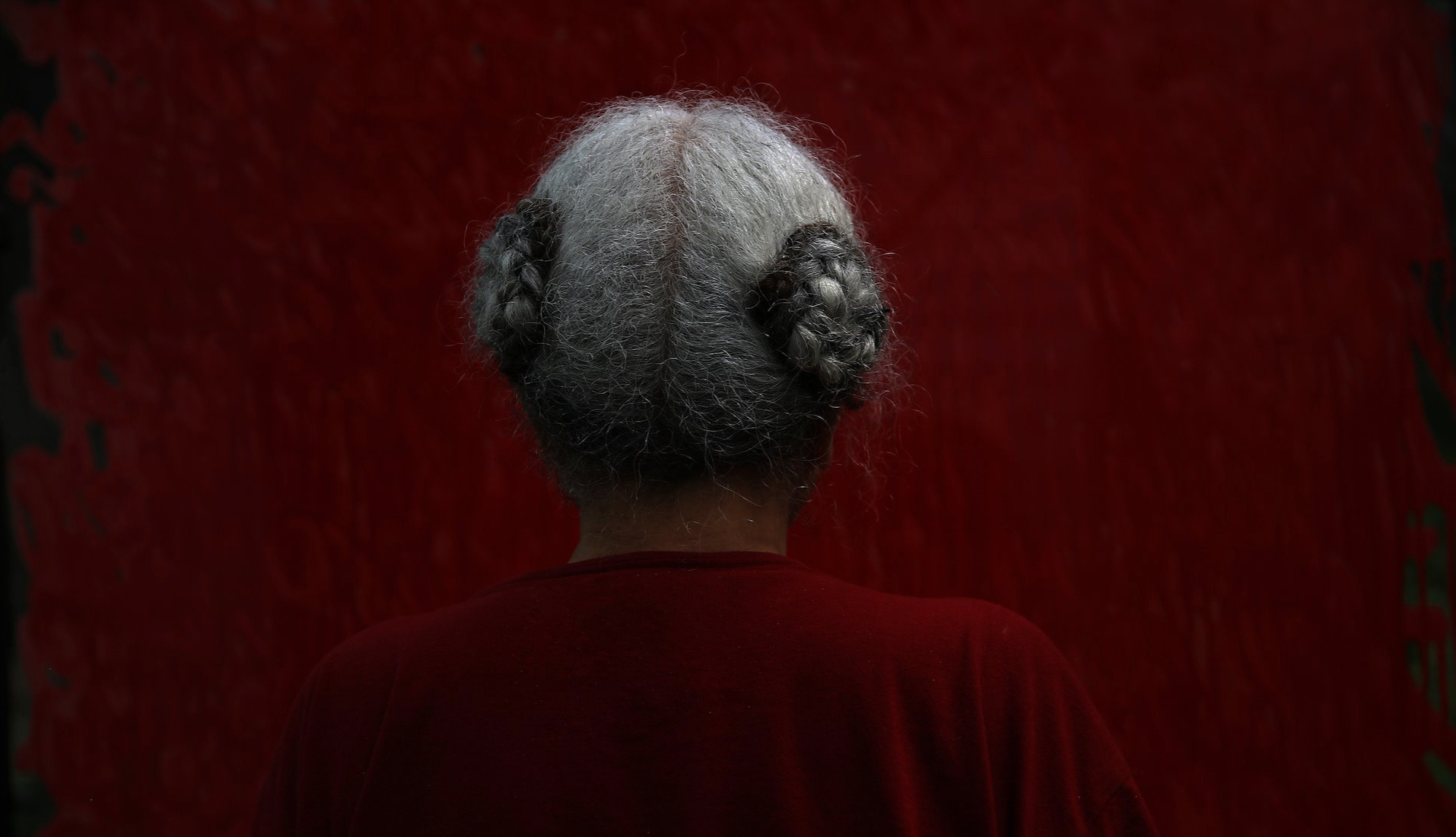 Phylicia Ghee’s “Grandma / i am accused of tending to the past. Portrait of my Grandmother” (2020), is featured in the YoungArts exhibition “Home: Reimagining Interiority,” on view through Monday, Aug. 1.

A man and a woman walk together on a dirt path. He leads the way with a determined gait, balancing several items on his head.

The woman is carrying items too. On top of her crown sits a wrapped bundle. She trails behind as a child straddles her hip.

The scene is from Mozambique and it is presented by lens based artist Glenn Espinosa.

It is a common sight from a place that he calls home.

“That particular body of work came from street photography,” says Espinosa. “It is the magic of the ordinary.”

His series “Patria Amada/ LovedFatherland” is part of an exhibit entitled “Home: Reimagining Interiority,” which features the work of 20 YoungArts winners who explore Black visual narratives.

It will be on view through Monday, Aug. 1 at the YoungArts Gallery, 2100 Biscayne Blvd in Miami.

Luisa Múnera, associate curator at YoungArts, says that the exhibition came out of a  collaboration with New York University’s Institute of African American Affairs.

Dr. Joan Morgan, cultural critic and feminist author, as well as Dr. Deborah Willis, an artist, photographer and curator, are both directors at the institute and signed on to spearhead the event.

” ‘Home: Reimagining Interiority’ was an idea that both co-curators, Dr. Joan Morgan and Dr. Deborah Willis had been investigating at NYU,” explains Múnera. “While working with researchers at the Center for Black Visual Culture, they began exploring this idea of home and how it has been changing because of the pandemic. They also asked artists and scholars to think about what home means to them.”

Múnera says that launching the exhibit together was a perfect match.

“When I asked them if they would be interested in co-curating the show, they immediately said, ‘You know, we’re investigating this topic at the university level, but it would be really interesting to prompt the artists at YoungArts that are of a different generation and who maybe look at home in a different way.’ And so it’s wonderful to see lens-based artists and writers come together and show their work around home through different mediums,” says Múnera. 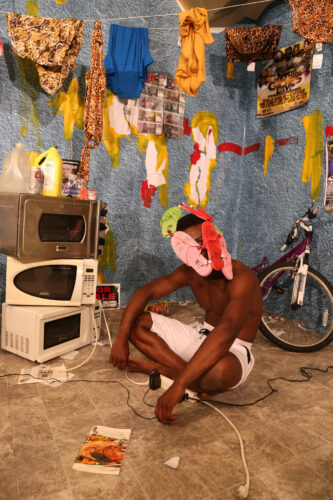 Viewers of the exhibit will see the work of Priscilla Aleman, Phylicia Ghee, Cornelius Tulloch, Catherine Camargo, Carlos Hernandez and Jessica Kim. among others.

Eli Dreyfuss’ piece entitled, “A piece of Me” tackles the theme of home through a discussion of patriotism. In it, stars and stripes serve as a backdrop for the image of a young man who is posing on his birthday. His eyes are closed, perhaps deep in thought.

“What I found unique about that portrait was the fact that he was at peace with himself in that very moment,” says Dreyfuss. “Despite all the chaos in the world, he’s just standing there in my studio.”

The piece is but just one example of Dreyfuss’ ability of capturing the souls of his subjects as he pulls their essence through his camera lens.  “I call myself a creative storyteller with the ultimate goal to connect with other people,” he says.

It is through this connection achieved with the original portrait that ultimately evolves into something else – something that for him was as equally as poignant.

“Two months later, during the Black Lives Matter protests, I felt very affected,” says Dreyfuss. “It moved me to do something, to make a statement. Obviously with COVID, I couldn’t go out and shoot any pictures of people. That photo stood out the most because the whole world was in shambles and he’s standing there looking at me through my screen. So, I decided to blend it with the American flag,” explains Dreyfuss. “It was at that point in the world when everyone had questions about freedom. And you had to ask yourself, ‘What does freedom mean?’ I wanted to showcase the beauty of that peaceful moment, because there’s that juxtaposition with the chaos.” 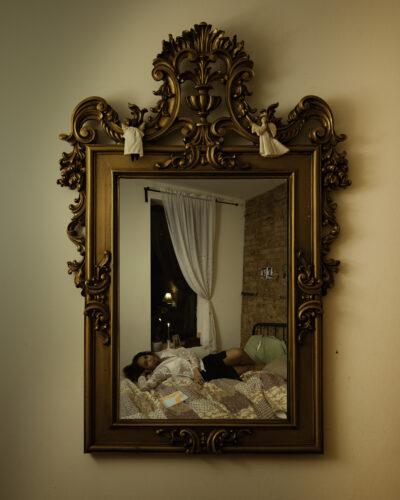 Carlos Hernandez, “Savannah in Her Bedroom” (2021).
(Photo courtesy of YoungArts)

Following the Miami showing, the pieces are scheduled to move on to the Department of Photography and Imaging, Tisch Gallery at New York University. There, it will be on view through the fall semester.

This will be the first time that a YoungArts exhibit will travel to New York. Múnera hopes that it will open the door to future opportunities.

“Thinking big picture, we would love to be able to partner with educational institutions or other galleries in New York, Miami or Los Angeles to take on shows that we have produced here. So that is something that we are hoping to expand within our exhibition program but (we) feel quite lucky that ‘Home: Reimagining Interiority’ will be the one to make that first round.”

Testimonies on how young artists view their individualized concepts of home are what make the exhibition so captivating, according to Múnera.

“There is a lot of power in their storytelling,” she says. “I think that these young artists have their finger on the pulse of what is going on and the way that people are speaking about certain things. So, in that, I think that this exhibition really highlights the difficulty that everybody was experiencing during the pandemic. In that sense, I think that it reaches many audiences and their individual stories are also quite beautiful.”

WHEN: On view by appointment through Monday, Aug. 1.

Surfside resident Oliver Sanchez called on the talents of his close networks of artists to create "CHAMPLAIN in memoriam" at Swampspace, his Design District gallery and studio space.
Continue Reading