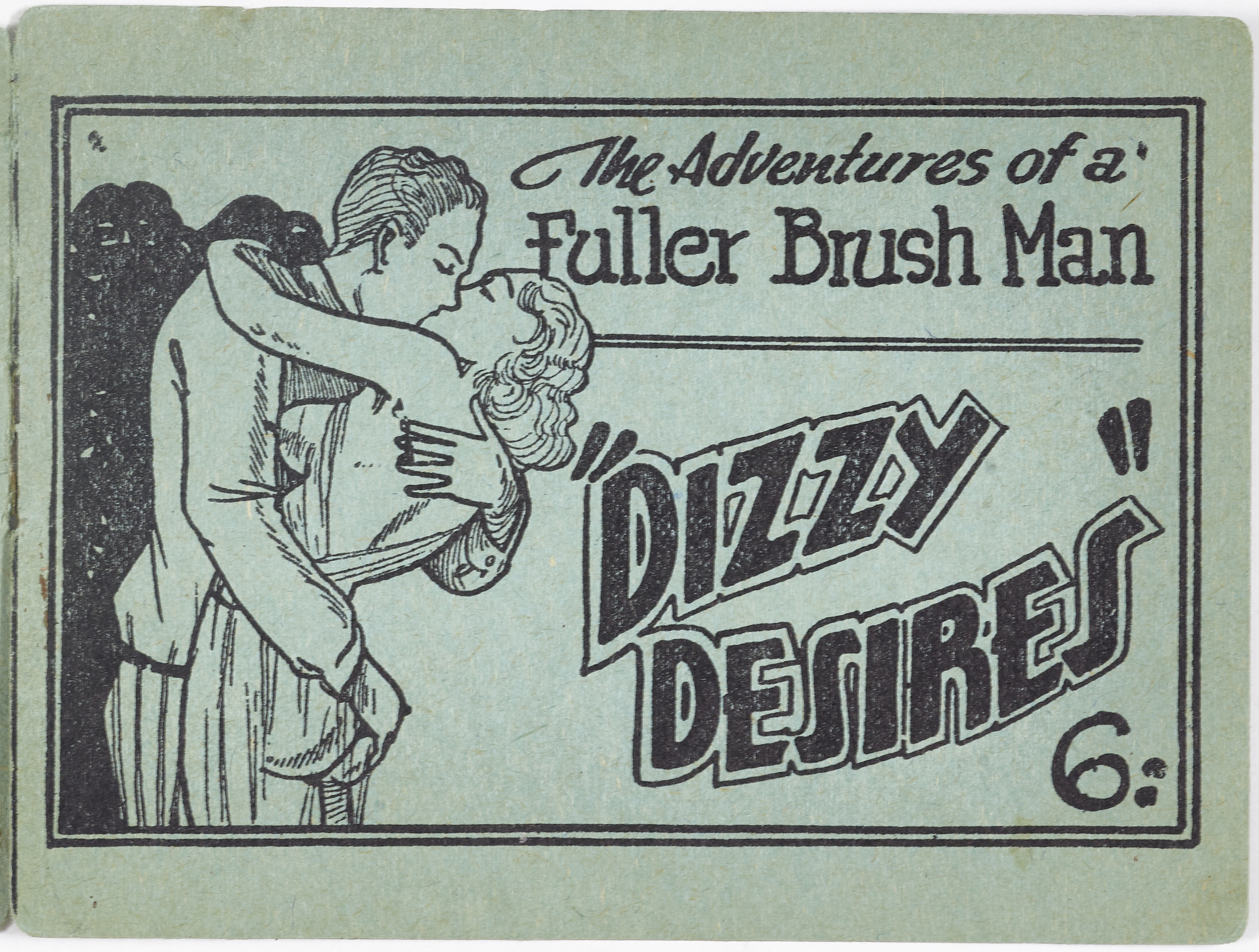 It’s been an amazing ride around the universe as mapped by indefatigable world traveler, collector, philanthropist and Miami Beach native Mitchell “Micky” Wolfson Jr. since his namesake museum, The Wolfsonian-Florida International University, opened to the public in 1995.

Wolfson donated the museum building and its collection of about 80,000 objects of art and design to the state of Florida in 1997, paving the way for FIU to operate the museum.  Now, with holdings numbering more than 200,000, this Miami Beach institution celebrates its founder’s legacy and 80th birthday with “A Universe of Things: Micky Wolfson Collects.”

The yearlong exhibit, which opens Nov. 15, brings together almost 500 objects spanning a century of modern history, from 1850 to 1950. It promises a dynamic testament to the museum’s mission, which emphasizes showing how historic objects convey insights for understanding both the past and present and for shaping the future.

Published on the occasion of this exhibit is Wolfson’s book, “The Wolfsonian-FIU: Founder’s Choice,” which offers lively accounts of why and how he came to acquire 37 objects, some on display in “A Universe of Things.” He is expected to discuss his book during the Miami Book Fair at Miami Dade College.

Wolfson began “Founder’s Choice” with a telling quote from the 1929 poem “Things Men Have Made” by English writer D.H. Lawrence. The poem’s title neatly sums up the focus of his collecting for museums he’s founded, The Wolfsonian in Miami Beach and The Wolfsoniana in Genoa, Italy. 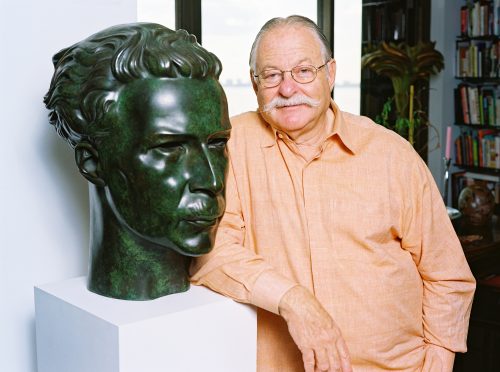 The book features musings on a favorite among museum visitors: the over 6-foot-tall, robotic and almost comically muscle-bound aluminum figure that’s stood at the Wolfsonian’s entrance for years. It will be featured in a section of “A Universe of Things” devoted to objects made of aluminum.

About this figure – “The Wrestler,” made in 1929 by Dudley Vaill Talcott – Wolfson writes with characteristic wit that it is “situated as a kind of foreboding maitre d’ on the first floor of the  Wolfsonian. Human or automaton, hero or foe? The disquieting ambiguity reflects an underlying current of the period – the yearning to be modern was not without anxiety. ”

Reflecting on the years since the Wolfsonian opened its doors, museum director Tim Rodgers says, “There has been a lot of reconsideration among art historians, museum professionals, but also the general public, about what constitutes appropriate material for a museum to hold and present. I think in many ways the world has kind of caught up with Micky and now can see much of what he collected in a more favorable light. It required people to really see the value in objects made by humans that weren’t necessarily just made for the elite class.”

A section of the exhibit will explore the “role of books as a social force” in the collection, says curator Shoshana Resnikoff. This section will include the 1930 stained-glass window by Harry Clarke, prominent in the Irish Arts and Crafts Movement. Clarke’s luminous window was intended as a donation to the League of Nations in Geneva from the Irish Free State, which ultimately rejected it because it featured scenes from works by contemporary Irish writers deemed too controversial for the time.

The window, Resnikoff adds, has often been on view but now can be seen in a new light “as a visual representation of literature.” It will be shown with books including a copy of Adolf Hitler’s “Mein Kampf” in Braille.  About finding this peculiar Nazi publication, Wolfson wrote in “Founder’s Choice”: “How does one reconcile its publication with the fact that the author was determined to eliminate persons deemed ‘defective’? I certainly recognized a rarity when I saw one.” 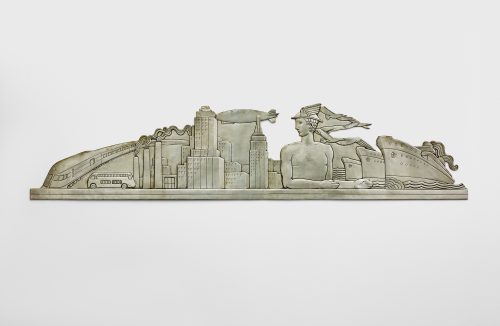 This chrome-plated aluminum piece, “Panel, 1929-30,” is part of the “A Universe of Things: Micky Wolfson Collects” exhibit. (Photo courtesy of The Wolfsonian-Florida International University)

Another book in the exhibit features beautiful illustrations of Czech Gothic paintings.  It was published in 1938. “Only later after really looking at it, he realized that was a very political work and created as a reaction to Nazi Germany,” Resnikoff says. “It was really promoting national identity for the Czech people.”

With the museum’s focus from 1850 to 1950, “A Universe of Things” does not directly address how climate change and rising seas threaten Miami Beach although, in a way, the building itself does. As research curator Lea Nickless explains, the Wolfsonian’s 1927 building was designed “as a bulwark against the Miami Beach environment.” Constructed after the 1926 hurricane, it was meant to be a “protective, fortress-like structure with 40 percent more steel than was required at the time. Very few windows. Very thick walls.”

And, making a point both chilling and prescient for a museum providing historical insights applicable to the present day, she adds that the lobby “is built to allow water to come inside. Miami Beach has always been a vulnerable place.”

To celebrate Wolfson’s birthday, the Wolfsonian-FIU has partnered with the City of Miami Beach to host a block party from 7 to 11 p.m. Nov. 14 along 10th Street, between Washington and Collins avenues, with food trucks, cash bars, music by the FIU Marching Band, and a free concert by Nu Deco Ensemble. Museum admission is free for this event.

Just a few days later, Wolfson will be discussing his book at 7 p.m. Nov. 21, as part of the Miami Book Fair, in Building 1, second floor. Admission is free.

What: “A Universe of Things: Micky Wolfson Collects”

Admission: $12 for adults; $8 for seniors, students, and children age 6-18; free for Wolfsonian members, State University System of Florida staff and students with ID, and children younger than age 6.