Review: ‘Metaphysical Hotline’ is a moving sensory experience with a message 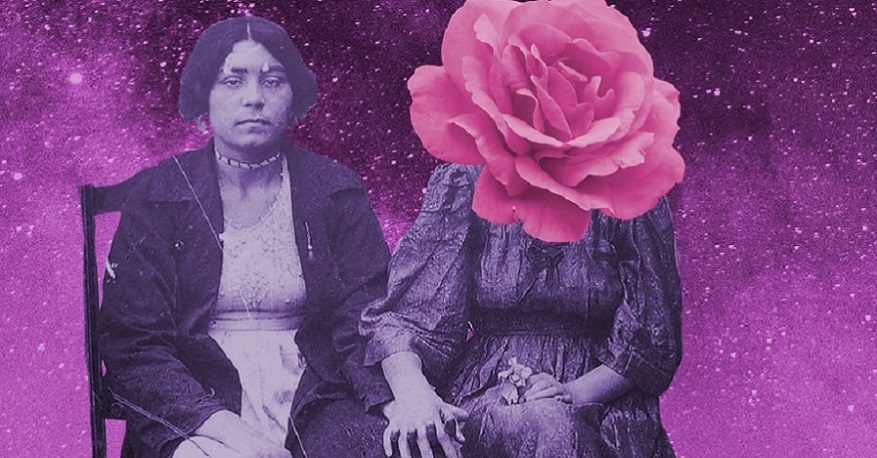 Driven by a caring for the environment – although it goes so much deeper than that – interdisciplinary artist Fereshteh Toosi’s interactive phone theater performance, “Oil Ancestors: Metaphysical Hotline,” is an entertaining, sensory experience with a message.

The plot, so to speak, is that the Metaphysical Hotline is seeking “curious, open-minded volunteer participants for a research study about power and responsibility in an era of rapid global change.”

The 30- to 40-minute hotline provides an intimate conversational performance about the health of the planet. However, Toosi doesn’t push or prod the participant to be swayed into a particular way of thinking. Instead, they allow for, and hope for, reflection on the person’s ecological position in the world.

The initial conversation is with a medium (Toosi), who channels a futureling, a being from the “seventh generation.” The premise is that the futureling is trying to contact her grandmother but is instead transferred to the hotline participant, who is referred to as an “ancestor” during the call.

While the conversation has a lighthearted tone — as Toosi adopts a younger, inquisitive demeanor for the future being who has a few questions about life in the current environment — underneath the playfulness are some fundamental musings.

The work is the fourth piece in the second cycle of Miami Dade College’s Live Arts Miami’s LALA residency, with performances made in Miami. All the artists selected for the second LALA (Live Arts Lab Alliance) artist-in-residence commissions shared a passion for climate justice, according to Live Arts Miami executive director Kathryn Garcia.

The piece wasn’t originally envisioned as a telephone performance. Toosi said they played around with different ways of delivery, but since the ideas were in development before the COVID-19 quarantines started, they had to come up with a method that would be pandemic-proof, even if the epidemic had a limited shelf life. Which, as we know, it didn’t.

However, the hotline creates an intimacy with its one-on-one format. The live and interactive audio experience recalls elements of an old-time radio play. At different moments throughout the call, the futureling asks whether the participant would like to hear some unearthed historical archives.

One of the recordings is of Zora Neale Hurston, a Florida writer and anthropologist. She relates how she learned the song, “Let’s Shake It,” from a worker laying railroad tracks for Florida East Coast Railway founder Henry Flagler. Another recording featured the 1940s track, “Aladdin’s Lamp,” by The Ink Spots.

“We can think about our present times through the histories, through the recordings played [in the piece],” Toosi said 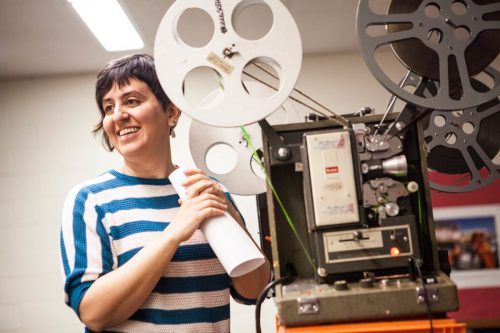 The hotline conversation evolves from Toosi’s interest in how the past influences the present. Ironically, in speaking with the future being in the present, the speaker is put in the position of influencing the future. It is quite an astounding observation to consider.

“Oil Ancestors: Metaphysical Hotline” is free, and those who wish to participate are asked to complete a questionnaire online. Currently, there are only a few openings left for the run of the phone theater, but Toosi encourages people to fill out the pre-performance questionnaire for either a chance to participate or to help bolster a future archive.

The questionnaire is not a test and doesn’t decide whether someone will get a chance to participate in the piece based on the answers. If accepted, the participant receives a notification with an appointment time.

The questionnaire gets the wheels turning:

What is one of your greatest strengths as a human living in the 21st century?

Have the actions of people from previous generations affected your life?

Please share a story about a meaningful interaction you’ve had with an animal, plant, stone, or waterway.

In a poignant moment near the end of the piece, the futureling extends an olive branch to the ancestor on the other end of the line: “We are really grateful for you and everyone in your time who are working to change how things are happening so that humans can get back on track for survival. The fact that we can find water to drink, and soil that’s safe to grow our food, it’s only thanks to the work that you are doing on our behalf.”

No matter which side of the eco fence you are on, the message of the “Metaphysical Hotline” is tender, but firm. It’s also an extremely well-done performance art piece.

WHEN: By appointment, through June 20

HOW: Take the questionnaire for a chance to participate in the interactive experience at Oilancestors.com/metaphysical-hotline. Many slots are filled, but the artist says appointments may open up due to cancellations.