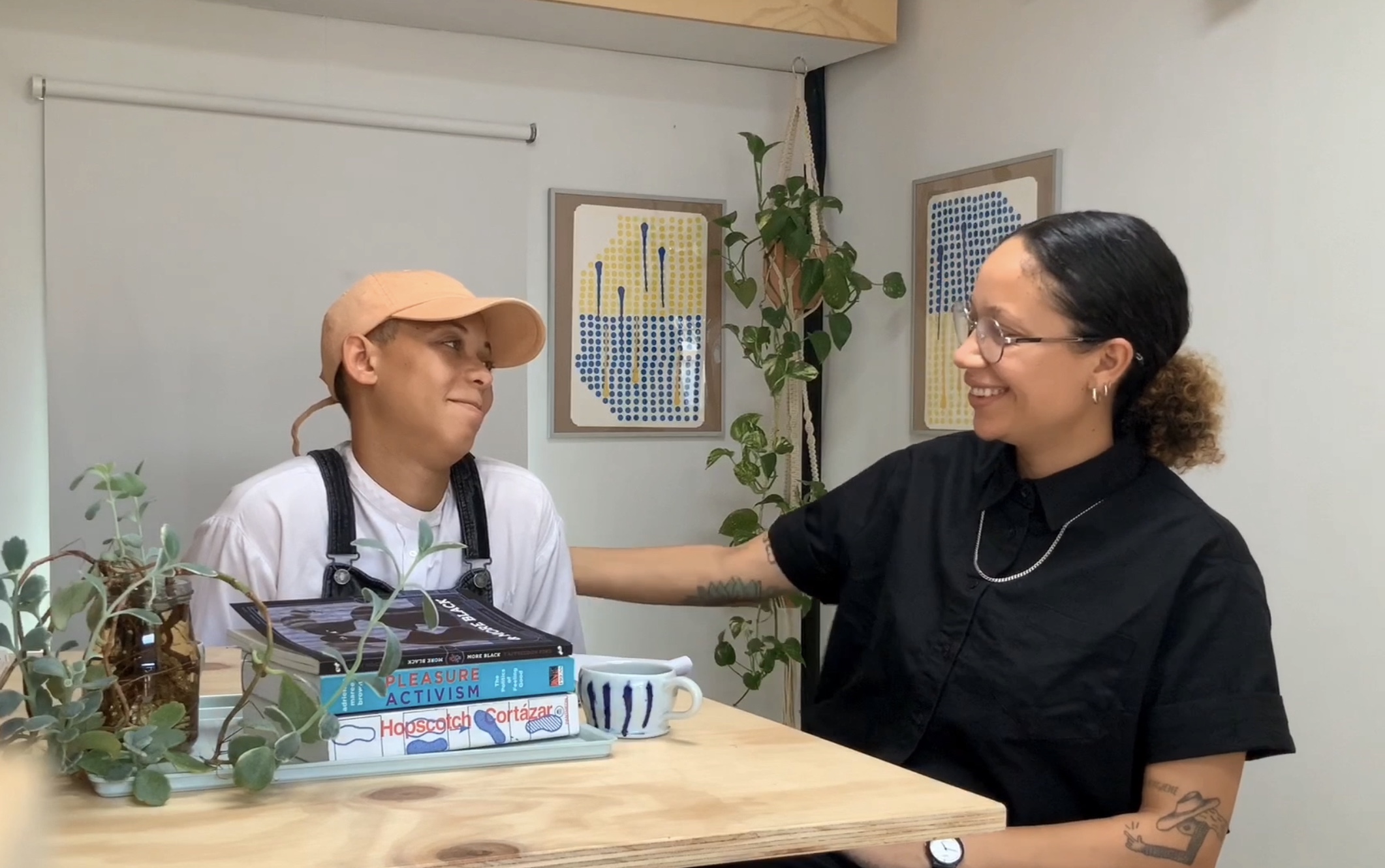 Not only is it where they shelter in place, but it’s also their studio for producing a timely series of performances on YouTube. No need to observe social distancing for these public art performances, part of the artists’ community-engaged social practice.

The pair – creative thinkers active in Miami’s art community – have been working at home on a new project, “Aesthetics of Mobility,” which they began posting on April 16 on YouTube. It’s a series of conversations about their process of living together as artists in a small, mobile space. The space was designed for sustainable living in a pre-virus era, though now its economic concept and design look prescient during these days of quarantine.

“Aesthetics of Mobility” offers corona-era insights on creative possibilities for artists of most any genre, surely viable for post-lockdown times when sustainability may be ever more necessary.

Conversations between Gonzalez and Moon can ramble and sometimes seem tinged with self-promotion, but overall their talks are disarming and informal, free of pretentious art jargon. It’s a refreshing addition to the relatively static experience of seeing art online when venues are in lockdown.

Cheerful ribbing occasionally punctuates the back and forth. Gonzalez and Moon muse over the decisions they’ve made and are still making for this space, which was designed for their own purposes and at their own expense.

Having already accomplished the back-breaking work of converting a 15-foot box truck into a tiny house, they started the series on YouTube to archive their current experiences.

“Now that we are living in it, there’s another kind of learning process that’s happening,” said Moon, who is co-founder of the BLCK Family, a Miami-based creative collective known for performance art.

“I do consider the archive part of my practice,” she added. “Our practice is not just limited to the things you produce. I’m always trying to be aware of how my life is influencing my work.”

The first episode was a lively introduction to the series. Moon struck a humble note, uncomfortable with the idea that anyone can truly own land. She expressed gratitude for being able to “borrow the land” wherever the house happens to be parked.

The second episode focused on their Murphy bed, not only as a place for sex but as a sanctuary for dreaming, Gonzalez said. It’s a vulnerable place, added Moon, a place to shed the goal-oriented “performances” of daily life. They riffed about the social pressures that misconceive taking time to rest and reflect as a form of laziness.

The first two episodes of “Aesthetics of Mobility” were supported by a stipend from the Bakehouse Art Complex, where the two share an outdoor studio.

“I loved the project when Najja showed me the drawings at the very beginning, a year and a half ago at least,” said Bakehouse acting director Cathy Leff. “It was about sustainability. How could you live minimally? What do you really need? I could see the exquisiteness of their thinking.

“It’s designed like a perfect space … really nice materials but not fancy. It supplies everything they need. Especially in times like these.” 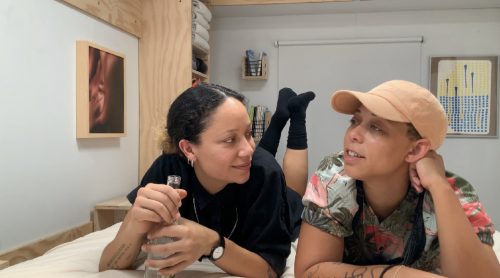 “Aesthetics of Mobility” is encompassed by an earlier project, “Living Life as Practice,” first conceived by Moon. The larger project, Moon explained, speaks to ideas that “the way we live our lives, the relationships we have, the food we eat, the way we party, the way we have sex” all inform work we do.

“I wanted to dedicate some time to building my living environment and see how learning a skill would impact my art practice on a larger scale,” she said.

When the lease on her Little Haiti apartment was not renewed, Moon decided to build a tiny house, an idea she’d had for some time. She purchased the box truck in December 2018 and started living in it over the summer of 2019.

“It did not look as beautiful as it looks now,” she said, laughing. “There was a point when my partner and I literally gutted everything and rebuilt everything. I have learned so many skill sets.”

Together, they did the electrical wiring and built the furniture. The house runs on solar energy.

Their tiny house is on target to produce more big ideas.

On April 29, Locust Projects announced that Gonzalez was awarded a $6,000 WaveMaker grant to create new work, titled “Supplement Projects.” It will be interwoven, Gonzalez said, with the interconnected projects “Aesthetics of Mobility” and “Living Life as Practice.” Each will be developed from the tiny house she shares with Moon.

It’s nomadic – emphasizing both collaboration and community – and will take place in various locations, from homes to empty lots, all beyond traditional gallery spaces. It will highlight “marginalized or under-represented artists, curators, activists and cultural practitioners,” she said.

This experience has pushed the couple to think about how to be more self-sufficient.

“We do go to the grocery store once a week, so we’ve started planning how to integrate a garden into our home,” Moon said.

Still, she added, “I miss people and bodies and community. That’s why so much of my practice is a social practice. I don’t think art is made or happens in a silo. I think there are introspective moments, but that living life as practice is real for everybody.”

To watch the series, search for “Aesthetics of Mobility” on YouTube.com.