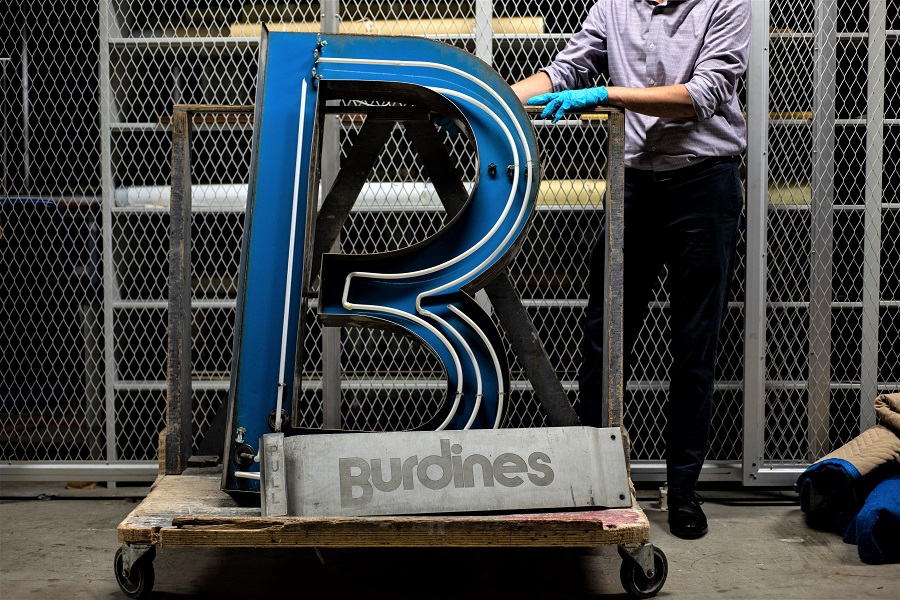 The six-floor flagship Burdines store, on the corner of Flagler Street and Miami Avenue, became synonymous with the city’s downtown in 1947. The neon sign adorned the corner of the building until 2005, when Macy’s, which then owned the store, renamed it and took it down. (Photo courtesy of HistoryMiami Museum)

“Someone once referred to HistoryMiami Museum as Miami-Dade County’s attic,” says Paul S. George, who has been the museum’s resident historian for more than three decades.

This “attic” is filled with all things Miami. Now, with the museum coming up on 81 years of collecting, and Miami celebrating its 125th anniversary of incorporation on July 28, HistoryMiami’s curators have combed through their vast stash to present “It’s a Miami Thing: Highlights from Our Collection.”

“The core idea behind the exhibit, as the subtitle suggests, is to feature highlights of our extensive archival and objects collections,” says Michael Knoll, the museum’s director of curatorial affairs and chief curator.

These items help “tell the stories of our community,” he says, and reflect the uniqueness of the city — they “help make Miami, well, Miami.” 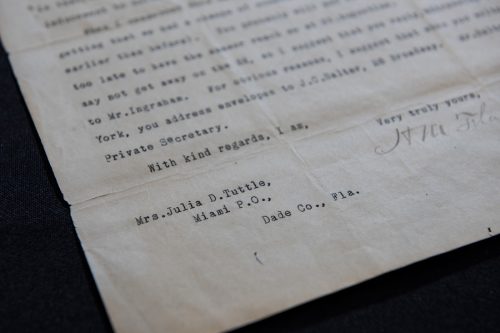 “It’s a Miami Thing: Highlights from Our Collection” is scheduled to open with a community celebration on Thursday, July 29, and remain on display through Jan. 9, 2022.

So, what have curators taken out of their trunks for this landmark display?

Highlights include the trademark cape of TV psychic astrologer Walter Mercado and the landmark neon “B” sign from the Burdines store that was a quintessential part of downtown Miami from 1947 until it was taken down in 2005. There are the marvelous maritime treasures from a 1622 shipwreck found sunken off the Florida Keys, and a circa 1980 airboat from the Everglades, a donation from the Airboat Association of Florida, that was delivered and set up specifically for this exhibit.

“The museum is the repository for so much. I could spend months and years and never exhaust everything that’s there,” George says. “You really could spend half a lifetime going through its collection.” 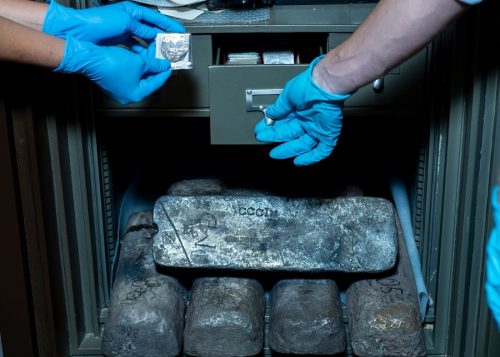 HistoryMiami has some of the rare treasures from a 1622 shipwreck that was discovered off the coast of the Florida Keys. (Photo courtesy of HistoryMiami Museum)

The exhibit’s curators know visitors don’t have half a lifetime, Knoll says, so they’ve created a framework to showcase the strengths of the collection, divvying hundreds of items up by type of object, from textiles to objects related to architectural drawings to archival materials that cover everything from historic signs to cherished letters.

The textiles area is where you’ll find Mercado’s cape and another “don’t miss,” according to Knoll: a Bahamas Junkanoo Revue costume, made and worn by ensemble leader Langston Longley.

Turn the corner to the archival section and the area is dedicated to various items related to journalism. “There’s much from the Miami Herald’s history,” Knoll says.

Featured in the archival area are photographs, maps, architectural records, and the one item that never loses its fascination for historian George — a typewritten correspondence from Henry Flagler, considered by many to be the “Father of Miami,” to Julia Tuttle, the so-called “Mother of Miami,” written in April 1895. 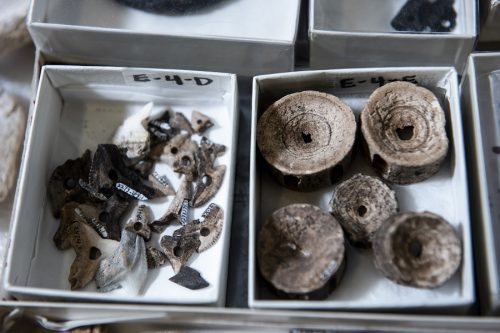 During construction of what is now Hard Rock Stadium, crews unearthed interesting finds, which turned out to be Tequesta Tribe artifacts. (Photo courtesy of HistoryMiami Museum)

The letter is significant in the exhibit since it coincides with the date of Miami’s incorporation and part of the “It’s a Miami Thing” celebration. In the letter, Flagler agrees that, in exchange for half of Tuttle’s Miami property and the right to build a resort hotel near Biscayne Bay, he would extend his Florida East Coast railroad from West Palm Beach to Miami. Almost exactly one year later, on April 15, 1896, the first train arrived in Miami, and the town was officially incorporated on July 28, 1896.

“In many ways, it is one of the city’s birth notes,” George says. “This [exhibit] can really give a sense of where we’ve come from and, hopefully, what we are going to become. There is such a great variety of artifacts that point to these human experiences.”

The museum, as the official repository for archaeological excavations conducted in Miami-Dade County, also has some “remarkable” artifacts, which visitors will get to see in the exhibition, according to Knoll.

Construction crews digging ground for Joe Robbie Stadium, now called Hard Rock Stadium, unearthed an interesting find — artifacts dating from about 800 A.D. A state-mandated archaeological excavation of the site uncovered arrowheads and pottery associated with the Tequesta, one of the first Native American tribes to settle in South Florida in the 16th century, and copper arrowheads made by Seminoles living on the site in the 19th century. 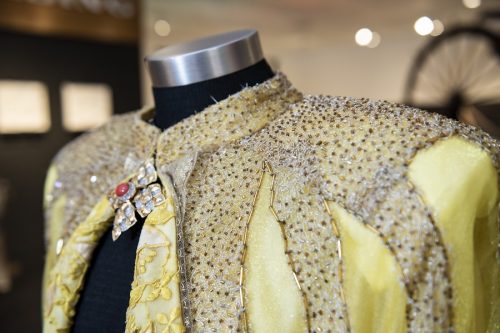 Also included in the exhibit are Spanish treasures salvaged from the 1622 Nuestra Señora de Atocha shipwreck, which was discovered in the 1980s off the coast of the Florida Keys.

But the exhibit wouldn’t be complete without a lasting legacy left by its current inhabitants, Knoll says.

“Inside the gallery, there will be an area to record a video that will be immediately uploaded and added to the exhibition. This is where the public is invited to reflect on and share what their own personal ‘Miami thing’ is,” he says.

For those who want to contribute from home, the museum’s website will feature an interactive portal through which people may record their own “It’s a Miami Thing” recollection and upload it. Those, too, will be added to the exhibit, Knoll says.

In summing up the relevance of HistoryMiami’s exhibition, George thinks back to what Miami has been through in the past year, including the most recent tragedy of the Surfside building collapse.

“The past gives us a perspective on today and a point of view of the future,” he says. “The past is really a source of solace during times of crisis.”

WHAT: “It’s a Miami Thing: Highlights from Our Collection”

COST: Free admission through Aug. 31. Starting Sept. 1, admission will be $10 for adults; $8 for seniors and students with identification; and $5 for children age 6 to 12 $5. Entry is free for museum members and children younger than 6.