‘Prelude to 2100’ at Deering Estate envisions Miami in the future 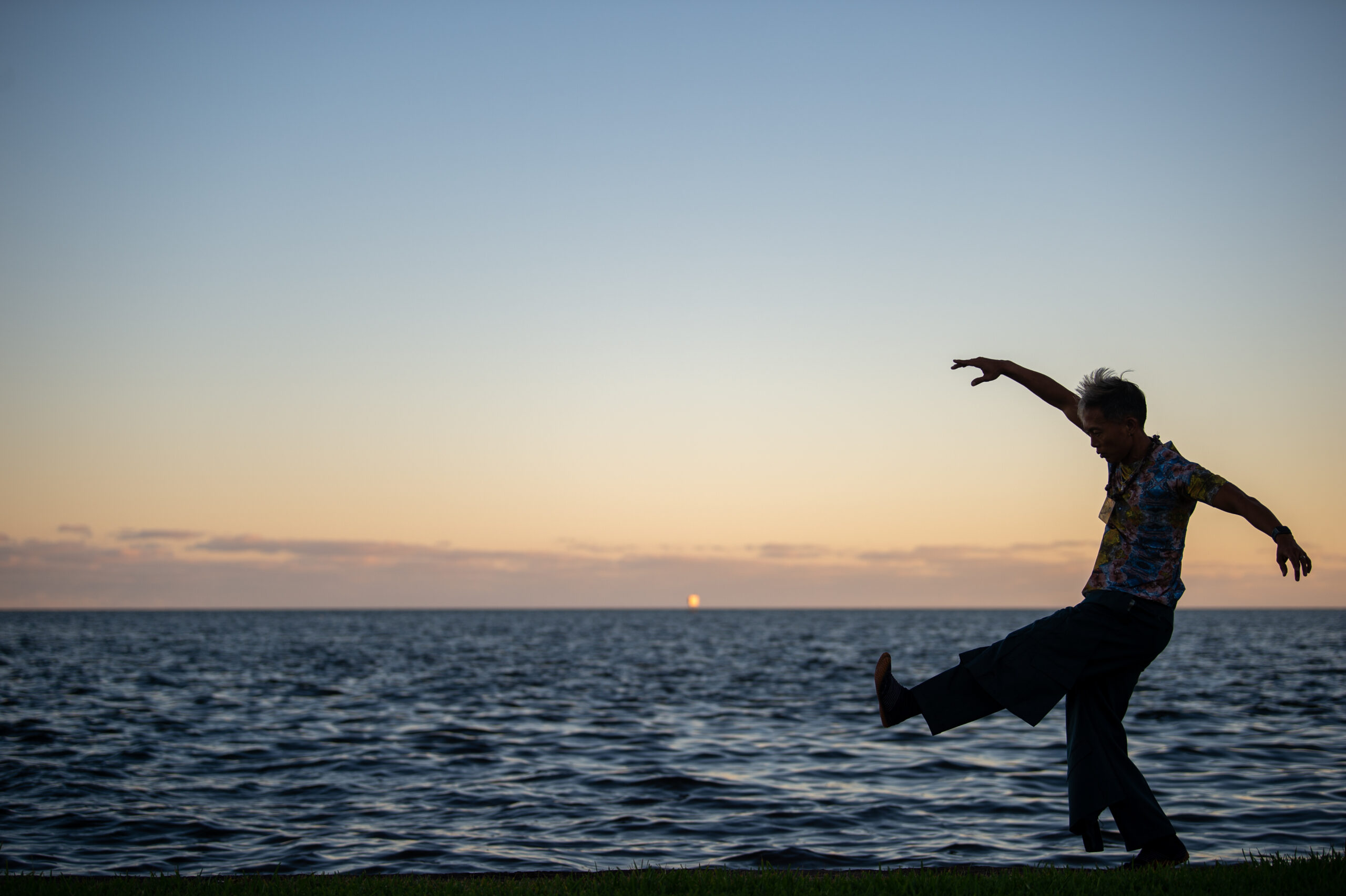 Actor Dito Sudito portrays the Indonesian-born Buana, a character in Susan Caraballo and Juan C. Sanchez’s play, which is part of “Prelude to 2100.” (Photo/Armando Rodriguez)

“Prelude to 2100” is artist Susan Caraballo’s vision of a future Miami besieged by climate change.

Set decades from now, this immersive arts experience allows us to see much of what we’ll need in order to live in a world that could change in ways we can’t — or don’t want to — imagine.

And inspiration. “I’m trying to create ways to think about our future. What are things we could do now?” says Caraballo, the project’s curator and producer. “Part of the challenge is people feel they can’t do anything [about climate change]. How can you make people feel empowered? Because you have to have hope.”

“Prelude to 2100” is set for Feb. 3-4 and 6 at the historic Deering Estate in south Miami-Dade County, bringing together more than 30 Miami artists from the theater, dance, visual arts, music, performance, and harder-to-define creative arenas.

The central concept and theater performance imagines the Deering Estate in 2050 as a co-housing complex, where its residents — climate refugees from throughout the United States and the world, are hosting an open house to interview potential new members of their community. Actors play the residents in interlocking scenes written by Juan C. Sanchez, the playwright known for the popular “Miami Motel Stories” immersive theater project.

They are surrounded by other pieces and performances that present ingenious reactions to a Miami transformed by higher seas, hotter temperatures, more frequent hurricanes, and other possible consequences of a changing climate. Most pieces are interactive in ways that provoke visitors to think about how they contribute, negatively or positively, to that transformation. 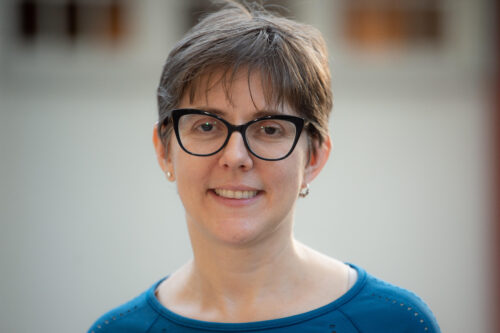 Susan Caraballo, creator of “Prelude to 2100,” was one of the artists chosen for MDC’s Live Arts Lab Alliance (LALA) Artist-in-residence Program and its EcoCultura series. (Photo/Armando Rodriguez)

For example, artist Kerry Phillips, whose work straddles the worlds of installations and performance, has created a thrift store/library of things where people can borrow or buy things they need. The idea of a library of useful things is among the real-world strategies in the “degrowth movement,” which advocates moving away from consumption-driven, constant economic growth and toward a system that prioritizes environmental and social well-being. Proceeds from purchases at Phillips’ spot will go to climate-change nonprofit groups.

Ticket-buyers to “Prelude to 2100” will get $5 worth of artist Carrie Sieh’s special hyperlocal currency, which they can use to purchase from Phillips’ store, buy drinks or food from on-site vendors, or donate to a climate nonprofit organization. The idea is to get people thinking about the effects of their spending.

To get one of artist Laurencia Strauss’ bubble pops — ice cream popsicles in the shape of the Miami skyline — guests will need to write down an idea for dealing with climate change. Once the treat is consumed, the leftover wooden stick will reveal an inscription the advice of previous participants.

While the overall concept is Caraballo’s, bringing together different artists to contribute other ways to express that idea was equally crucial to “Prelude to 2100,” as artistic collaboration became a metaphor for how she believes people will need to work together to deal with the climate crisis. She and Phillips came up with the thrift store/library idea together. She and Sanchez worked on the story and characters for the central theater piece, also shaped by director Jennifer de Castroverde, sometimes adapting characters to fit the actors.

“Am I the curator or the collaborator?” Caraballo says. “I wanted to use people’s talents and art and integrate them into a story similar to the way you curate an exhibit. This is doing that, but on a multidisciplinary level.”

“Prelude to 2100” includes fellow EcoCultura artists, including choreographer Michelle Grant-Murray, whose “UnEarth” uses an ancient African diasporic legend to explore collective and ancestral memory through the Black female body. Choreographer Sandra Portal-Andreu’s dance solo, “Terra Firma,” is performed by Stephanie Bastos — and inspired both by collaborator Betty Osceola, a Miccosukee poet, Everglades educator and activist, and by Portal-Andreu’s investigation of her own identity as the daughter of immigrants.

“What is the native community’s relationship to the land that we aren’t taught?” says Portal-Andreu. “As an immigrant in this space, what am I missing in terms of history and culture and knowledge? It is about land acknowledgement, but also about honoring the memories created in this place.” 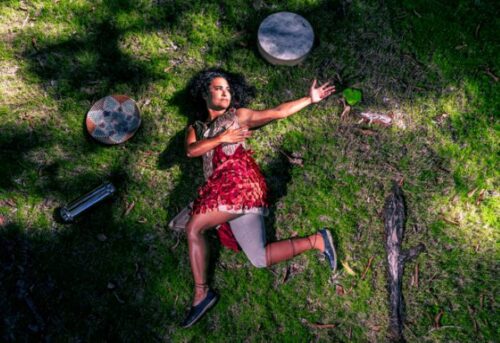 Grant-Murray and Portal-Andreu’s desire to look to an ancient human past resonated powerfully with Caraballo.

EcoCultura was Live Arts Miami’s response to a crucial Miami problem: “We started EcoCultura because we were driven to do something about the ever-worsening climate crisis,” says Live Arts Miami executive director Kathryn Garcia. “We believe that artists are powerful agents of change and transformation, the social catalysts of social and environmental justice.”

Garcia believes Caraballo’s “Prelude to 2100” is a potent way to provoke that change.

“Susan is facing head-on all the anxiety we live with about what Miami will be like in the future by immersing us directly in it,” she says. “She is proposing alternative ways of living that are in better balance with the natural systems we depend on. So, it is at once realistic and full of imagination. That seems to me the perfect metaphor for how we should all proceed as we confront the climate crisis.”

“Prelude to 2100” is also inspired by Caraballo’s desire to change her own life. In 2016, she was feeling burnt out by the relentless professional hustle of working as an independent curator, while also driven to act on the social justice and climate issues she felt were upending the world. She received a 2019 Knight Arts Challenge grant for the project, #ARTiculatingClimate: Art Actions for Change.

But even as she got the grants and residencies, the pandemic forced her to slow down, as well as to manage the changing obstacles created by COVID-19. That process got her thinking about how she, and everyone else, will have to change along with the climate.

“We need to slow down,” Caraballo says. “We have to be sustainable; we’re working ourselves to death. It’s not what life is about.”

The latest adaptation came when the Omicron wave prompted Deering and Live Arts Miami to cut performances of “Prelude to 2100” from two weekends to one, and to move the painstakingly staged play outside. After two years of working toward the event, this could have been intensely frustrating. But Caraballo seems to be taking it in stride.

And isn’t that the whole point?

SAFETY PROTOCOLS: Facial coverings will be required indoors, and all visitors and staff must maintain social distancing.