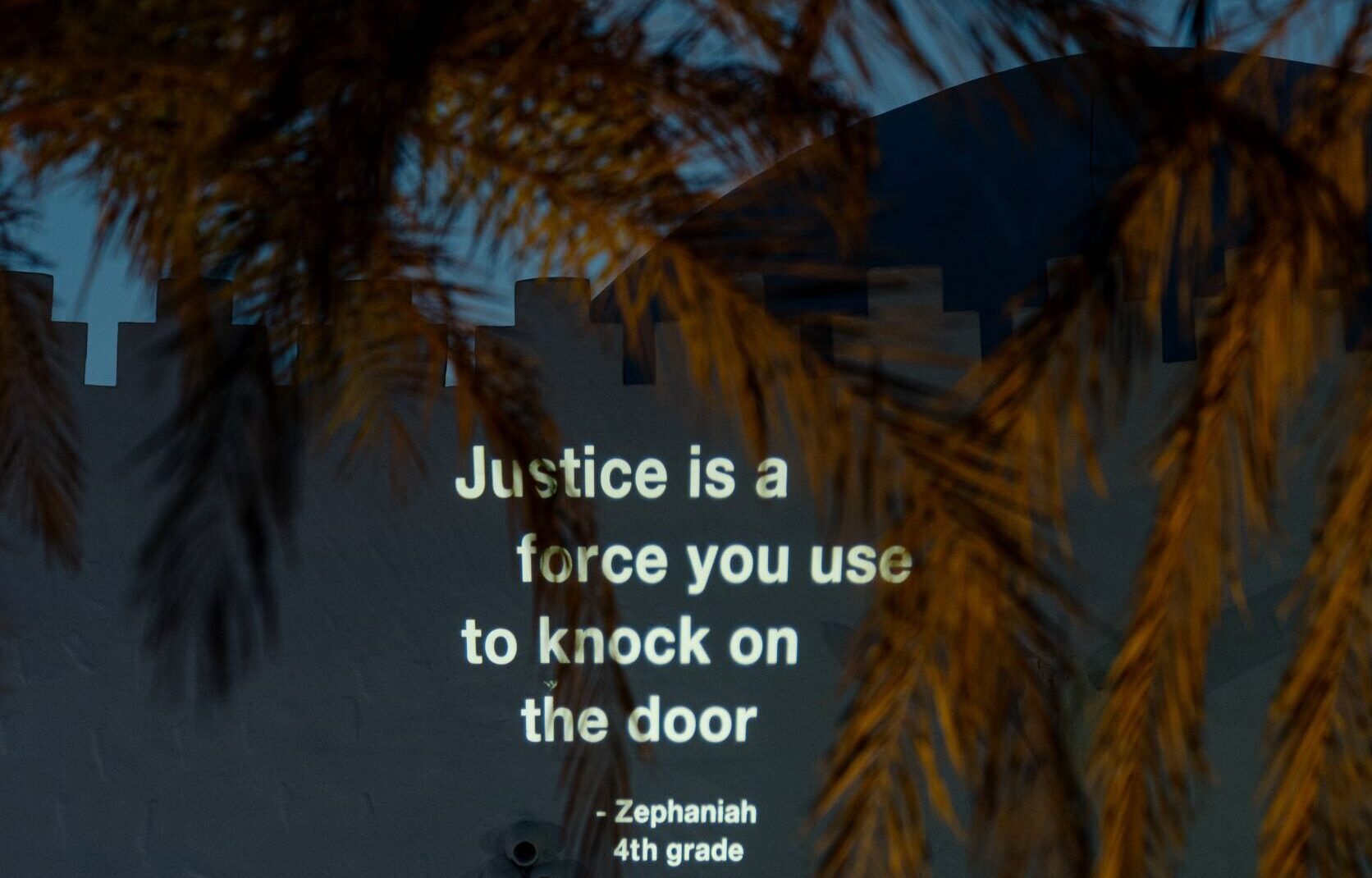 One of nine poems featured as part of the Opa-locka Light District. (Photo courtesy of Gesi Schilling)

Femi Folami-Browne needed a break. After spending considerable time producing “When Liberty Burns,” an award-winning documentary on Miami’s 1980 “McDuffie Riots,” she welcomed the opportunity to delve into something that wasn’t nearly as hard-hitting.

The opportunity to submit poetry for a new project offered a welcome reprieve.

“There was an open call for writers who had lived in or had been residents of Opa-locka,” she said. “The McDuffie story is a very dark one, and I wanted to do something different.”

Folami-Browne’s connections to Opa-locka are many. Among her memories, she recalls the scent of mangoes in the air, a youthful courtship with a former husband, and raising one of her children there.

Now her words are showcased in the city, along with those of others whose works were selected for the Opa-locka Light District. Created by O, Miami and the Opa-locka Community Development Corp. (OLCDC), the Light District includes nine poems and 10 streetlights along Opa-locka Boulevard — with one light featuring a title card instead of a poem. Through specially designed outdoor projectors, words appear emblazoned onto the pavement below and on building facades. 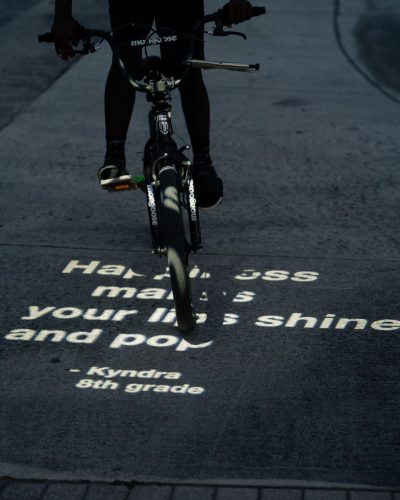 Ashley Cover, who originally came up with the idea, never thought her project would see the light of day.

“I was inspired by protest art seen during the elections in 2016. Those were usually projected images, and I thought how awesome would it be to project poems around the city instead and put a positive spin on it,” said Cover, who is a data analyst for the OLCDC.

The Light District proposal, which was pitched in 2018, went on to win an $18,000 Public Space Challenge grant from The Miami Foundation. It has also received support from the John S. and James L. Knight Foundation and the Andrew W. Mellon Foundation. Moonlighter Maker Lab and Maker Faire Miami, and Mario Cruz, who is involved with both, were then brought in to work on the technical aspects.

“They are the tinkerers and mad geniuses behind this story,” said Melody Santiago Cummings, director of development and communications for O Miami. “The way that it works is that the light shines through a piece of metal that has the poem etched on it, so that when you see it on the street, it’s almost as if it’s glowing.”

The specific components of the lighting units evolved during the planning process.

“The actual physical light structure changed,” Santiago Cummings said. “Initially, they were going to look almost like theater lights: very big and really robust, and then Mario [Cruz] was able to get them to be smaller, less intrusive and lightweight. Over time, they became weatherproof in the process. We were also able to get a longer lifespan out of it.” 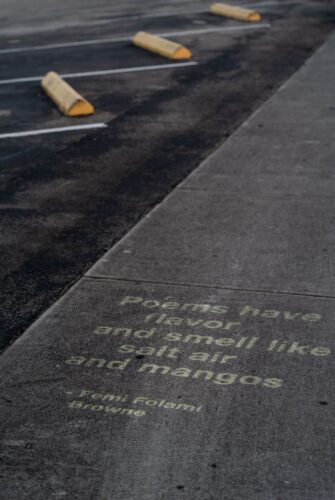 At one point, the project came to a complete standstill: “The main reason was COVID,” she said. “The manufacturer we were dealing with shipped from China, so that just wasn’t a thing for about eight months.”

Due to the delay, the lighting project has now been extended through next year.

“Initially we were hoping to keep them up for a season and take them down during hurricane season, but then we made the choice to keep them up all the way through April 2022,” Santiago Cummings said. “Knock on wood that the weather is fine … [but] since it took a long time to do, we figured why not just keep them up and have them really be celebrated, almost as infrastructure in the city…”

The selection process culled works from multiple sources, including poetry workshops for the general public and for schoolchildren. Poets and writers were also invited to participate.

“Inviting poets of all ages to share their Miami point of view was essential to this project,” Santiago Cummings said. “Our goal with projects like Opa-Locka Light District is that it inspires those who encounter it to identify with their own community.”

Opa-locka Mayor Matthew Pigatt said the lighting project has had a positive impact.

“I’m just in awe and honored that Opa-locka CDC is partnering with our youth to literally light up our community with words from their hearts and their spirits,” Pigatt said. “[It] really brightens Opa-locka at nighttime, so I’m proud that this initiative is going on within the city and that they’re lighting up the community with words of inspiration.” 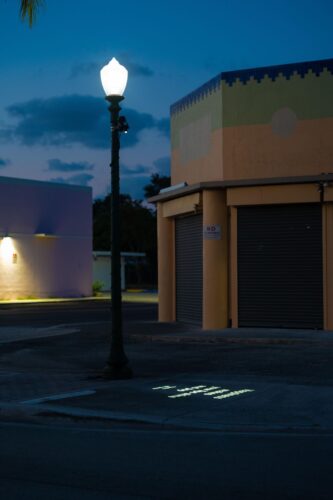 Poet Junior Williams is among those featured, with the words: “A dream is a vessel that runs on the tracks of your mind.”

Jerod Simon, another artist who participated in the program, agreed: “Opa-locka usually gets a bad rap, so to have something so beautiful come out of it is super-amazing.”

Cover hopes the poems will continue to uplift those who see them, especially since she knows how powerful creative expression can be.

A free evening walk event is being planned to coincide with Miami Art Week, with the date and details coming soon. Information on all Opa-Locka Light District community events will be available at olcdc.org/event.