Museum of Graffiti exhibit honors the queen herself: Lady Pink

Female artists are thriving in the graffiti arena. But it was not always this way.

Forty years ago, the graffiti world was male-dominated, and just a few women practiced the art form. Among them was Lady Pink (Sandra Fabara), who embarked on this artistic journey in 1979.

Through May 20, her story is being told at Miami’s Museum of Graffiti, 299 NW 25th St., in the Wynwood neighborhood. The exhibit, entitled “Lady Pink — Graffiti HerStory,” spans her four-decade career, from her start painting on trains to her renown today.

“This exhibit is the story of a young woman who discovered the graffiti art form in high school and how it opened the doors for her as an artist, made her lifelong friends and mentors and peers within the arts, and gave her an avenue to have a successful career,” says Alan Ket, museum cofounder and curator. “It’s also the story of a Latina artist who found her voice and her activism in her paintings. Those paintings are ones that call attention to all types of injustice and things she believes in.” 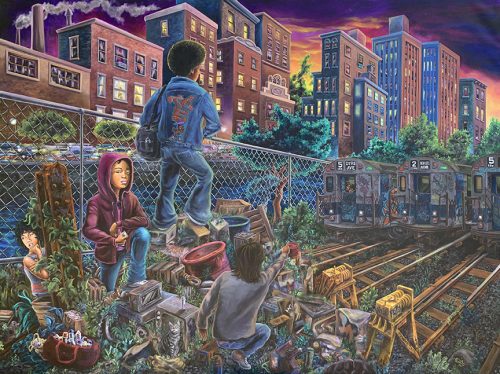 Lady Pink’s “TC5 in the Yard.” (Photo courtesy of Museum of Graffiti)

Known as the “First Lady of Graffiti,” Lady Pink is considered one of the most recognized graffiti artists in the world. She was born in Ecuador but grew up in New York City, where she started painting on trains and walls as a teenager and quickly became known as the only female capable of competing with “the boys” in the graffiti subculture. She was perceived as an abnormality, practicing a form of art once considered dangerous and not always legal.

She began exploring graffiti “for the fun of it,” she says. “It was for the excitement of fame.”

But, of course, she faced the challenges that came with being looked down on by her male peers.

“The boys didn’t take me seriously at first, because I am very feminine. So I had to prove myself to them,” she says. 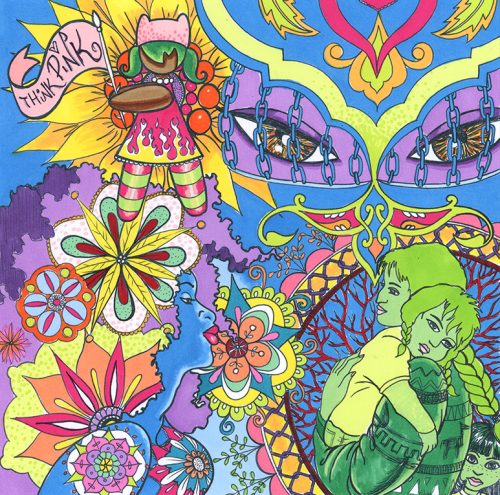 And prove herself she did, getting invited to important exhibits, such as what was considered a groundbreaking New York show, “Graffiti Art Success for America.”

“I was pretty much accepted [at that point], even while I was still an amateur. I was accepted as one of them because there were so few females,” she says. “Also, the male artists were feeling the feminist movement as well. They were being supportive and accepting. Not all of them but most.”

The New York artist has since presented her craft around the world, including in Miami. Lady Pink currently has two murals in Wynwood: on Northwest 26th Street and Third Avenue and Northwest 36th Street and First Ave.

“Lady Pink— Graffiti HerStory” is the first exhibition of the queen of graffiti at Miami’s Museum of Graffiti. Art lovers have the opportunity to enjoy a solo exhibition of her works on paper and canvas, as well as photographs by the New York City graffiti artist, muralist and fine artist. 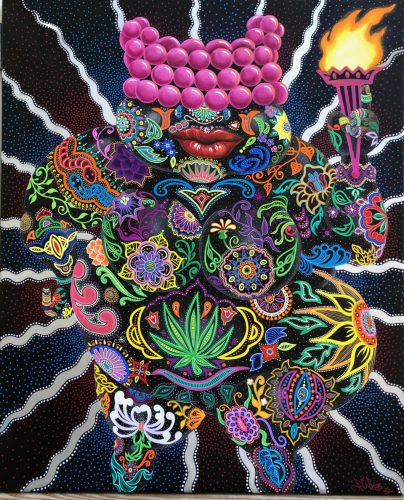 Presented in two adjacent rooms, the exhibit emphasizes the subject matters closest to Lady Pink. The first room has a personal and touching tribute to her teachers and icons of graffiti artists, including Dondi White, Caine One and Doze Green. The second room features pieces dedicated to human rights advocacy and feminism, next to a collection depicting a life dedicated to the graffiti art form.

“She’s a pioneering woman in the graffiti movement,” Ket says. “For more than 40 years, she has designed graffiti, murals and paintings that have been exhibited all over the world. We wanted to showcase her work here because she’s such an important contributor to the art, graffiti and the mural movement as well.”

The museum also wanted to do away with the misconception that women do not participate in the graffiti culture. Today, more female artists are doing graffiti around the world, including Tatyana Fazlalizadeh, Christina Angelina (also known as Starfighter), Shamsia Hassani, Evelyn Queiroz (Negahamburguer) and Jules Muck, who painted a mural in Wynwood honoring Lady Pink. 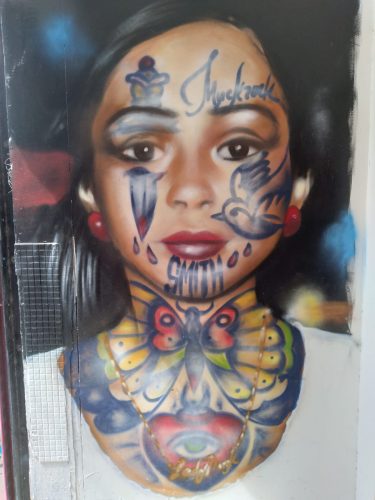 “There is not a lot of information and history about it, but the more we do research, we find that there are women who have been contributing to the movement since the beginning,” Ket says. “We want to show that there is valuable participation of women in this movement, which is just as good and sometimes better than men’s.”

It’s no coincidence that the exhibition was unveiled in March, which is Women’s History Month.

Says Ket: “It is important for us to showcase female artists’ works to inspire the next generation of women painters.”

COST: $16 for general admission; free for children age 13 and younger

SAFETY PROTOCOLS: The museum has established safety-first procedures. Guests must select the time/day they wish to view the exhibition and purchase tickets in advance online.