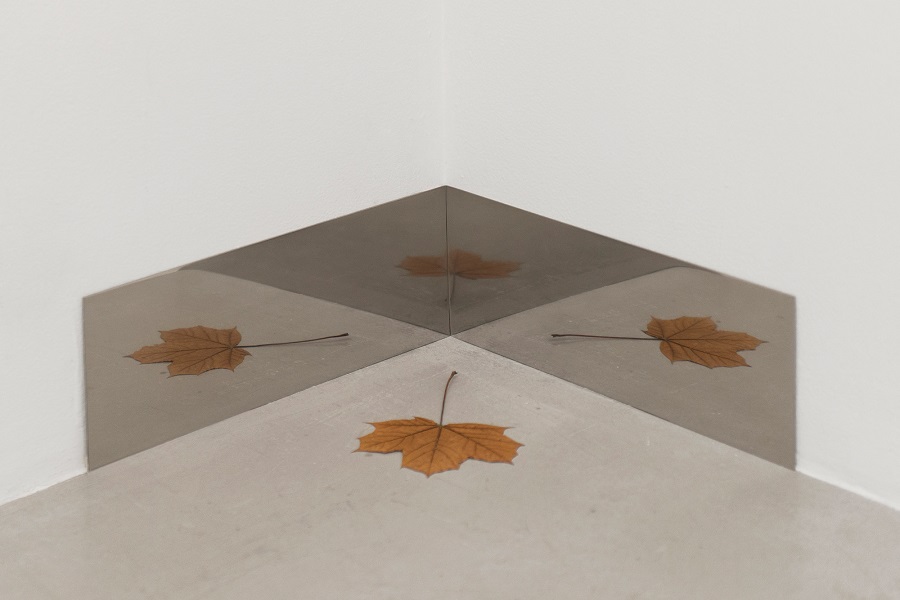 Hreinn Fridfinnsson’s “A leaf that fell to the ground and was picked up sometime in the early80s” (2015), features polished stainless steel, an autumn leaf and wood. (Photo courtesy of the artist)

In November 2020, the Museum of Art and Design (MOAD) at Miami Dade College opened the issues-heavy “The Body Electric,” a show that focused on technology’s impact on human interaction.

Rina Carvajal, the museum’s executive director and chief curator, considered it a good fit for the pandemic mood of disconnectedness.

A year later, the museum will unveil “For the Time Being,” a collection of works by Icelandic artist Hreinn Fridfinnsson — which, Carvajal says, brings an entirely different atmosphere to the space.

“I feel like this work returns the power to people, to imagination and how we view the world around us — our connection to nature and our connection to self and time,” says Carvajal, who curated the exhibition, with Isabela Villanueva as consulting assistant curator.

Two other solo shows will accompany “For the Time Being” at MOAD: “Mongrel” by Cuban-American artist Jorge Pardo and “Constructed Color” by Venezuelan-American artist Loriel Beltrán. The shows, curated by Carvajal, will be on display from Nov. 6, 2021, through May 1, 2022. 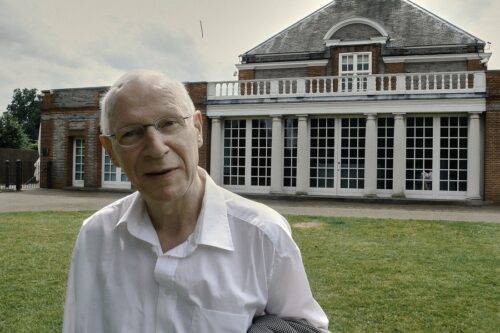 Hreinn Fridfinnson’s “For the Time Being” at the Museum of Art and Design (MOAD) at MDC represents the first American museum exhibition for the Icelandic artist.
(Photo courtesy of i8 Gallery, Reykjavik, Iceland)

“Each of these artists are in a different moment in their careers,” Carvajal says.

She describes Fridfinnsson as a “sophisticated conceptual artist, but also a poet.” Now 78 years old and living in Amsterdam, Netherlands, Fridfinnsson grew up on a farm in Baer Dölum, Iceland.

His art is one of simplicity, propelled by an attraction to the fables and legends of his birthplace. “He is influenced by his own background, having been born in a country that is so vast and immersed in nature that has no limit,” she says.

Carvajal thinks the work exhibited in Miami will strike a chord.

“How do we connect with nature here? Many of us move here trying to find that connection,” she says. “A show like this can bring about questions of the way you look at things and the impact that has in your life.”

“For the Time Being” spans six decades and features at least 50 pieces from throughout the world: “Some are from Iceland’s museums and private collections. We are bringing works from Europe — from Berlin, from Spain — and we have borrowed works from collectors in the United States.”

This will mark the first American museum exhibition for the artist, according to MOAD. 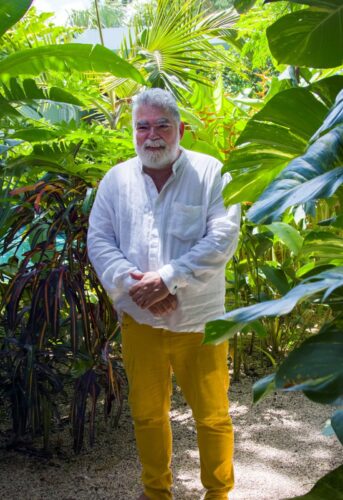 The immersive exhibition by Cuban-American artist Jorge Pardo entitled “Mongrel” will also be featured at the Museum of Art and Design (MOAD) at MDC beginning Nov. 6, 2021. (Photo courtesy of Ed Talavera)

During a phone interview from Amsterdam, Fridfinnsson discusses one particular 1971 diptych that’s in the exhibition: a pair of photographs entitled, “Drawing a Tiger.” One image depicts the artist as a boy in 1952, sitting on a bale of hay and sketching a tiger. The adjacent photograph captures the artist in the same pose, but as an adult. Fridfinnsson uses this example to describe the exploration of self.

“I’m 9 years old and I am drawing this tiger and it’s a good drawing. Then, 20 years later, I’m in the Netherlands and I’m this grownup with hippie long hair,” he says. “You can see that the kid is completely motivated in the moment, but the adult … ”

Look closely at the drawing paper in front of the adult artist and notice it is blank. A 2019 article in the international magazine, Artforum, says the second photograph “reveals a hint of agnosticism.”

Carvajal explains that the beauty in the artist’s work is his poetic restraint: “He never unveils what is behind this storytelling, but leaves it open for the viewer to attach their own meaning to it.” 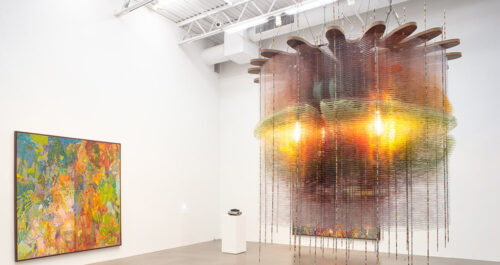 A rendering of Jorge Pardo’s “Mongrel” installation shows a chandelier expected to weigh 992 pounds that will be situated in MOAD’s Skylight Gallery. (Photo courtesy of Petzel Gallery)

The second exhibition, “Mongrel,” is a site-specific, immersive installation that taps into the artist’s past, including his childhood memories as a Cuban refugee. Upon arriving in Miami, Pardo was processed with his family at the historic Freedom Tower, which now houses the museum. He now divides his time between New York City and Mérida, Mexico.

“He has a strong connection to the building where we are located and to Miami,” Carvajal says. “This is a very personal project for Jorge.”

Finally, there’s Beltrán’s “Constructed Color,” which inaugurates MOAD Projects, a new series focused on Miami artists. The artist, whose studio is in East Hialeah, creates abstract paintings using a technique in which he builds rectangular molds then pours layers of paint to create solid blocks. After it sets, he slices the slabs of paint and applies them onto wooden panels and other surfaces.

“I started making the layers of paint 12 years ago or more, and then, the process is complicated, so I came to a roadblock. I started exploring other things,” Beltrán says.

But he couldn’t shake the idea of slabs of paint: “I wanted to reconnect with this work. Really figure it out.” 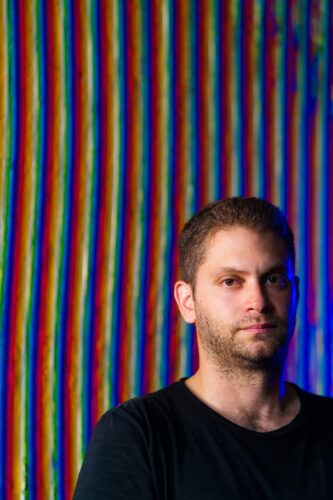 The exhibition at MOAD, he says, is the result of what he has been “exploring for the past five or six years, so it is definitely new work.”

Though he and the other two artists all are different in their works and approach, “we all have certain sensibilities that connect us,” Beltrán says. “Hreinn’s work is poetic and subtle, and connects with the way my paintings feel, especially when you see them in person. He deals with time, too, like I do.

“Jorge Pardo has this fractal sense and his ideas of memory and place in environment. These are the things that roughly connect the three of us.”

Artist Jorge Pardo will join curator Lynne Cooke at the museum to discuss his work at 3 p.m. Sunday, Nov. 7, 2021. Art historian Juan Ledezma will speak with artist Loriel Beltrán about the exhibition during an online event at 6:30 p.m. Thursday, Jan. 13, 2022. Both talks are free but require registration.

“Hreinn Fridfinnsson: For the Time Being”

COST: Museum admission is $12 for adults; $8 for seniors and military; $5 for students; and free for children age 12 and younger, as well as Miami Dade College students, faculty and staff. General admission is free from 4-8 p.m. Thursdays.

SAFETY PROTOCOLS: Masks are strongly encouraged for all staff and visitors to MOAD, and social distancing is required.