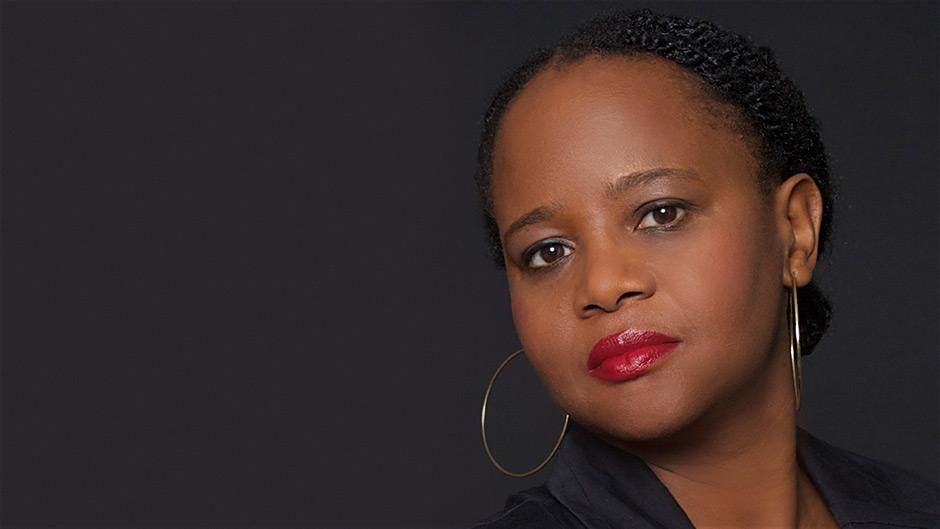 Miami’s Edwidge Danticat was one of 29 authors asked to contribute to The New York Times Magazine’s “The Decameron Project.” (Photo courtesy of Lynn Savarese)

“I’m thinking of a Joan Didion quote,” Miami writer Edwidge Danticat says. “‘We tell ourselves stories in order to live. ‘”

The National Book Award finalist and 2009 MacArthur Fellow believes stories are “how we make sense of what’s happening around us.”

That was the thinking behind The New York Times Magazine’s “The Decameron Project” issue, which was published July 12. The issue marked the first time – in the magazine’s more than 100-year history – that its pages were devoted entirely to works of new fiction. The coverline of the issue: “When reality is surreal, only fiction can make sense of it.”

Danticat was one of 29 authors (and one of two from Miami) tapped to write a short story for the magazine’s project, a 21st century pandemic bookend of sorts to Giovanni Boccaccio’s almost 700-year-old “The Decameron,” which was written in the midst of a global epidemic of bubonic plague that hit Europe and Asia. The book that inspired the project consists of “100 tales processing fear and grief caused by the Black Death of the 14th century,” according to a statement by the magazine’s creative director, Gail Bichler. In the current project, “against the backdrop of the coronavirus, writers from around the world tell stories that help us unpack and understand this moment.”

Among those recently using “The Decameron” and “The Decameron Project” to understand this moment were members of a University of Miami book club.

The group, created through UM’s Center for the Humanities, decided to tackle both works during its July and August virtual gatherings. They discussed the collection of novellas in which Boccaccio sends 10 wealthy Florentines, three men and seven women, fleeing to the countryside to escape the Black Death. There, they pass their time in quarantine by telling 10 stories per day over the course of 10 days. 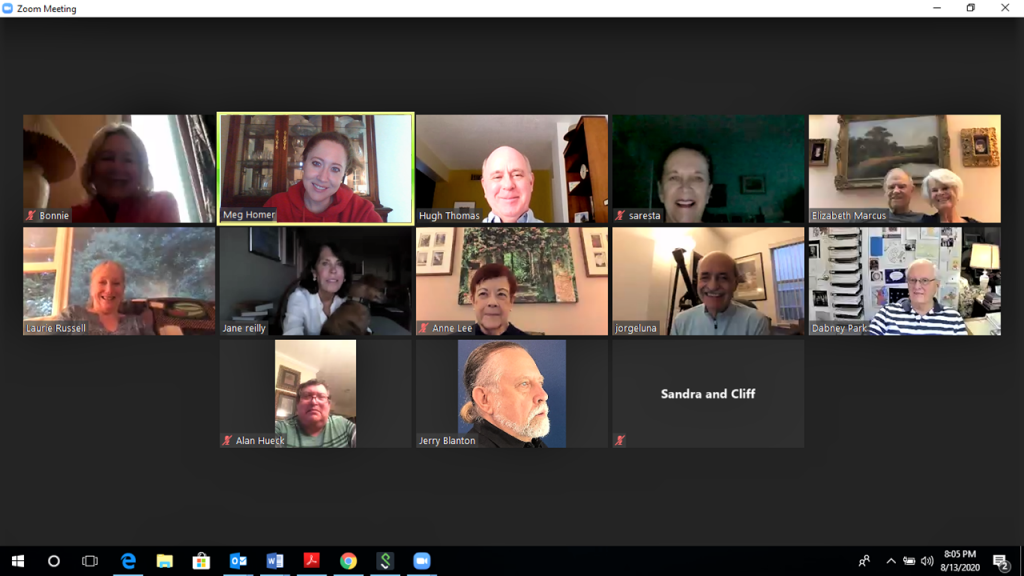 The University of Miami’s Center for the Humanities Virtual Book Club discusses “The Decameron Project” on Aug. 13, 2020. (Photo courtesy of Meghan Homer)

“‘The Decameron’ is one of the literary masterpieces of the Italian Renaissance,” says Megan Homer, assistant director UM’s Center for the Humanities. “The introductory framework provides an unusually vivid picture of the impact of a premodern pandemic, which we thought would be of interest, given the present COVID-19 pandemic.”

The 2020 pandemic has certainly upended daily life, but what struck Danticat was the age-old ritual of how we mourn and how it has been, as she says, “irreparably altered.”

“I knew when they asked me, I wanted to write about that,” Danticat says.

At the time, Danticat says, she was “sitting in my home in Little Haiti like everyone else, so it was a good time.” Ordinarily, she’d be out making the rounds, speaking or promoting a book – most likely it would now have been a book tour to promote the paperback release of her hardcover book, “Everything Inside.” Published in 2019, it’s a collection of stories set in locales from Miami to Port-au-Prince and beyond, and is the recipient of numerous book awards.

She found the notion of writing fiction – creating characters in the moment when a true-life event was happening – intriguing.

“Fiction takes a lot longer to write than news commentaries, for instance. It takes a while to process an event enough to create characters around it,” Danticat says.

She admits she was torn about contributing a serious piece: “What I knew about ‘The Decameron’ was that many of the stories were raunchy or love stories, and there was a debate inside of me if I should write something that was lighter to try to help people forget the moment.”

But she couldn’t stop thinking about the isolation of a person dying alone and the loneliness of their loved ones: “I wanted to write about characters that captured this moment. One of them was the situation of people having to be in a hospital alone, of not being able to have a loved one hold your hand when you are suffering – from the intake process to the time people die, and the period of time where they never see their loved ones again.

“That distance of people dying alone was very jolting to me,” she adds.

Her short piece, “One Thing,” is about a high school science teacher named Ray and his wife Marie-Jeanne. The story follows them from the time that Marie-Jeanne drops her husband off at the emergency admission section at a New York hospital.

“Two people in what looked like spacesuits had wheeled him inside. He could still breathe on his own then.”

The writer paints the picture of Ray wearing a face covering, and of Marie-Jeanne back at home and wondering where her husband is in the hospital, which floor, which room.

“The night nurse wouldn’t say, perhaps so she and others don’t storm the building and rush to those floors to hold their loved ones’ hands.”

There is symbolism as husband and wife connect over the phone, still dreaming of their summer plans of visiting caves in the south of Haiti, a trip financed by family and friends through the couple’s recent wedding registry.

“Returning to Haiti for that trip was a dream that they had. For me, there is so much symbolism in that cave, and it’s a cave that I really love, where I go so often when I am in Haiti,” says Danticat, who connected that “to where we are today in the midst of COVID-19. Caves are our oldest homes, where they found the oldest writing and the oldest pictures. The notion of a cave birthing us all.”

The other Miami writer who took part in “The Decameron Project” is Karen Russell, who contributed a piece titled, “Line 19 Woodstock/Glisan.” Her short story is about a public transit bus driver, Valerie, who works the night shift and calls her riders “The Last Bus Club.”

“Covid had shifted the Last Bus Club’s demographics – now a majority of her riders were people for whom ‘state of emergency’ was a chronic condition.”

There’s mention of a Ziploc bag given to Valerie by the transit company, bearing only a single paper mask and eight Clorox wipes, and of another bus driver who had put up a Dollar Tree shower curtain to protect himself but was ordered to take it down.

“It’s fascinating to see how consistently we turn to storytelling as a way to process our experiences,” says UM’s Homer. “I think the potential for literature to have an impact is perhaps especially significant in our present circumstances.”

Thinking back to the original “Decameron,” Danticat ponders “The Decameron Project” withstanding the test of time.

“It will be interesting to look back at these works perhaps in 20 years, because I feel like the kind of fiction you write now will have to be judged in hindsight. You will have to look back and say, ‘Oh, this was just a sliver of this moment.’ Who knows where we will be? Will face masks be a daily part of our existence, for instance?” she says. “Writing fiction in the middle of that uncertainty, well, it’s like an open-ended ending.”

The New York Times is scheduled to release a hardcover edition of “The Decameron Project” on Nov. 10, 2020. Published by Simon and Schuster, the book will include all 29 stories featured in the magazine and be available for $25 online and in store booksellers.

‘Aerial Vision’ at Wolfsonian-FIU coming to...

Exhibition is on display in Miami Beach through April 24, 2022.
Continue Reading