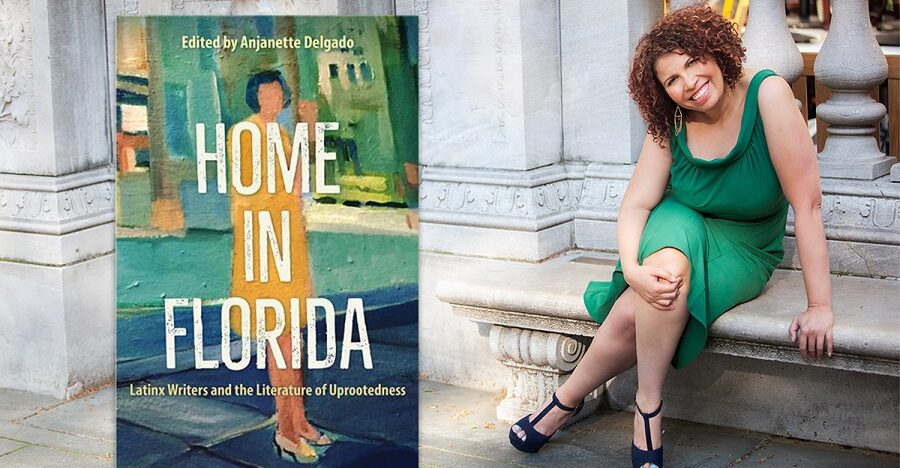 Miami author Anjanette Delgado is editor of the anthology, “Home In Florida,” which includes the works of Latinx writers who have called Florida home. (Photo courtesy of Javier Romero)

“Immigration is a political word or a legal word,” Miami-based author Anjanette Delgado says. “But uprootedness? That is a social word. That is a human word. That is a word that describes what happens to us when we pick up and start over.”

And that word, Delgado continues, is the thread that ties together the anthology book, “Home in Florida: Latinx Writers and the Literature of Uprootedness” (University Press of Florida, 2021).

As the book’s editor, Delgado gathered 33 writers of fiction, nonfiction and poetry, all Latinx and all having the Sunshine State in common. They’re first-, second- and third-generation immigrants from countries such as Cuba, Mexico, Honduras, Peru, Argentina and Chile — reflecting the diversity of Latinx experiences across Florida.

On Nov. 20, Delgado was joined by some of the contributors, including Richard Blanco, Ariel Francisco, Ana Menéndez, Caridad Moro-Gronlier, Frances Negrón-Muntaner, Achy Obejas and Isvett Verde, at the Miami Book Fair for “In Conversation: On Home in Florida.”

Delgado planned to discuss, among other topics, the gender-neutral, panethnic label, “Latinx” — a word she addresses in the book’s introduction, saying it “defines the collective immigrant experience of people who share a past.”

“It is a term some people say shouldn’t even exist,” she says during an interview. “But, to me, Latinx means that there are these people from all kinds of different countries with a similar background, and, in our case, what unites our countries is colonization.” 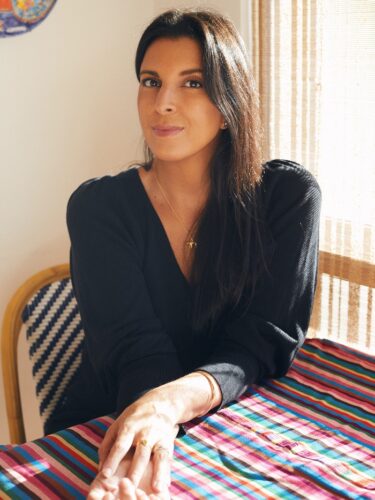 Most of the book’s contributors shared stories about life in South Florida, she says, though there are also some from Tampa, Tallahassee and Orlando. “One wrote about Key West,” Delgado says.

They each bring with them perspectives about what it’s like to “uproot from somewhere else, to come here and make it home.” And even those who didn’t uproot themselves may still carry with them the history of their ancestors, she says.

In her short story, entitled “La Ciudad Mágica,” author Patricia Engel writes: “Your Miami begins in New York, where you moved to at eighteen … [and] tried on different lives for over a decade before deciding to leave …

New writer Nilsa Ada Rivera contributes “I write to Mami about Florida,” which consists of a series of letters beginning in 1990. They convey emotions about what it’s like to feel displaced in Miami. Each has a signoff at the end: Your homeless daughter. Your birthday girl. Your lost girl. Your caged girl. Your trailer park chick. Your diluted Puerto Rican. Your Florida resident.

“Her story is amazing. If you don’t cry after you read this essay, and if it doesn’t give you the flavor of all of Florida, I don’t know what will,” Delgado says. 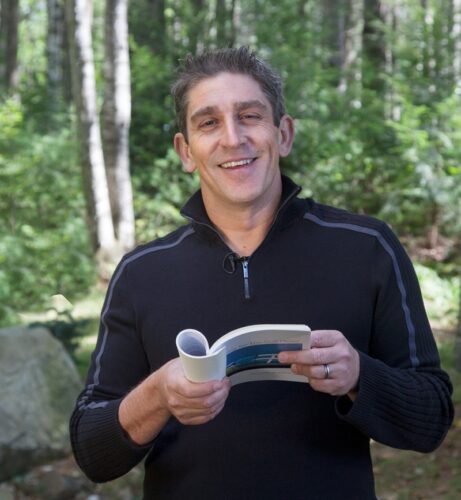 Richard Blanco, selected as President Barack Obama’s inaugural poet in 2013, is also scheduled to appear with Anjanette Delgado at the Miami Book Fair’s “In Conversation.” (Photo courtesy of Alissa Morris)

For Delgado, the theme of uprootedness was inspired by a 1983 interview with Cuban novelist Reinaldo Arenas, published in The New Yorker in December 2013. Arenas tells the interviewer: “I want to create a new body of work now, a literature of uprootedness about someone who’s living in an environment that’s not his own.”

Delgado is ecstatic about the meaning that word has brought to the book.

“That word has everything, right? It envelops the heartbreak of leaving, the uncertainty of arriving. It tells a story of the tension. There is always tension when you get to a new place,” she says.

“I feel like uprootedness talks about the nostalgia of leaving one place. It’s a word that describes what happens to us when we pick up and start over. And that’s what the book is really about.”

Arenas, who spent years in a Cuban prison under Fidel Castro, died by suicide at age 47 in his N.Y. apartment in 1990. His work, “The Glass Tower,” is featured in the anthology.

“It’s a piece that has never before been anthologized after he published it,” Delgado says.

In creating the anthology, starting in April 2020, Delgado sought to put together what she called her “dream collection,” reaching out to writers she wasn’t even sure would be interested.

“I’m not going to worry whether I know them or not, [or] if this person is too famous, or if they are going to say no,” she says. “I’m going to invite everyone.”

Delgado says she was able to include nine authors “who you probably would never read because they usually write in Spanish.”

She credits Stephanye Hunter, acquisitions editor at the University Press of Florida, as instrumental in getting those works translated, explaining to the powers-that-be at University Press that the book would not be complete without all voices to encompass an entire spectrum of experiences — “people for whom it was recent and painful and those who had processed it and come out the other side.

“Star writers are mixed in with people who are just emerging,” she says. “There is just a lot of talent in this book.”