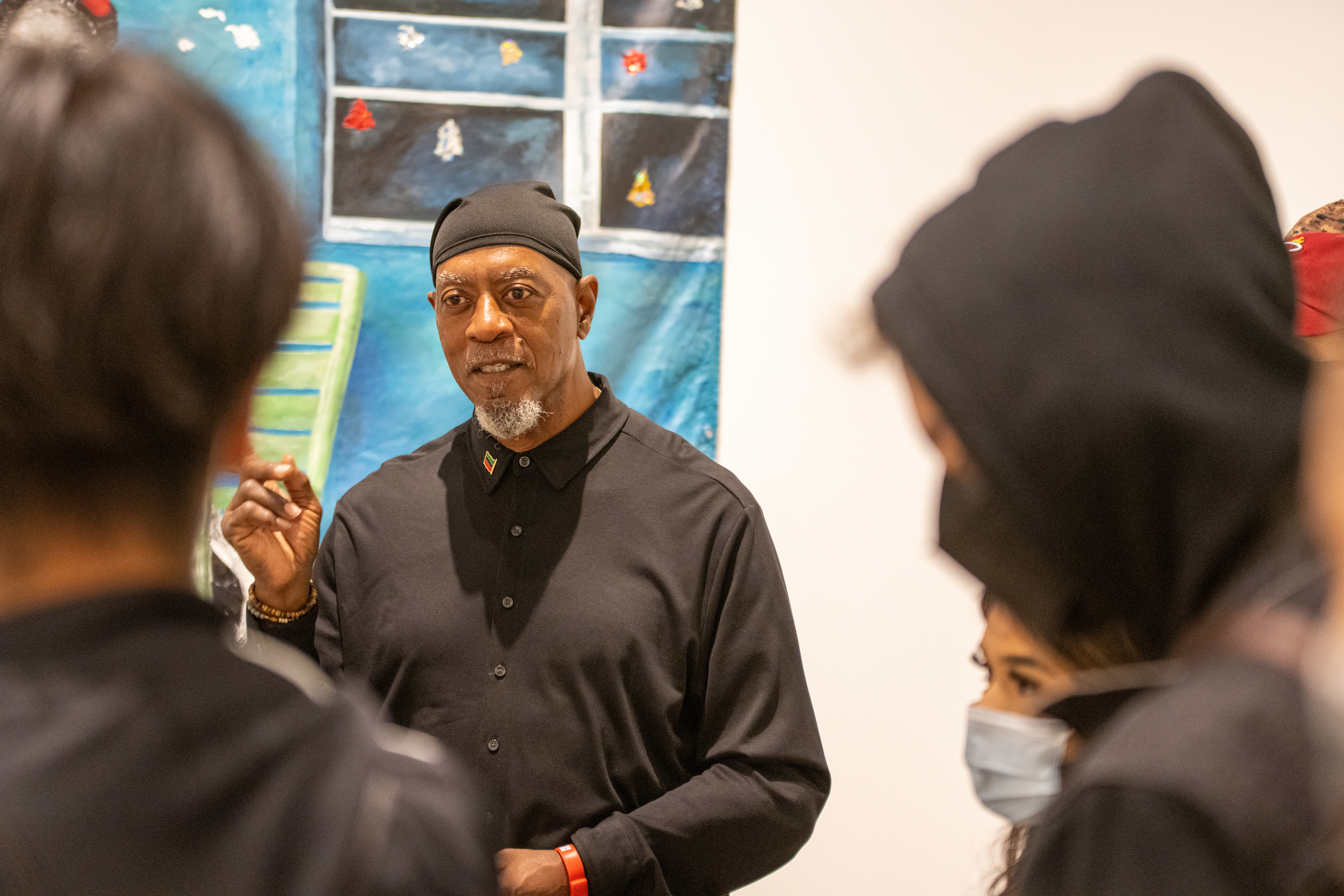 From boyhood, Charles Humes Jr. wanted to be an artist.

There were bills to pay, a family to support. So for more than 30 years, Humes shared this passion as an art teacher with Miami-Dade County Public Schools. Now, the artist gets to enjoy his first solo exhibition in decades, on display at the African Heritage Cultural Arts Center’s Amadlozi Gallery through Feb. 19, 2022.

“Matters of the Inner City” showcases work in a variety of media, examining “the psyche and state of the Black experience in Miami and its inner cities,” according to his artist statement.

Having retired, Humes found himself, as many did, with time on his hands and a lot on his mind in 2020, living through the COVID-19 lockdown and the unrest following the murder of George Floyd.

“I said to myself, ‘Well, you know, what about here in Liberty City? What can I do as a visual artist to make people aware of the situation and struggles that Black people, people of color, are dealing with?’” 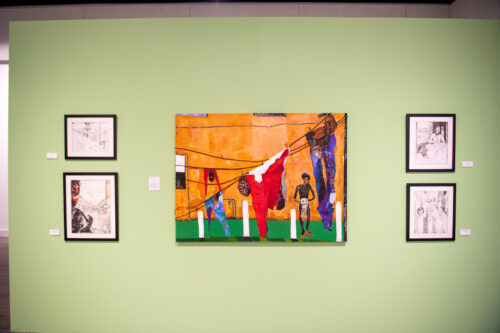 “Matters of the Inner City” showcases works in a variety of media, examining “the psyche and state of the Black experience in Miami and its inner cities,” according to Charles Hume Jr.’s artist statement. (Photo/Gregory Reed)

The results include stunning pieces that make use of a technique Humes calls mosaic collage, featuring meticulously trimmed bits of paper taken from printed material. Humes adheres the scraps to create depth and shadows. They also make statements, if one reads the fine print.

Full-sized photographs of these works fail to convey their intricacy.

While the exhibition is a collection of beautiful artworks, some of the pieces have quite humble beginnings.

“A lot of the works I guess you could call the real found art,” said Humes, relating how he would go “foraging,” looking around for discarded materials he could put to use.

Once he found a bunch of rolled canvases behind a furniture store: “It was my lucky day, I said, ‘Bonanza!’”

The stuff was soaked and soiled, he said, but you’d never know that to see it adorned and displayed as it is now.

Other works on exhibit, notably drawings, are simpler. At this point in his career, Humes said he’s less concerned with producing beautiful work than with getting a point across. 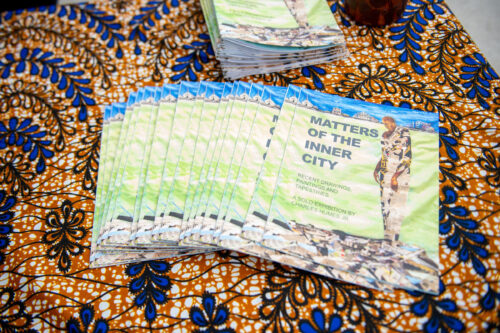 “Matters of the Inner City” was produced with the support of Oolite Arts. (Photo/Gregory Reed)

“I’ve been criticized for that because sometimes it looks like a work is not finished, it’s a little bit hard or uneven, but that’s just the way it is,” he said.

“Matters of the Inner City” was produced with the support of Oolite Arts; Humes won one of its Creator Awards in 2020. He spoke before a standing-room crowd of more than 50 at a Jan. 22 reception at the gallery.

Now back to doing his life’s work full time, Humes looks forward to a show in Miami Beach later this year. And he has an idea for a set of pieces inspired by Paul Cadmus’ “The Seven Deadly Sins” series.

“But it may take on a whole different meaning  than just greed and avarice and all those things,” he said. “I’m going to connect it with what’s going on here in Miami.”

WHAT: “Matters of the Inner City,” a solo exhibition by Charles Humes Jr.