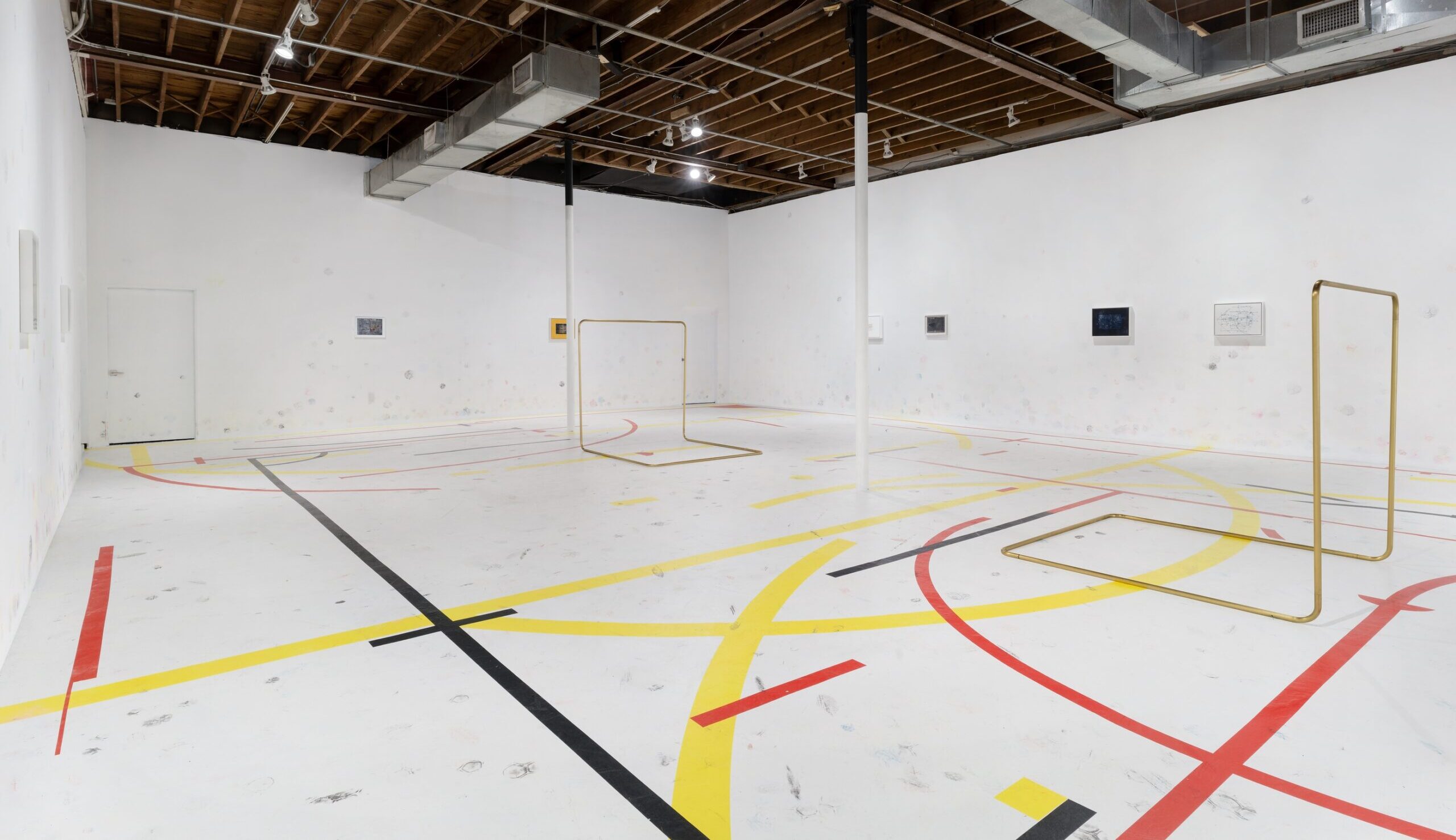 Walking into Locust Projects’ final exhibit at their soon-to-be-vacated current location in the Design District, you might think you have the wrong address. The floors are covered in scuff marks and bright-colored tape. It looks like some kind of indoor soccer field – and that’s exactly the point. For his work “ule ole allez,” Ecuadorian-born artist Ronny Quevedo invited Miami’s local futsal (a hard-court, indoor version of soccer) leagues to come into the space and play with an ink-infused ball. 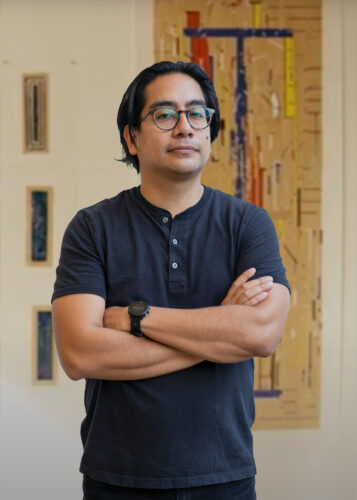 Ecuador-born/New York-city based Ronny Quevedo in his studio. (Photo courtesy of Ross Collab)

Accompanied by small drawings based on soccer strategy charts, “ule ole allez” is Quevedo’s way of showing the creative potential hidden in sport and play. It may be coincidence, according to Mertes, that this mock-futsal court is taking over Locust’s main space during the 2022 FIFA World Cup in Qatar.

But it also feels like a purposeful rebuke of that massive, globalized, controversy-filled spectacle, setting the Beautiful Game back to where it belongs, the pitches and courts and improvised playing fields across the world where possible future Kylian Mbappés and Lionel Messis play and dream.

Community could be seen as a theme, not just in this round of shows but in the whole thread of Locust Projects’ existence. Since 1999, the nonprofit art space has allowed Miami’s artists a very unique blank slate. They give the entirety of their space over to an artist and let them do whatever they want, free of the commercial restraints of a gallery, the pressures of a museum show, or any constraints, really.

They’re even willing to let their artists destroy their building, as Loriel Beltran did in 2009 when he scraped the paint off the walls to make his “Labor Paintings,” or as a pre-fame Daniel Arsham did in 2015 when he dug a hole in the floor to fill with his fossilized sculptures of consumerist debris. 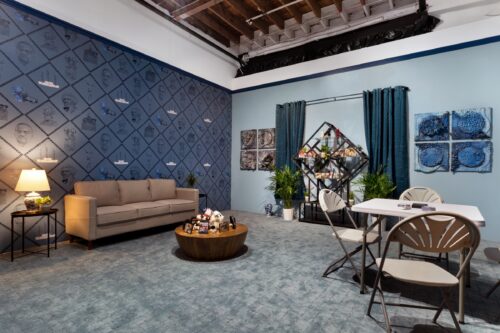 T. Eliott Mansa, “Room for the living/Room for the dead,” 2022, installation view at Locust Projects. (Photo courtesy of Zachary Balber)

It’s that “culture of yes” as Mertes calls it that encouraged T. Elliot Mansa to build his “Room for the living/Room for the dead,” the second of two site-specific installations currently on view at Locust. Mansa’s piece attempts to reconcile a division common in African American homes between formal living rooms full of artifacts and heirlooms and family rooms where people actually gather. Shelves are adorned with family photos and books on Black history and art, and the blue wallpaper is covered with images of Malcolm X and Frederick Douglass.

The space is interactive, and visitors are invited to play cards at the folding table, read the books, or play the copy of John Coltrane’s “Giant Steps” on the turntable. 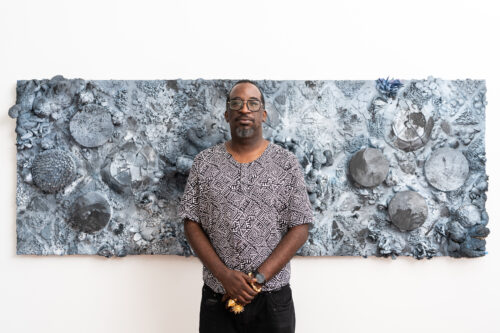 Miami-born T Eliott Mansa whose current work, “Room for the living/Room for the dead,” is in the Project Room at Locust Projects. (Photo courtesy of World Red Eye)

“I love that spirit because that’s what I want the future space to be as well. We’ve never really had a cool hangout, sort of social space,” says Mertes.

Although the two site-specific works, as well as a guest-curated video exhibition called “Portals of Introspection” by Dimitry Saïd Chamy, Mikey Please, Duke Riley, and Paul Ward, and guest curated by Donnamarie Baptiste, will run through Feb. 4, the nonprofit has already christened its new location, an 8,000-square-foot space former industrial laundry facility in Little River. 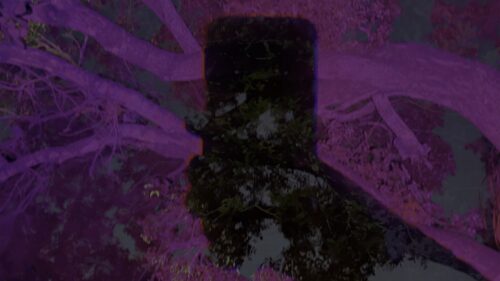 Dimitry Saïd Chamy, “Portals of the Night Garden,” still from “Portals of Introspection.” (Photo courtesy of the artist)

In addition to larger exhibit space, Mertes says there will be storage space, fabrication facilities for artists on-site, and an outdoor courtyard, which can host live performances, as well as spaces meant for socializing. The culture of “yes,” however, isn’t going anywhere.