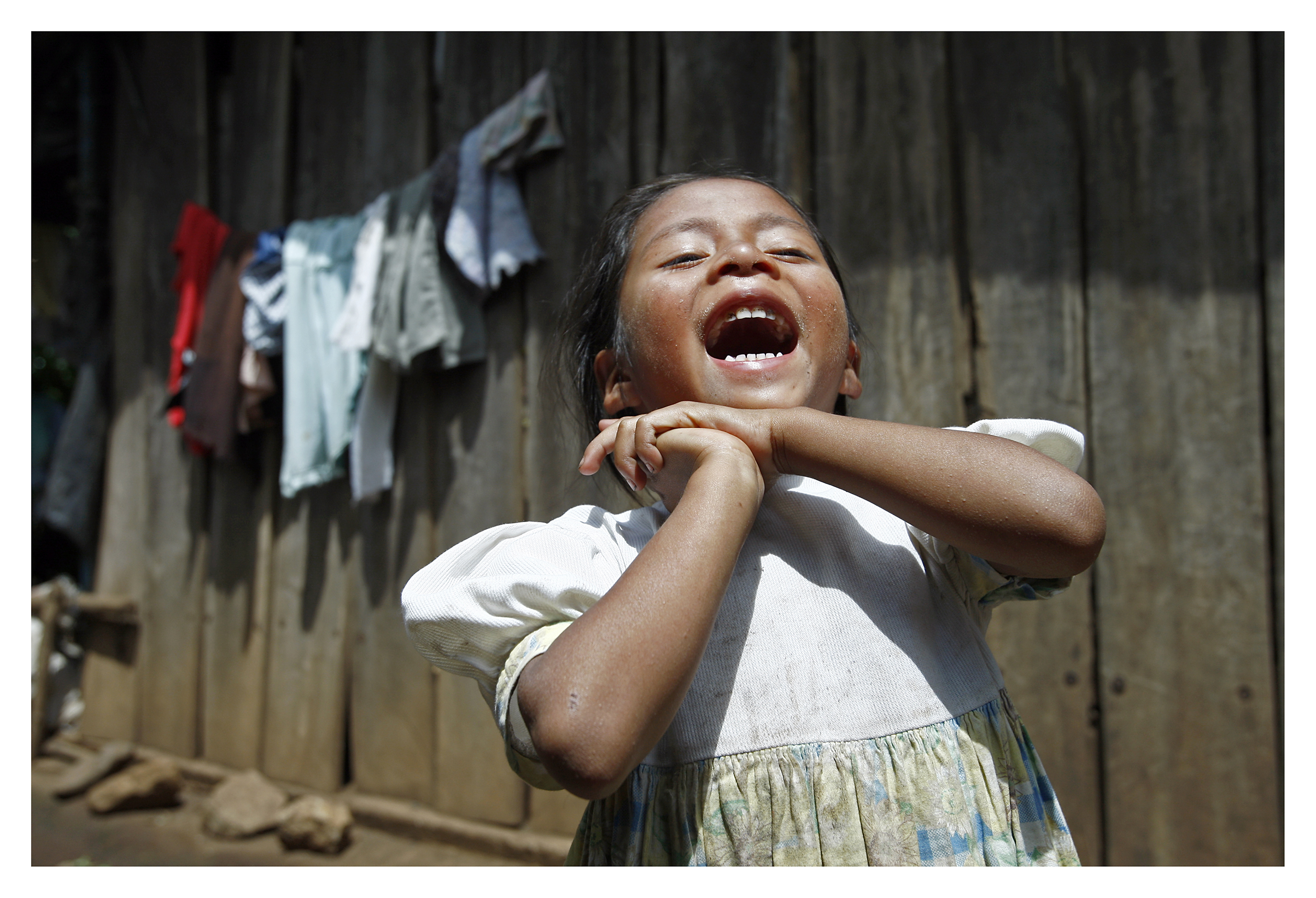 “Smile,” taken Sept. 26, 2008, features Carla Gonzalez, 5, from Jalapa, Guatemala. Carla suffers from chronic malnutrition. Many of the children living in the small villages surrounding Jalapa suffer from some type of malnutrition. Due to the lack of sufficient nutrition, children are short for their age and have skin ailments. (Photo courtesy of Carl-Philippe Juste)

As the pandemic devastated Italy in February, Juste initiated the heavy lifting for a bold project — “Imagine Visions of Hope,” an online photo gallery that will eventually become traveling exhibits around the world.

Its mission: to encourage photojournalists to capture powerful scenes of hope as a way to counter the mounting tides of grief and fear inundating the globe.

It’s vital to pay witness to hope amid adversity, Juste insisted. “We have to give ourselves self-assurance. Because the quickest way you can manipulate people is if you make them fearful, if you rob them of their power.”

Fear stunts action and hope. As a Miami Herald photojournalist who’s covered wars in Iraq and Afghanistan, he said, “I’ve done a lot of hard stories, and one thing I’ve learned is that you can’t live in fear.”

The project’s website, Imaginevisionsofhope.org, went up online in early March. It announces an open call for both professional and amateur images to be featured in the gallery and to be considered for an exhibition series projected to travel from Miami to Washington, D.C., or New York City, as well as to South America, Europe, Africa, and Asia. Plans are to launch the series in Miami in 2021.

The barely 2-month-old project is a collective effort, combining the rich photojournalist talents of Iris PhotoCollective in Miami, which Juste founded, and Focus on the Story in Washington, D.C.

It has an estimated budget of $200,000, he said, not including various programs for each show at six locations. It also will award $500 to one photographer for “Best of Show,” according to the website.

Juste enlisted the partnership of Focus on the Story executive director Joe Newman, an award-winning reporter and editor who founded the Focus on the Story International Photo Festival to support visual storytelling that has a social impact.

“When I come to lift something really heavy, I bring people to help me carry it,” he said.

Juste also assembled a curatorial team to jury submissions for the online gallery and planned exhibits. 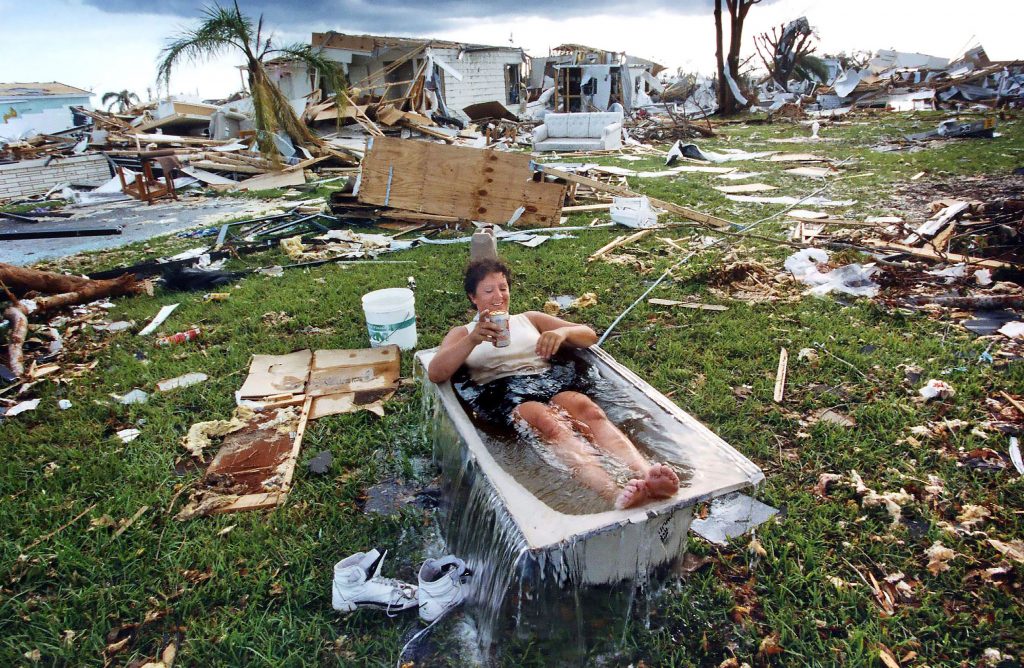 In “Untitled,” shot in 1992, Marjorie Conklin cools off in a tub of water filled with a hose, surrounded by what’s left of her south Miami-Dade County home several days after the destruction of Hurricane Andrew. (Photo courtesy of C.W. Griffin)

All images must be grounded in fact, abiding by principles of photojournalism.

The website currently features 50 images from Miami, Guatemala, Honduras, Haiti, Sudan, India and other locations. Many show children playing in countries beset with desperate poverty or reminders of armed conflict. There’s an image from photographer Colin Finlay, for example, of children in Cambodia playing in a field that had recently cleared of landmines.

“We always seem to personify hope in terms of children, because the gravity of their life does not hold them down. No matter where you go around the world, kids still play. And they play with a sense of wonder,” Juste said.

Others evoke dramatic images of resilience in seriously degraded landscapes. Jeffrey A. Salter’s close-up of two gnarled, bare feet shows a green sprout pushing up between them, a small but vivid sign of efforts to counter deforestation in Haiti. In C.W. Griffin’s photo, a woman lounges in a water-filled tub, surrounded by remnants of her home a few days after 1992’s Hurricane Andrew destroyed it.

“The project speaks to the human condition at its worst and how we are able to sustain some level of humanity,” he said.

Juste spoke urgently about the still-nascent project, expressing his passionate belief in the visual language of photography to effect change: “Everyone has courage. It’s up to us, as artists, as communicators, to touch that courage and ignite it.”

To submit an image, and read the submission rules, go to Imaginevisionsofhope.org. The deadline to enter is July 15.