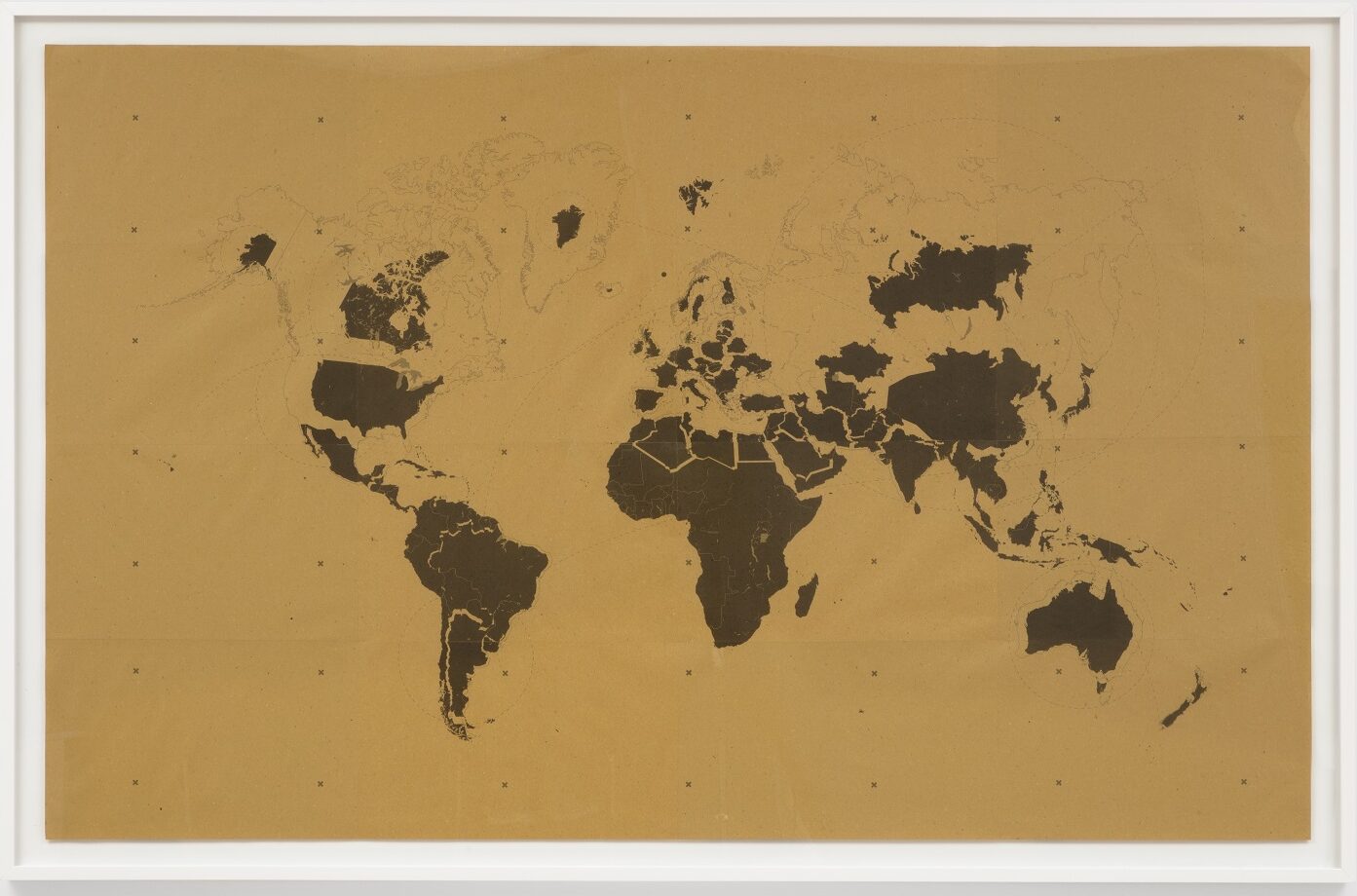 As a Black man, architect Germane Barnes values African migration because it is the essence of his ancestors, he says. In an exhibition of his work, “Germane Barnes: Unsettled” at Nina Johnson gallery, he explores both memory and identity related to these values.

“Their migration was forced through enslavement while mine is free and a direct result of their sacrifices,” says Barnes. He speaks of “processes and culture” and of working in a field that “often ignores the African continent in favor of Eurocentric design ideologies . . .”

The specific body of work is a result of the artist’s recent time in Italy as a fellow of the American Academy in Rome, where he researched and explored North African influences of Classical Architecture and Design.

The artwork is “Unsettled” due to the fact that Barnes is an ever-evolving designer that continues to explore and learn more about his own ancestry. “It’s also representative of how Black people across the globe are often not allowed to settle anywhere outside of the African continent. Anger, resentment, and xenophobia are especially audible towards Blackness everywhere,” he says. 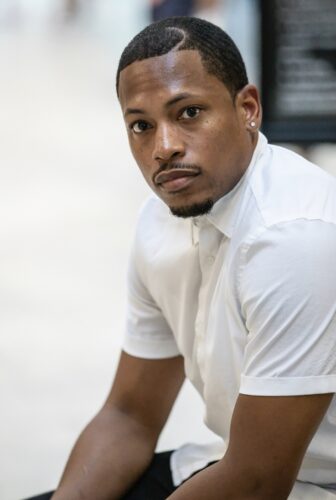 Germane Barnes, architect and designer, whose exhibition at Nina Johnson gallery explores the connection between race and structures. (Photo courtesy of Greg Carideo)

He’s also exploring the influence of built environments on Black domesticity. His practice is heavily influenced by his own history and global history, and he believes architecture can be used to tell stories that are otherwise left behind.

In addition to exploring migration from an African perspective, Barnes’ exhibition also relates his personal journey from Chicago to Cape Town, then Los Angeles to Miami.

“I am a Chicago-born designer whose parents, grandparents, great grandparents, great-great grandparents, are descendants of enslavement. And through their bravery and triumphs, I have been given tremendous privilege. They found their way to Chicago through the Great Migration, and I use architecture to tell their brilliant stories of perseverance,” explains Barnes, who is an assistant professor and the Director of The Community Housing & Identity Lab (CHIL) at the University of Miami School of Architecture.

In 2021, he received the Rome Prize for Architecture in 2021 from the American Academy in Rome, which is given to support innovative and cross-disciplinary work. And he was recently awarded the 2022 Miami Design District Annual Neighborhood Commission for his multi-scale installation “Rock | Roll,” which will be installed in November.  The series of seating capsules, which are meant to be activated by passersby in the public spaces of the Miami Design District, is rendered in vibrant colors. An architectural-style dome is suspended overhead as part of the installation.

Architecture is the artist’s way of expressing himself, of telling stories through tectonics or rituals of space. His mission is to make architecture a griot, an orator of stories. Barnes as an architect also investigates the relationship between identity and architecture in his research and design practice. 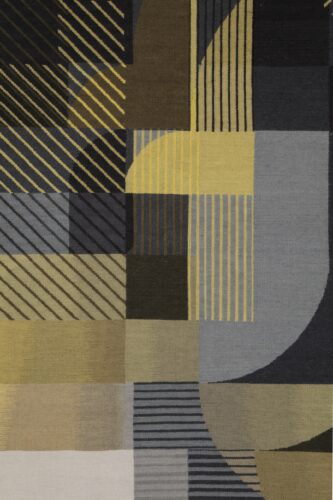 “I loosely associate my work and process with anthropology in that I am more interested in the ways we use space and manipulate the intentions of the architect than the physical space of architecture. I find a greater connection between the user and their culture in that process. I attempt to design in such a way that blends culture and history,” he says.

The work in “Unsettled” includes two tapestries, furniture that uses materials that reference migration, and five two-dimensional works. The purpose of the project was to reintroduce the art of hand-woven tapestries in contemporary design by using rigorous traditional techniques and premium materials with stellar workmanship. The featured tapestries are literal maps that highlight redlining and segregation.

Throughout “Unsettled,” Barnes examines Black migration within and outside of the continental United States while blurring the lines between design and architecture.

“We have long championed the overlap and intersection of art and design, finding Germane who is a pioneer in this space, particularly as it relates to histories of the African Diaspora within the United States,” says Johnson whose gallery in Little Haiti is presenting the exhibition.

“Knowing he was living in Miami, made me certain we would have much to work on together. Since then, the world has taken notice with so many accolades. I am thrilled we have the excuse to share his work with his hometown,” says Johnson.