Finding ‘Meaning’ in artists’ books at the Frost Art Museum 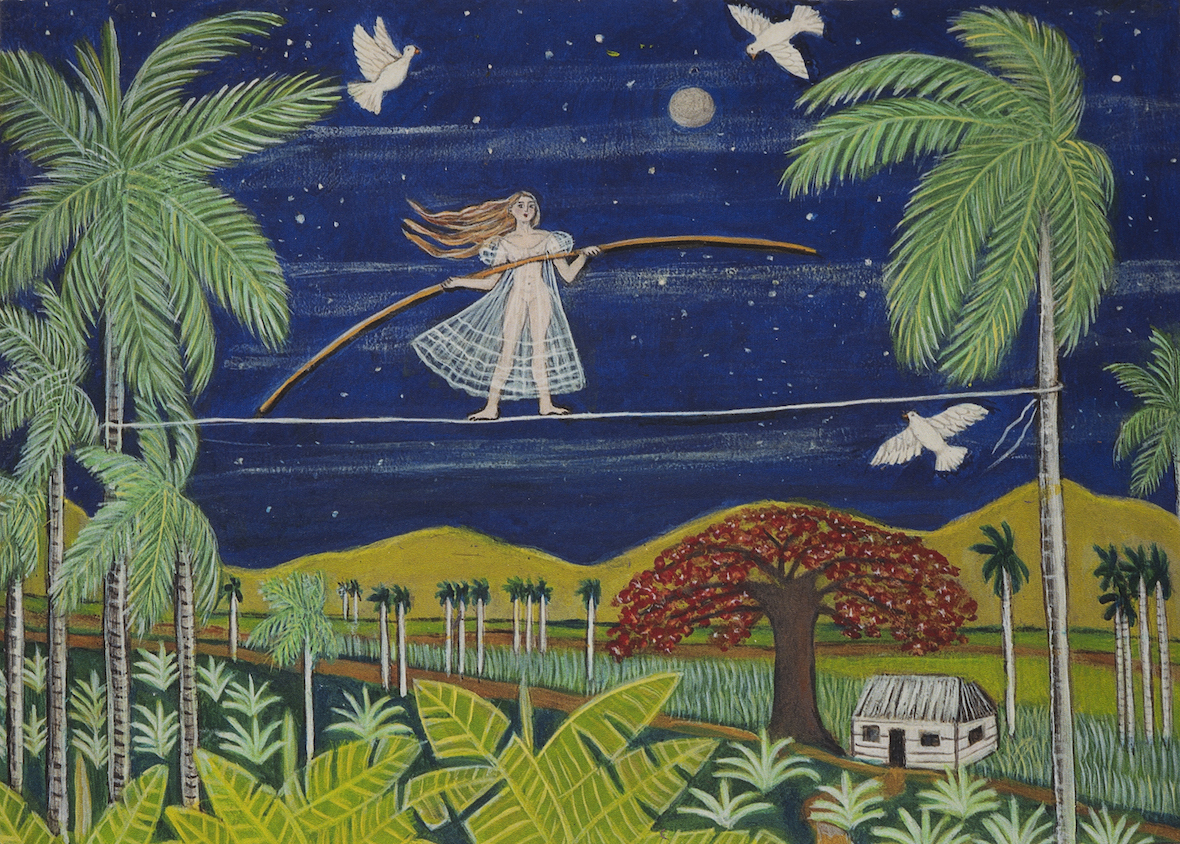 Through an almost encyclopedic variety of inspirations that include medieval manuscripts and the centuries-old tradition of Peruvian knotted threads, an exhibition at the Frost Art Museum in Miami startles the eye with surprising ways to reset what it means to read.

“Spheres of Meaning: An Exhibition of Artists’ Books” brings together 32 examples of this intricate genre by 14 South Florida artists. It focuses on original objects, rather than books produced in multiple editions. The books range considerably in size, from a delicate hand-held object to a complex sculptural installation.

“Spheres of Meaning” is dedicated to Margarita Cano, an artist long inspired by illuminated medieval manuscripts and memories of her native Cuba and who proposed the idea for this exhibit to the Frost. Cano is a prolific painter who has created many artists’ books. A former public librarian widely honored for her years of contributions to Miami’s cultural life, she is represented here by two works, including the accordion-shaped book “Virgins, Saints, Madonnas.”

What exactly are artists’ books? They are similar and at once significantly different from books in bookstores and libraries. Such books are not usually available to check out at public libraries for personal perusal, though with technological advances it may be possible to “read” them online.

The tradition of artists’ books generally began in the late 1940s with efforts by European artists to create experimental art via books, later combining them with performance and music. Brazilian artists made further contributions.

During the 1960s and ’70s, the tradition blossomed in the United States, dovetailing with the iconoclastic spirit of the rapidly changing era. Artists were especially intrigued by inexpensive production methods that made more democratic, conceptual forms of distribution possible as opposed to exhibits at art galleries. Centers for the production of artists’ books were established around the country. 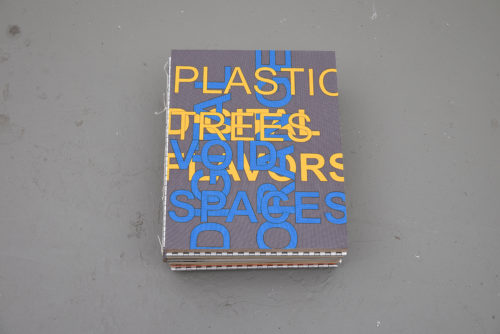 A detail from Rafael Domenech’s “Miami Excerpts: Mapping the Mapped City, Dumb Objects and the Residue,” which is on view in “Spheres of Meaning — An Exhibition of Artists’ Books” at the Frost Art Museum. Image courtesy of Domenech and the Frederic Snitzer Gallery.

More institutions and collections followed suit to foster the production of the genre. Two South Florida museums, in addition to the Frost, have loaned artists’ books to this exhibit. The Pérez Art Museum Miami loaned work by Carlos Maciá, and the Wolfsonian-Florida International University loaned work by Lydia Rubio.

The Frost exhibit represents only a portion of area artists exploring this tradition, Amy Galpin explained during her curator’s tour on July 9. Recalling a reader’s experience of being immersed in a book, the “notion of intimacy,” she said, was paramount to her while developing this exhibit, which took about a year to create and involved multiple studio visits.

Also crucial, she added, is “the idea that a book can reveal an environment or a world to us. That world might be arcane or it might be literal.” That world, in fact, can be a “sphere of meaning,” referring to the exhibit’s title, which was inspired by Maciá’s elaborately detailed, eight-paneled book “The Spheres.”

Ornamented with gold leaf, it’s a beautiful example of Maciá’s sensitive and soulful art, replete with fantastical drawings that deliver the viewer into an arcane world where fact and fancy embrace. His drawings are superimposed over a 13th century text in Latin concerning what was understood about astronomy at the time.

Another artist whose work resonates with remote history is Claire Jeanine Satin. Her gracefully textured “Pentimento/Signs of the Khiphu I” pays homage to a 17th century manuscript documenting indigenous traditions in colonial Peru, including the practice of communicating information with threads knotted in various patterns.

Alluding to the embattled state of the press, Donna Ruff’s “Fourth Estate” is composed of pink-tinted and muddy-gray papier-mâché created from pages of The Financial Times. Its accordion shape, bound with metallic string, may suggest today’s newspaper coverage of barriers and borders.

Textured artists’ books moving boldly into three-dimensional territory is another theme. Rosemarie Chiarlone, who manipulates the surface of white paper with swirling patterns of pinpricks, has pushed those swirls forward in space with “Rupture Unseen.” Its folded and perforated paper billows and roils, like waves of atmospheric or psychological turbulence, against the museum-gallery wall.

“Villanelle” by Carol Todaro, a book artist and poet, invites viewers to walk among six artists’ books draped over six music stands, corresponding to the six stanzas of a villanelle poem. The books’ translucent, pastel pages graze the floor, bearing lines of poetry and line drawings that gently echo the language Todaro has chosen to exploit for its open-ended, metaphoric presence. Galpin urged viewers to notice “a lot of really wonderful episodic moments as you spend time with each stand.” 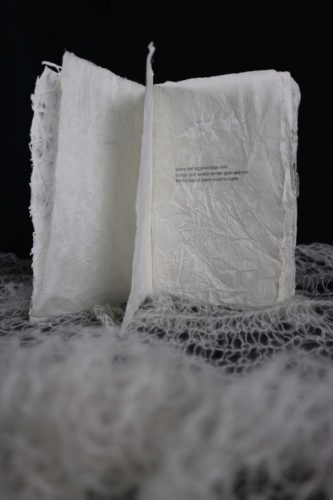 Lisa Haque’s “Milk Teeth” is on view in “Spheres of Meaning — An Exhibition of Artists’ Books” at the Frost Art Museum. Image courtesy of Haque.

In more subtle fashion, “Milk Teeth” by Lisa Haque features undulating rolls of milky-white, handmade paper that resemble hand-woven swaddling clothes. The paper unfurls from a book-shaped form that’s wrapped in still more paper that is textured so that it brings to mind a baby’s finely veined skin. Haque made this work after her daughter was born. Its title refers to baby teeth lost as a child matures. Because the piece is kept inside a Plexiglas box and not to be touched, the museum has made its pages visible on an accompanying iPad.

By far, the largest artists’ book on view in the exhibition is “Miami Excerpts: Mapping the City, Dumb Objects and the Residue” by Rafael Domenech. It’s composed of an irregularly shaped table, chandeliers and multiple books that, unlike others here, can be touched. A metaphor for attempts to chart an always morphing Miami, its ambitious — at times unruly — nature mirrors a city still defining itself. The installation creates a reading room like no other. Considering that Domenech has recently created a much larger sculptural book project for New York’s Socrates Sculpture Park, his work here is the exhibition’s most dramatic example of how adventurous artists can reinvent the artists’ book for the 21st century.