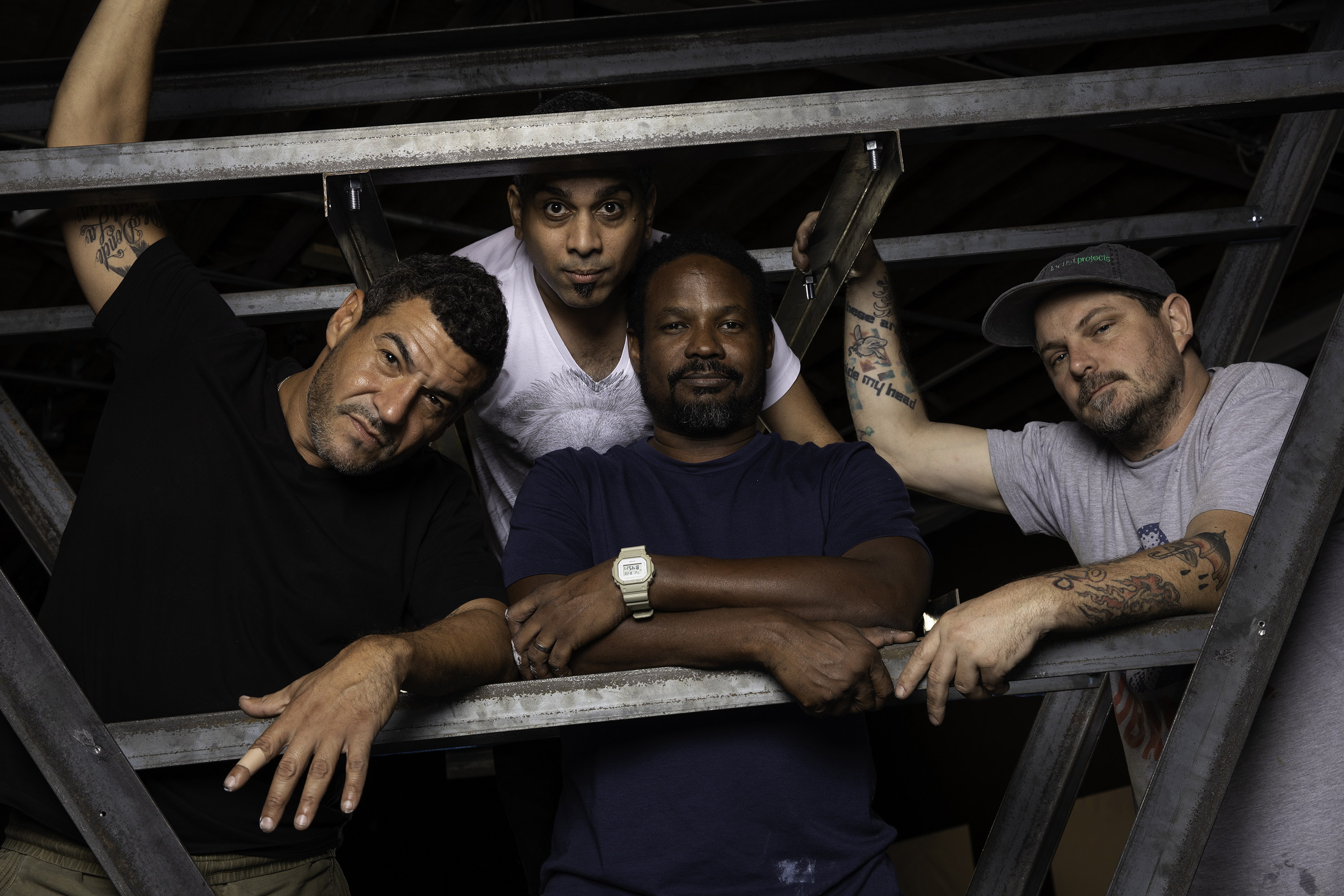 In a world where communication is at the point of saturation, contemporary artist collaborative FeCuOp, (pronounced fay-cue-op), turns things on its ear —  sometimes literally — at Miami’s Locust Projects.

The interactive installation and activation, “Antenna,” is FeCuOp’s first major collaborative project in Miami since 2003. The collective of artists Jason Ferguson, Christian Curiel and Brandon Opalka, began in Miami in 1997, which gives “Antenna” a place of prominence as one of the kickoff exhibitions of the city’s busy art season.

“When the art collaborative formed was about the same time Locust Projects began,” says Lorie Mertes, Locust Projects executive director. “I’ve known the artists of FeCuOp for 20-plus years.” Mertes explains the significance of the collaborative coming back to create an original work inside the Design District arts incubator.  “We just celebrated Locust Projects’ 20th anniversary last year. As part of that we wanted to look back at some of the roots and evolution of the organization over the past two decades.”

As visitors enter the main gallery, a 50-foot tall antenna lies on the floor as if it has just fallen from the sky. “We came across these images of broken- down antennas and started to think about them in a sculptural way,” Curiel explains. The idea began to take on its own sculptural significance. “It alludes to an antenna, but it’s not a precise rendition.” The atmosphere is all black – “ominous black walls, a shiny black floor,” Curiel says.

The performative and interactive installation is created in three different parts. First, the piece directly engages the viewer as they enter the gallery, acting as an interactive musical instrument. “When the visitor approaches, there will be abstract noises or sounds.” Curiel explains that an electronic musical instrument, the theremin, is used to create the sounds. The theremin uses metal antennas that create electromagnetic fields to create sound.

The next session takes place inside a stark, white hallway. Visitors are invited to interact with ears poking through holes. “There will be models-performers whose ears will be in these auditory holes to engage the viewer to whisper or talk into them. They have this engagement with listening and speaking and communicating,” Curiel says.

The final sensory experience, Mertes explains, is FeCuOp’s version of Marcel Duchamp’s “Étant donnés,” on permanent display at the Philadelphia Museum of Art since 1969. In Duchamp’s work, visitors peer through two small holes in a solid wooden door to see a three-dimensional environmental tableau. “They essentially have their own ‘Étant donnés’ at Locust Projects where you are peeping into the interior psyche or process space of the artist,” Mertes says. 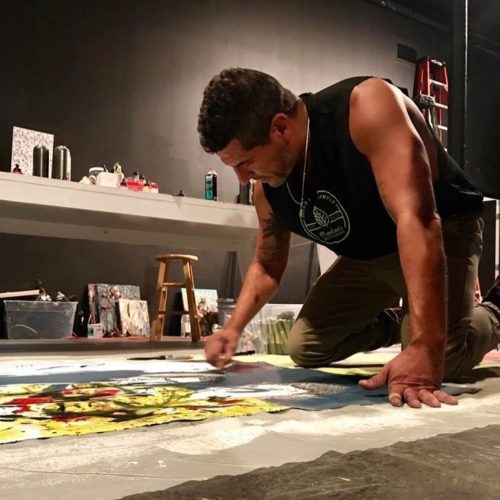 Christian Curiel of FeCuOp in his studio. (photo courtesy of FeCuOp)

Not only does FeCuOp like to challenge its audiences, but they work in ways that are outside of their comfort zones, too. “I realize that we often put ourselves into a situation where we don’t understand how to use the material fully, so there is always this learning curve and we take it on together.” None of the artists had ever worked with steel previously; the giant antenna is made of steel.

FeCuOp’s founders met at Miami’s International Fine Arts College, now Miami International University of Art & Design. “We just started hanging out in a studio making paintings, having parties,” Curiel explains. “The college bought a property that was an experiment for them to give students studios to work in, but none of the other students to advantage of it, so we had this space, and we clicked. We were hungry to make art.”

Connected through their ties created at the Miami fine arts college, FeCuOp founders are scattered across the United States. Ferguson, born in Trinidad and Tobago is in Hilton Head, South Carolina; Curiel born to Puerto Rican parents with Cuban roots and raised in Miami, lives in New Haven, Conn., and Opalka, born in Virginia, is now in Colorado. They’ve all returned to Miami to work on the installation.

“We are all artists in our right,” Curiel, a painter, a painter. “My work is figurative and narrative. Brandon is a painter, too, who for the most part is self-taught and paints abstractions, while Jason is more in the commercial design field. For many years, we’ve been flirting with how much we wanted to have another opportunity,” Curiel says. “We’ve done other projects that were smaller scale or part of group shows together, but this is the biggest undertaking we’ve done as a collaborative in many years.” For “Antenna,” Miami artist Victor Villafañe joins the collective.

The group’s 2002 installation at Art Basel, “Going Out On a Limb,” was a professional turning point for FeCuOp – putting their name out into the larger art world. Visitors entered a long corridor, landing in a sterile room. Above, human limbs hung through holes. The artists wanted viewers to explore their own perceptions by only seeing parts of bodies as conversations from the hidden “sitters” above were only heard, not seen. ” ‘Limb’ was one of the first FeCuOp pieces I saw. It was fantastic,” Mertes says.

Curiel and Mertes had stayed connected from her days as curator at the Miami Art Museum (she was at MAM from 1994 to 2006, now Pérez Art Museum Miami). She says she was thinking about the “old school Miami collaboratives.” The wheels began turning.

“So, what would the FeCuOp guys do today? Where are they and how would they do it differently? So, that was my extending that invitation to them as part of helping to create a platform for collaboration and creativity for the opening of what is essentially our 21st year,” Mertes says.

“The umbrella is the idea of communication, and the excessive amount of communication that, in many ways, leads to the failure of it,” Curiel says. ” Like all of FeCuOp’s work, “Antenna” is a social experiment. “Through the engagement of people who interact with ‘Antenna,’ that is how the work evolves.”