‘Dennis Manuel: The Eye of Afropunk’ captures a global movement 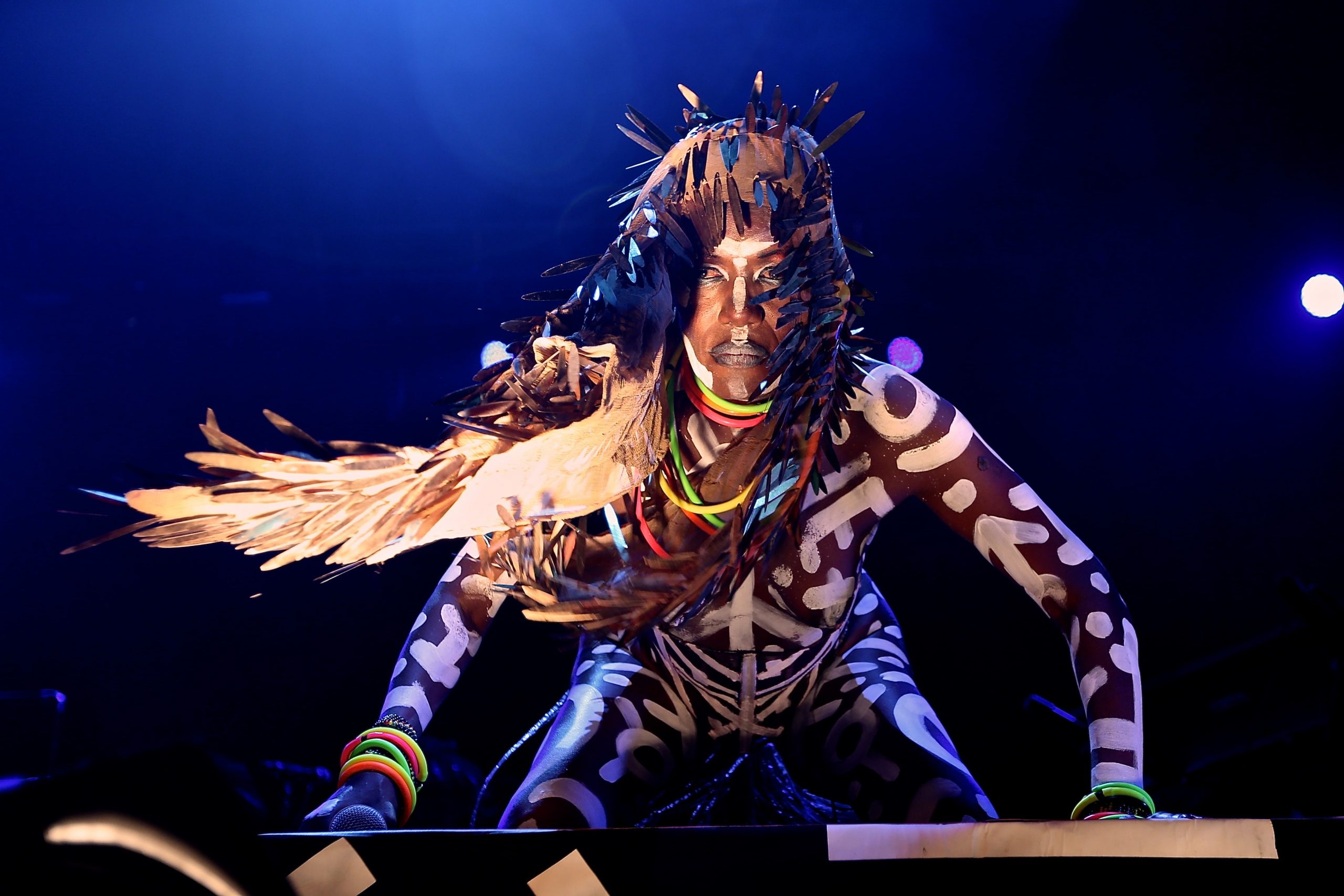 The “Dennis Manuel: The Eye of Afropunk” exhibit features one of the photographer’s most iconic images: a closeup image of Grace Jones’ performance during Afropunk 2016 in London. (Photo courtesy of Dennis Manuel)

To fully appreciate and understand Dennis Manuel’s photography, it’s important to consider the global movement that’s the basis of his work.

Manuel is the official photographer for the Afropunk festival, an annual event that showcases live music, film, fashion and art produced by Black artists. And his craft has evolved along with Afropunk, a Black experience movement that was born out of the documentary, “Afro-Punk,” directed by James Spooner. The 2003 film highlighted Black punk artists around the United States and explored the lives of the musicians within a white-dominated punk subculture. Where Afropunk came together was through the multi-genre festivals that began in Brooklyn in 2005 and have since taken place throughout the world.

Through the years, these events have become a statement in self-expression – captured in the exhibit, “Dennis Manuel: The Eye of Afropunk,” available for viewing at the Historic Ward Rooming House in Miami’s Overtown. The photos were on limited display during Miami Art Week but have been brought back to the same space through March 13.

Christopher Norwood J.D., the exhibit’s curator, said there is intent behind showing a history-in-the-making exhibit during Black History Month.

“We look at history from the perspective of things past, which is very important and, yes, it is the primary function, but you can also be pigeonholed. We wanted to break out of that square of Black history and show how the act of making history is even more relevant in Black History Month,” said Norwood, who is also co-founder of Hampton Art Lovers, which is presenting the exhibit at the Historic Ward Rooming House. “I had literally hundreds of photos that I filtered down to the 35 that are showing. The curatorial theme was to focus equally on the interaction of the people, the performers, and the actual event itself.” 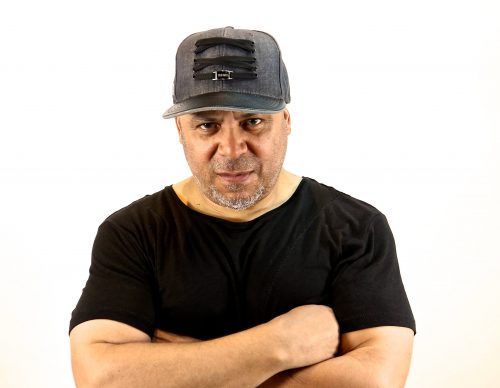 The exhibit features photographs Manuel has shot at Afropunk festivals in Atlanta, New York City, London, Paris and Johannesburg. The New York-based Manuel met Matthew Morgan, now founder and CEO of the festivals, when the latter was starting out as a music promoter.

“I would go to some of the smaller events and different venues around Brooklyn,” Manuel said.

That’s where the festival’s roots were beginning to take shape, he recalled.

As it has come into its own, Afropunk has also formed an identity, and those attending the festivals are decked out in bold fashions.

He recalled a photo taken during Afropunk Paris, where singer Solange Knowles was performing and ventured from the stage out into the crowd.

“The young girls were going crazy with excitement. I looked and there was one girl with tears streaming down her face,” Manuel recalled. “I got that shot of those tears of joy.”

This perspective is what broadens the scope of the work. He doesn’t squarely fixate on what’s happening onstage but wants to extract the energy of the event as a whole.

“In a broader sense, I enjoy capturing the reactions,” he said. “I have my head on a swivel between the performer and then I turn around because the crowd reacts to something.”

A point-and-shoot camera and a high school photography class planted the seed of photography for Manuel. “Initially, I just wanted to be good enough to shoot concerts,” he said, with a goal of getting “up close and within arm’s length” of musicians he idolized, such as Lenny Kravitz, Alicia Keys and Erykah Badu. 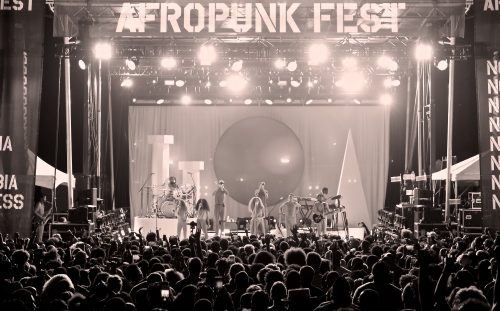 “The most exciting thing for me was taking photos of artists that I admired when they were performing onstage, and the pageantry of the whole concert experience, then meeting them backstage,” he said, adding that capturing them in all of their different moods and atmospheres was what he loved “wrapping his camera around.”

While working by day as a mortgage banker in Brooklyn and shooting his concert photography at night, his hobby eventually became a career. He found his voice, so to speak, when he became the official photographer for Afropunk.

One of the most iconic photos in Manuel’s portfolio is from Afropunk 2016 in London. That’s where Studio 54 disco queen Grace Jones, as the headliner, would yield some of his most fascinating images.

Covered in body paint and wearing assorted, colorful neon necklaces and bracelets, she was captivating, Manuel said. As always, the legendary supermodel, singer and actress was “theatrical, her expressions dynamic and bold, and in your face,” Manuel said. “She was probably no more than 10 feet away from me, max. I noticed that in a lot of the shots, she was looking directly into my camera.”

Then there was the moment when everything just clicked. “Usually, a performer will focus on a part of the crowd, but she seemed to just be focusing on me.”

Norwood’s hope for the exhibit is to not only showcase Manuel’s work, but to have the viewer step away from the generalizations of Black history.

“What it is to look Black, how it is to think Black, all of these things were situational to the time in which that thinking was made, but always the intent of it was to be free,” Norwood said. “The whole fight was to have freedom. That’s what this show is about. The freedom to be whoever and whatever you want to be and to break out of that square of Black history, so that new Black history can emerge.”

WHAT: “Dennis Manuel: The Eye of Afropunk”

COST: Admission is free, but RSVP is required at hamptonartlovers.eventbrite.com