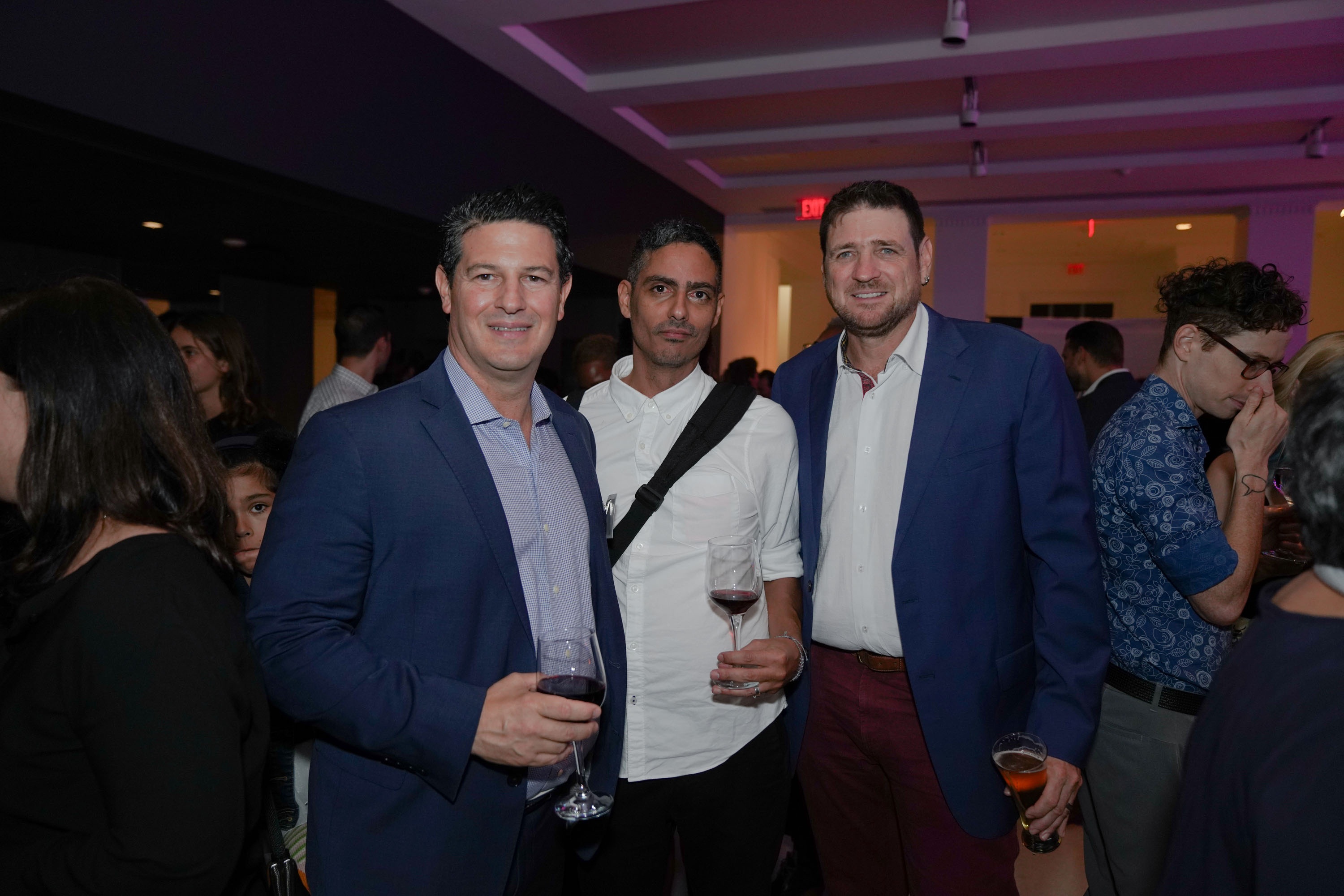 Visual artist Leyden Rodriguez-Casanova is on a mission: to strengthen arts journalism in Miami.

He has developed a program to bring credible and acclaimed writers and critical thinkers to our city and have them spend time with artists in their studios. Resident writers would be temporarily embedded within our communities to write their reviews, stories and essays.

For his idea, Rodriguez-Casanova was among the winners honored at the second annual Ellies Awards on Oct. 23 at The Bass Museum of Arts in Miami Beach.

The Miami arts organization Oolite Arts, formerly known as ArtCenter/South Florida, created The Ellies in 2018, in honor of founder Ellie Schneiderman. The 45 artists and educators honored were selected from more than 500 applications this year, according to Oolite Arts President and CEO Dennis Scholl, who served as emcee for the evening’s festivities.

In all, $500,000 were awarded for ideas “ranging from large-scale exhibitions to projects on sustainability, immigration and cultural criticism.”

Artburst Miami had the opportunity to speak with Rodriguez-Casanova about his winning concept. The Miami-based visual artist’s work has been shown in museums, galleries and important collections around the world, including the Cintas Foundation Collection, Miami; Pérez Art Museum Miami (PAMM); Capri Palace, Capri, Italy; and Cisneros Fontanals Art Foundation (CIFO), Miami.

He is also co-founder – along with his wife, artist Frances Trombly – of the nonprofit Dimensions Variable, an exhibition space in Miami. Their project is led “by artists committed to the education, presentation, and support of contemporary art in Miami,” according to its website, dimensionsvariable.net. 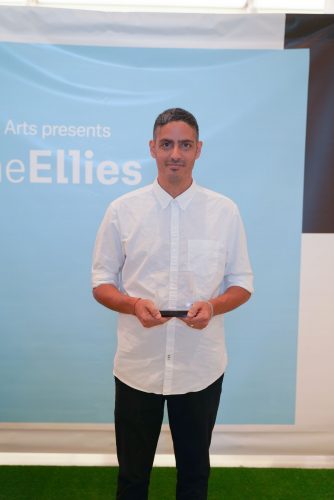 Leyden Rodriguez-Casanova is co-founder of the nonprofit Dimensions Variable, an exhibition space in Miami. (Photo courtesy of WorldRedEye.com)

His award-winning idea, which garnered the sum of $20,000, is to expand “the conversation around Miami’s contemporary art community with a new series that invites visiting art writers and critical thinkers to produce work alongside Miami-based artists.” He wants arts journalists from other parts of the country to have the opportunity to write about the work being made here in a “contextual and critical way.”

Surrounded by a swirl of winners, press and Oolite staff, Artburst Miami asked Rodriguez-Casanova how this idea came about. He started by lamenting the need for critical arts journalism in Miami.

“Oftentimes, the world comes to Miami – especially in December – and if they write about the work being made here, it is often out of context,” he said. “Writers sometimes trash the work and the artists because they don’t have a deep understanding of where the work is coming from.”

While we both bemoaned the state of arts journalism and grieved the loss of independent print publications across the country, he did acknowledge the efforts of Artburst Miami: “I love what Artburst is doing for arts journalism in Miami. It’s such a great service. I wish more people knew about it.”

For those who don’t know, Artburst Miami provides unbiased, critical arts journalism in Miami, and we hire some of the most respected and decorated arts writers living in the region. The website was originally created as a resource for Miami’s arts groups, but it has since expanded its mission to serve as a source of information for all – residents and visitors alike – who seek great articles, reviews, and previews of Miami-Dade County’s vibrant cultural offerings. We want to become the “Huffington Post of arts and culture in Miami.”

Through his residency program, arts journalists will be given carte blanche to provide honest, intelligent reviews and critiques. They will then share their work through the publications they have relationships with in order to elevate Miami’s artists onto the international stage.

“This is not a new idea. [The Miami organization] Cannonball had a project similar to this one when they existed,” he says.

He said he realizes some may be critical of the idea that the co-founder of Dimensions Variable is going to bring arts journalists to write about the work being made within his immediate community. Still, he thinks the community at large will benefit from the exposure. Everyone benefits from an expanded view of Miami that reveals a vibrant and culturally rich city with practicing visual artists making serious work all year long.

In addition to the anticipated critical reviews and media coverage that will result from such visits, he hopes the program will have more lasting results such as the development of workshops for visual artists on how to connect with the media to get coverage.

When asked where the writers will be staying, he shrugged his shoulders, chuckling, and admitted that he hasn’t worked out all of the details yet. In fact, he was surprised that his project was chosen.

He now has to work out how to make this idea a reality. “It’s a good problem to have.”

To learn more about The Ellies winners, visit oolitearts.org/ellies. For more on Dimensions Variable, visit dimensionsvariable.net.