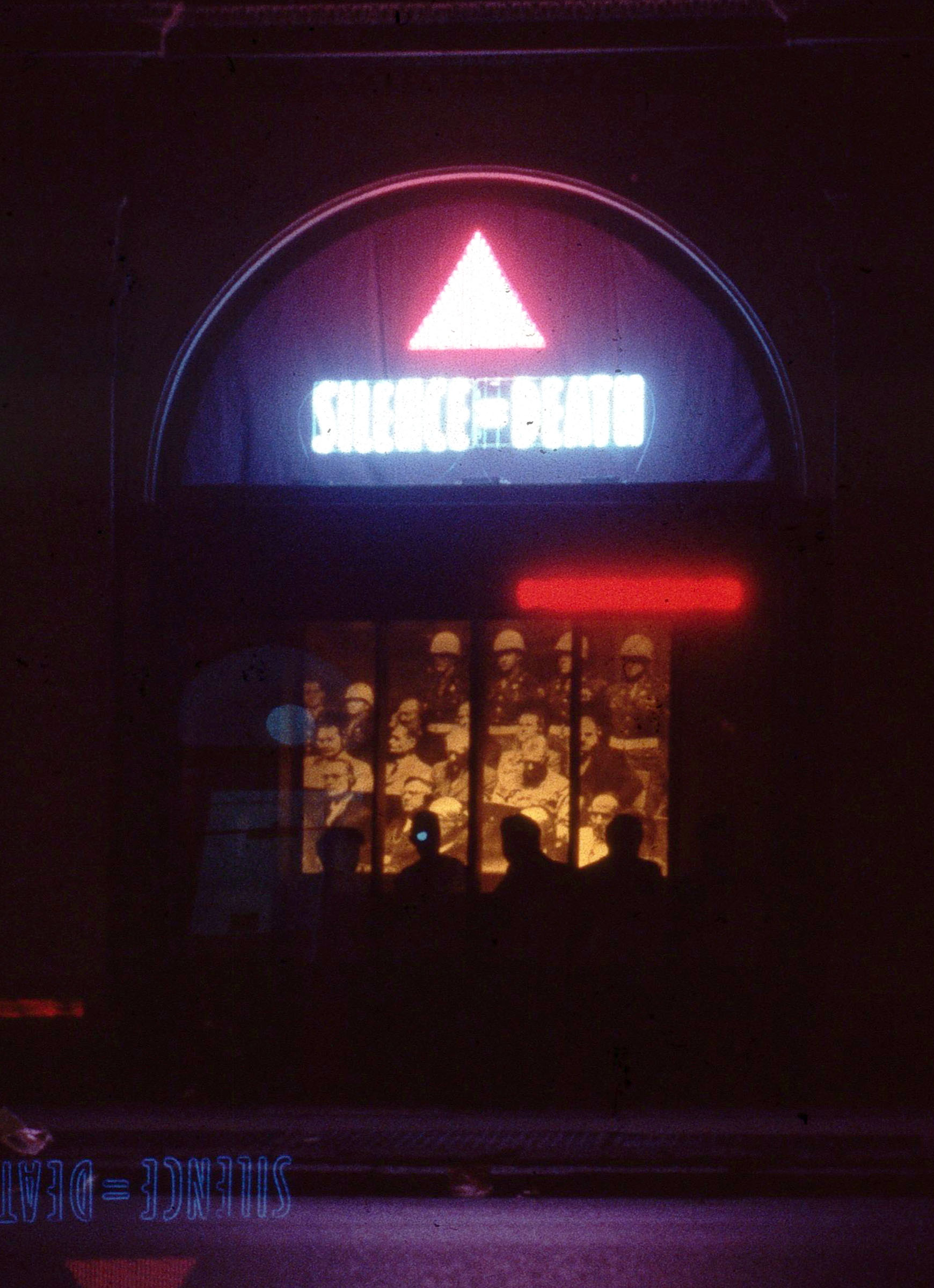 “Art after Stonewall, 1969-1989” seduces and assaults with a powerful, seemingly endless stream of images drawn from two decades of radical change. It assembles over 200 works in various media, with the added bonus of remarkable historical documents and ephemera.

Organized by Columbus Art Museum in Ohio, “Art after Stonewall” recently opened at the Patricia & Phillip Frost Art Museum FIU. It is the first major exhibit to document the historic Stonewall Uprising’s visual impact on what is now called the LGBTQ movement. That movement took its own giant leap forward after the Stonewall Uprising on June 28, 1969, in Greenwich Village, New York City. Like many historic events, at first it may not have seemed momentous when, on that hot summer night 50 years ago, New York police made a routine raid on Stonewall Inn, a gay bar on Christopher Street.

The police expected to corral the “usual suspects” of gay, lesbian and transgender people and issue summonses. To their surprise, Stonewall patrons pushed back, rebelling against yet another instance of police harassment. Bloody violence begat more of the same.  That night led to a new era in LGBTQ resistance to the snickering, severely abusive status quo.

“Even today the young gay radicals I don’t think are aware of how bad things were for gay people back in the 1950s and most of the 1960s. The culture despised us,” said historian Martin Duberman in a June 4, 2019, Time magazine video posted on YouTube. In 1993, Duberman wrote Stonewall: The Story of the LGBTQ Uprising that Changed America, which was reissued this year with a new introduction by the author.

It recalls a time when those brutally discriminated against for the sex of their partners challenged the culture that despised them, shouting with prideful glee, “We’re queer and we’re here!” 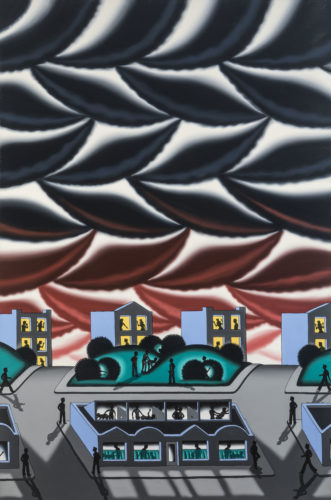 Two stunning works emphasize that defiance by using a familiar object, the ladder. Ladders can suggest both a means of escape, as in escaping homophobia, and a means of coming together, as in creating new LGBTQ-friendly communities. In varying degrees, both themes resonate throughout “Stonewall,” but especially in “Duo” from 1980 by Harmony Hammond and “Approaching Futility” from 1976 by Millet.

“Duo” is unabashedly sensuous, made from rosy pink materials like Rhoplex, glitter, and cloth. The “skin” of this sculpture clearly invites touching, while its ladder-like shape, adorned with ruffles, depicts the joining of vertical poles that loosely portray two figures reaching out to each other.

In the towering sculpture “Approaching Futility,” a fabric figure climbs a ladder inside a cage but cannot reach the height that would permit escape. Millet, a feminist writer best known for her landmark book “Sexual Politics,” has constructed a vivid metaphor for those oppressed who seek their own destiny while facing obstacles at every turn.

Outrage over increasing deaths from AIDS and the government’s slow response to this public health crisis spurred dramatic graphic designs. Many of those, beginning in the late 1980s, were by the activist collective Gran Fury, named after a Plymouth car model favored by the NYPD. Certainly, this apt name carries its own vigorous punch.

Included in this exhibit is the 1988 Gran Fury offset lithograph “The Government Has Blood on Its Hands.” Featuring a huge red handprint, it’s a searing, made-you-look design. Gran Fury wheatpasted such lithograph posters throughout New York City.

A special discovery is Judy Chicago’s “Test Plate for Virginia Woolf from the Dinner Party.” It belongs to the genesis of Chicago’s historic large-scale installation from the 1970s, “The Dinner Party,” with distinctive place-settings honoring influential women. This test plate is quietly elegant in its alabaster, labial curves of glazed porcelain and honors famed British novelist Virginia Woolf, known for her relationship with the writer Vita Sackville-West.

Hockney’s portrait of drag performer Divine is quizzical and sleek.  Mapplethorpe’s photograph of Louise Bourgeois shows her grinning with a phallic sculpture under her arm. An imaginative cityscape, Brown’s painting takes cues from narrative comic strips to reveal nocturnal same-sex coupling in parks and apartments. 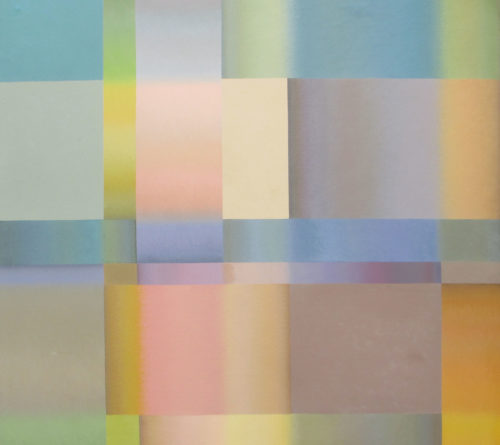 This exhibit, revisiting demands for radical change, could not be more timely in our polarized present, when bigotry and hateful actions are escalating. 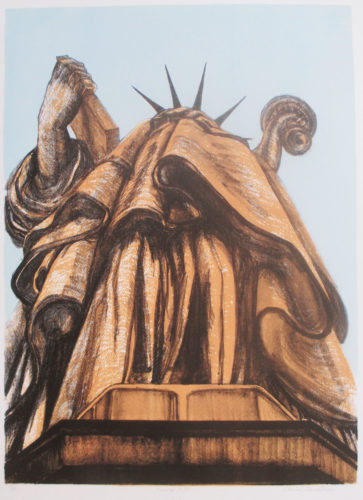