Miami artist Nina Surel compares attending the Artists Open to peeking inside a restaurant’s kitchen to see how an exquisite dish comes together.

“It is like you are seeing the ingredients, seeing the work in progress — not just the final product, not just the art that makes it into a gallery or a museum,” says Surel, who is founder and coordinator of Collective 62, an artist-run space in Liberty City.

Surel is among more than 250 artists throughout Miami-Dade County who will swing open their doors on Saturday, May 8, to usher in the public as part of the second in-person Artists Open.

Presented by Fountainhead Residency and Studio, the event isn’t about seeing a finished work of art, but rather about meeting artists, seeing their process, discovering the art community that exists in Miami-Dade, says Kathryn Mikesell, co-founder of Fountainhead and founder of Artists Open. 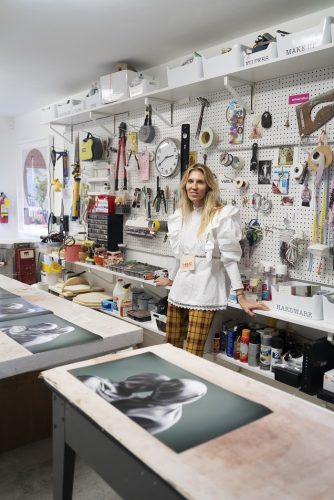 Having helped start Fountainhead as a place to allow artists the freedom to create and to show people that art is accessible, Mikesell had always dreamed of organizing a countywide open-studios experience.

“This is something that is done all over,” Mikesell says. Miami-Dade, with its wealth of artistic talent, deserved one too.

“So many artists I talked to from other places said they felt that eventually they came second to what became more of a party or an outing. When food and performances became involved, the purpose got lost,” she says.

Her Artists Open doesn’t have ancillary events, so as not to take away from the stars of the show: “My objective is very simple: to highlight the artists,” she says.

“It’s about going into the artists’ studios and meeting with them and learning about their inspiration. Finding out why they do what they do. It sounds so obvious, but I want people to clearly understand the value of the artist, not just the art that is made by them.”

As with many events, the pandemic forced the Artists Open online last year. Throughout six months, more than 90 artists offered virtual tours of their studios via Instagram Live.

“They were raw, and I just loved the virtual experiences,” Mikesell says. “But when it came to this year, this is the time. People are hungry to get out and thirsting for art, and artists need to be heard and seen.”

With safety protocols in place (such as social distancing and mask requirements), and with the greater availability of vaccines for different ages, she feels this is the right time.

“The longer we waited, the more things would be happening, competing,” she says. “If we had to work all day and night to get this year’s in-person visit day ready, we would.” 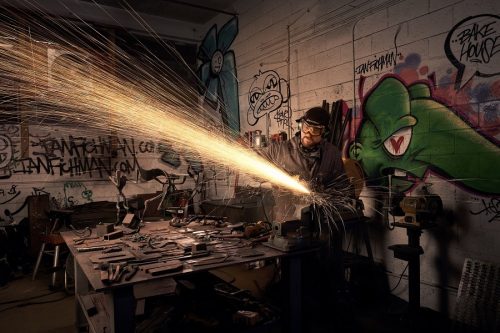 After a year of economic and artistic challenges, “this is important right now to have artists in the limelight,” she adds.

Among the participants are individual studios as well as large complexes including Doral Art Studios, Bridge Red Studios in North Miami, and Oolite Arts in Miami Beach. Visitors will also find the welcome mat out at hotspots such as the Little Havana Art District, Bird Road Art District and Leah (Hialeah) Arts District, and in the many artist complexes in Miami neighborhoods such as Little Haiti/Little River, Wynwood and Liberty City.

Painter Mette Tommerup, who works out of Fountainhead Studios, says she appreciates that Artists Open “puts everyone on a level playing field.”

Collective 62’s Surel agrees and credits Mikesell for ensuring the event is open to all. “For Kathryn, there’s no status of who is better or best. For her, just being an artist is enough,” Surel says.

Founded in 2017, the studio has grown from six to 16 artists, Surel says, and has become an all-female creative community with artists from throughout the United States and the world, including from Morocco, Israel, Argentina, Brazil, Chile and the United Kingdom. 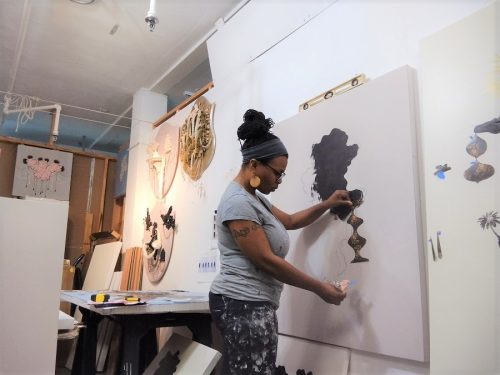 “It’s so refreshing for us to be able to open studios again,” Surel says.

Jean Jaffe, who is part of Collective 62, says Artists Open will give visitors an opportunity to explore Miami-Dade communities.

“You get a history of the area,” says Jaffe.

It was also designed to open a dialogue between artists and the community. Mikesell hopes personal relationships will be developed, bringing another layer of meaning to an artist’s work.

“My wish is that Artists Open is only a start for those who visit. That when they connect, they follow the ones they like, that they bring them into their lives, that they buy their work and introduce it to friends,” Mikesell says. “It’s not just about this one day, it’s about what I hope will bring art and artists into people’s lives from that day forward.”

For more information on Kathryn Mikesell, check out Florida International University’s Inspicio e-magazine, which has a series of video interviews at this link.