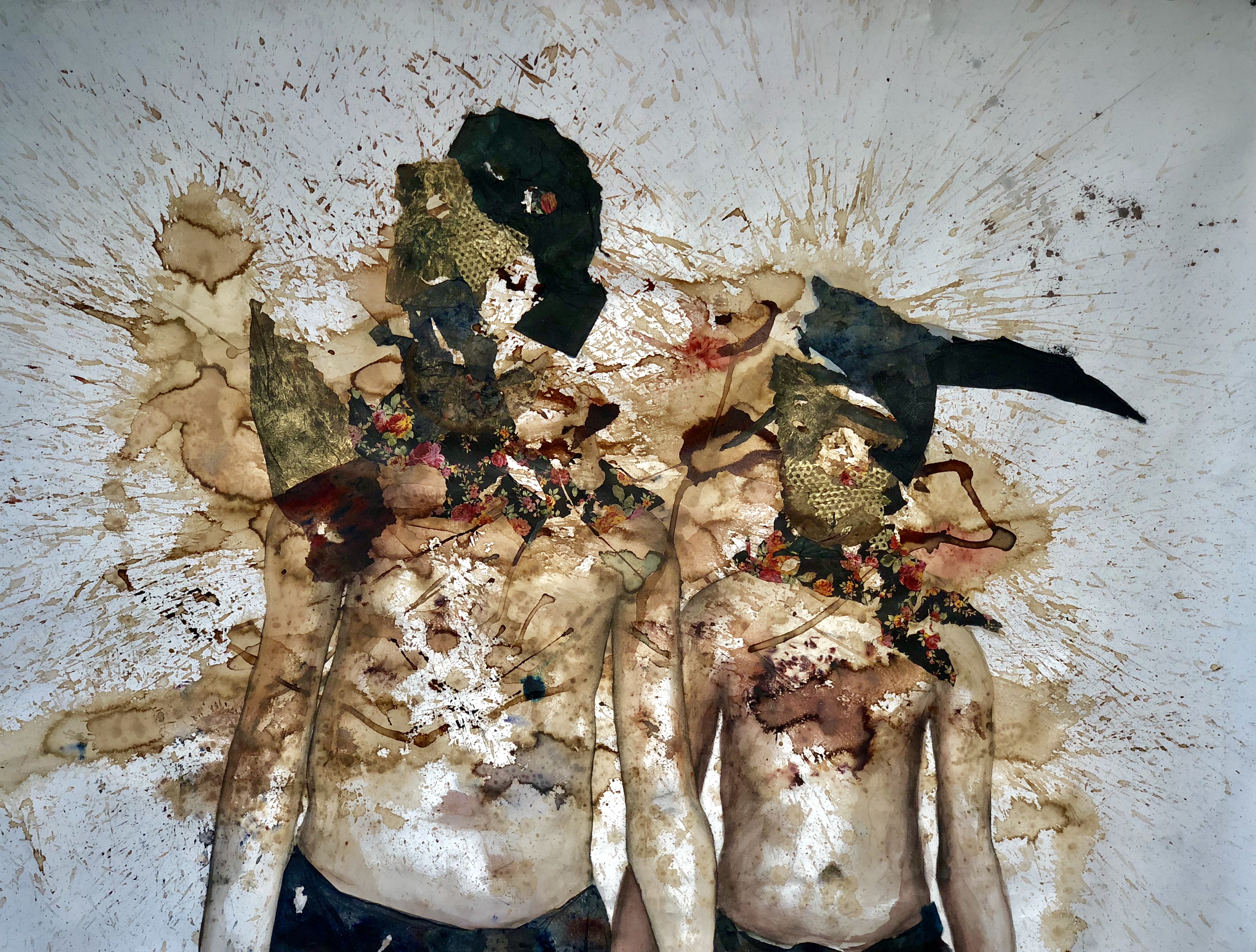 The bold, bright sun of what’s known as the Global South has risen in Miami, shining a can’t-miss light on Little Haiti Cultural Complex. It’s casting don’t-miss shade too. Artists here lay assertive claim to political discord and brutal histories that have plagued this beautiful, sun-kissed region for centuries.

With creative élan, they’ve updated that tumultuous legacy, capturing the present moment in provocative snapshots of sorts. Much of the art in the center’s current exhibit was created within the past two years or so. It opened March 13 and will be on view through April 17. This exhibit represents a multilingual swath of the Caribbean region, assembling 27 works by 19 artists, including six based in Miami.

“It places Miami within the setting of the Caribbean,” LHCC curator-in-residence Marie Vickles says. “We are really part of the Global South, that convergence of South America, the Caribbean and Europe, and honestly the rest of the world.”

While not all the artists currently live and work where they were born, they for the most part represent a stunning international chorus of compelling voices. Their art is variously embedded with cultural and historical ties to France, French Guiana, Guadeloupe, Haiti, India, Jamaica, Mexico and Venezuela. There’s plenty to see and ponder in this wide-ranging show that embraces video, photography, painting, ceramic, video, textiles, and collage.

Unfortunately, the show’s title is a scholarly mouthful: “Echo-Natures: Cannibal Desire.” No matter. The term “Echo-Natures” underscores how art weaves its own vivid stories set within the generally verdant Caribbean. These places evolve and change along with the artists.

Vigorously avoiding beach-driven clichés, this exhibit pays homage to lush but fragile, threatened natural resources of the region and beyond. In the short video “Rover” by Juan Ernesto Requena, packs of dogs roam mounds of garbage on a beach. In the background are skyscrapers and palm trees. Requena shot this in Mumbai, India, a country whose traditions have also left their mark in the Caribbean.

The title’s “Cannibal Desire” draws on concepts integral to early 20th century Brazilian modernism. They were developed by Brazilian author Oswald de Andrade. Deeply critical of Portugal and other European colonial powers, he advocated for no longer imitating their corrupting influence but “devouring” European traditions in order to reconfigure the old ways. Artists could then produce new and original forms firmly grounded in the New World.

The first iteration of this exhibit was titled simply “Cannibal Desire.” It was presented in July 2018 at the Clément Foundation, a contemporary art center in Martinique, and curated by Jean-Marc Hunt, an artist and curator based in Guadeloupe.

Hunt and Vickles joined forces to create the Miami version of this exhibit. Their curatorial essays are informed by the thinking of de Andrade as well as influential poet and critic Édouard Glissant of Martinique. Glissant, Vickles writes, “sought to establish a new identity that was self-defined, while looking to the unique development of multiculturalism in the United States.”

Perhaps in a sly allusion to encompassing sunshine of the Global South, Doucet has painted a solid yellow circle on the wall to surround his intricate relief sculpture, “Black Madonna (Black Is Thicker Than Blood).” Delicately modeled leaves and hands seem to grow from a glossy, black porcelain seashell. It’s elegantly framed by lattice shapes reminiscent of gingerbread-style, vernacular architecture in Haiti. His sculpture is at once emblematic of intersecting formal influences and a morphing, vulnerable world.

Arboite’s mixed-media collage on paper portrays the human figure during an intense period of flux. Spectral figures emerge and dissolve among dense textures created by such materials as coffee, acrylic paint and charcoal.

By contrast, another powerful work on paper, created with collage and India ink by Gwladys Gambie, depicts a graceful triumvirate of black female bodies standing strong and united, crowned with thickets of thorny plants arising from their heads. Observing a similar theme, Vickles writes that Pierre’s acrylic and decorative paper collages set loose “a new ‘she-form’ that defies definition while fully encompassing the energy of femininity.”

In two striking works, both titled “Notebook of No Return,” Kelly Sinnapah Mary addresses the violent history of Caribbean slavery by coupling a defiant feminist spirit with velvety textiles evoking aristocratic privilege and plantation wealth. In fact, these mixed-media wall hangings, ornamented with pink bows and eyelet ruffles, could almost be mistaken for over-the-top, kitschy draperies. But those ruffles and bows are only a wickedly clever distraction. These faux draperies contain disturbing images, conveyed through embellished fabric, of black bodies dismembered and scarred.

Photographs by Cédrick Isham and Gerno Odang double down on the visual punch of this show. Odang, who has reported for the newspaper France-Guyane in French Guiana, photographed a lone person holding aloft the territory’s flag during a time of social unrest in 2017, as he explained in a visit to the gallery. It vividly encapsulates the territory’s status. Protests that year, the New York Times reported, “illuminated the deep economic, social and sometimes racial divide between mainland France and its overseas territories, which are remnants of the French colonial empire.”

“Echo-Natures: Cannibal Desire” is on view through April 17 in the Art Gallery of Little Haiti Cultural Complex, 260 NE 59th Terrace, in Miami. The gallery is open 10 a.m.-9 p.m. Monday-Friday and 10 a.m.-4 p.m. Saturday. Admission is free. Call 305-960-2969 or go to LittleHaitiCulturalCenter.com. The exhibit is part of the Caribbean Arts Toute-Monde Festival 2019. Go to Toute-Monde-Festival.com.