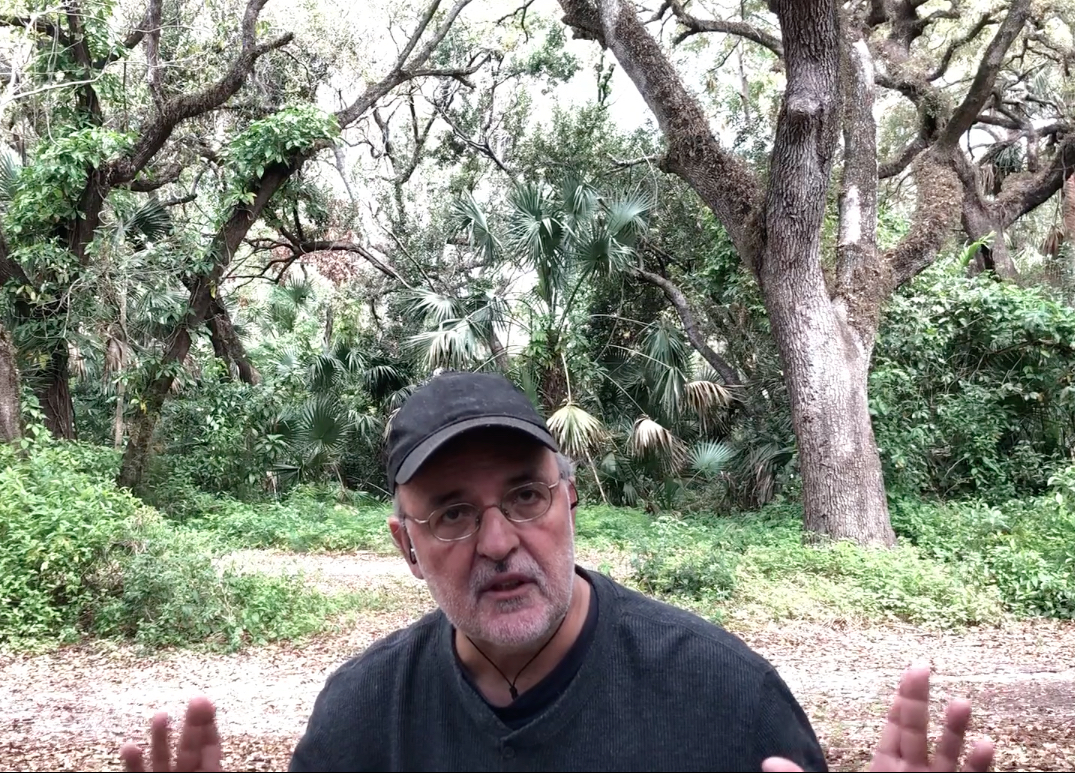 After a six-year stint operating the intimate audio-production and performance space at 942 Lincoln Road, Audiotheque’s founding director, Gustavo Matamoros, is using a welcome sabbatical to review accomplishments and prepare a next phase. Completion of the terms of a 2017-18 $40,000 Knight Foundation grant coincided with the end of his organization’s lease at ArtCenter/South Florida, which hosted workshops, intimate discussions, marathon performances and recording sessions.

Last fall, a celebratory finale featured works by guest artists Gino Robair, John Driscoll, Julio Roloff, Rene Barge, Edward Bobb, Frank Falestra, Rob Constable and Wolfgang Gil, along with Matamoros’ own. Performances conducted in the darkened chamber — the final one took place Dec. 15 — focused attention on the often startling sounds circumnavigating the finely tuned space. As Constable said in introducing his work, “What I’m interested in doing is making models of various physical phenomena … the way clouds form, or starlings swarm, for example.” The enveloping 30-speaker installation gave complex pieces like his an enveloping presence. This is Audiotheque’s forte: providing experimental sound artists a venue in which to connect to appreciative listeners.

As evidenced by extensive polling, audiences were deeply moved by their experiences — often gaining their first substantive engagement with advanced electro-acoustic music. They particularly appreciated the opportunity to ask questions, both naive and sophisticated. In conversation with Matamoros and guest artists, they probed the sometimes baffling characteristics of individual works and inquired into general principles of experimental sound art. Musicians praised the optimal sound environment and the chance to generate supportive community.

Now seeking a new home, Matamoros is equipped, but also burdened, with that elaborate sound system. This contravenes the notion of a nomadic setup. However, prior to securing the ArtCenter/South Florida space, Matamoros had organized sound installations in universities, museums, concert halls, botanical gardens, parks, the beach and Vizcaya. Those experiences inform his comprehensive understanding of how sound can be presented.

On April 13 and April 14 at South Miami-Dade Cultural Arts Center, a sound installation by Matamoros will be presented as part of “Everglades Imprint,” a performance piece featuring music, dance, film, photography and poetry. Go to SMDCAC.org.

Challenged about putting his 30-channel system in a park, he insisted, “Yes, we could. Just like at SoundScape.” That collaborative installation (with colleagues Rene Barge, David Dunn and Roberto Toledo) brought the sounds of the Everglades into the 100-speaker-equipped park adjacent to New World Symphony. While exquisitely equipped, that system is directionally oriented for the symphony’s Wallcast projections. In a new public setting, Matamoros proposes a more flexible orientation for a sound system. “It will have no particular preference for how people utilize the space,” he says. But it will activate that space, he affirms.

Following 30-some years of activity — as artist, administrator and impresario — Matamoros envisions establishment of an audio-research center he’s calling the Subtropics Institute. “That just requires a home, a place with three or four bedrooms where I can have artists come over for residencies,” he says. And to activate that superlative sound system.

“Another possibility,” he adds, “is to have some kind of interaction with the private sector — a developer or some kind of a business that can utilize the idea of the Audiotheque, for instance, as a magnet — as a facilitating experience for an audience that then becomes their patrons.”

ArtburstMiami.com is a nonprofit source of theater, dance, music and performing-arts news. Sign up for our newsletter and never miss a story by clicking here.