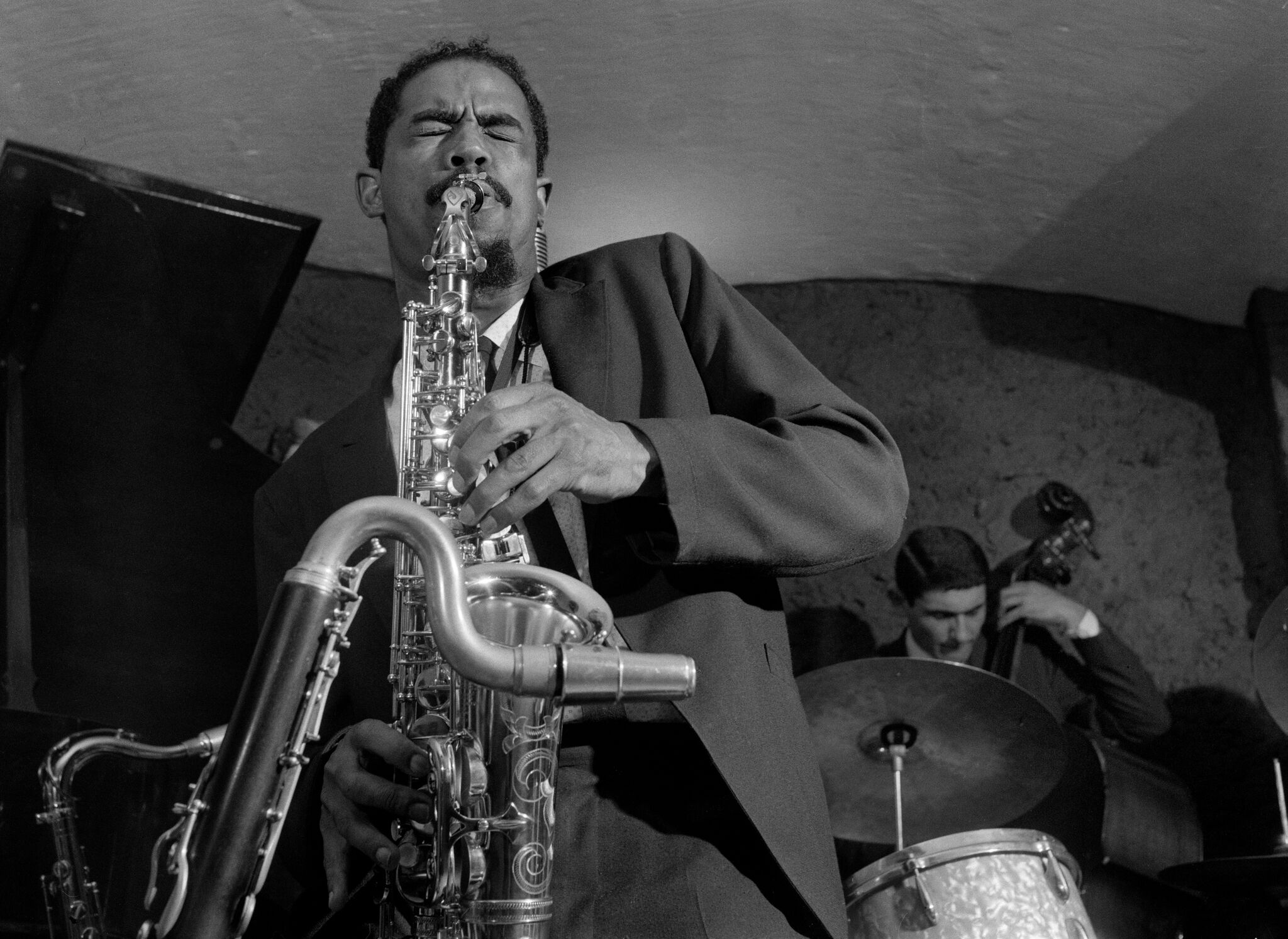 These revered artists will be celebrated during WDNA-FM’s Resonance Records Listening Party, which takes place Saturday, Feb. 2, at the WDNA Jazz Gallery in Miami. In addition to playing tracks from the respective sets — and from upcoming recordings, as well — the event will host Montgomery’s son, Robert Montgomery, and Evans’ son, Evan Evans, who will provide a privileged glimpse into their fathers’ lives and artistry. Also on hand will be Resonance producer and musical archaeologist Zev Feldman.

Each of the spotlighted artists was an innovator. Montgomery brought the fluid, bluesy licks of Charlie Christian, an electric-guitar pioneer of the 1930s and ’40s, into the modern-jazz world with a slinky, supple sound honed in the clubs of Indianapolis. Evans pioneered a deeply introspective piano style, on his own and alongside trumpeter Miles Davis. And Dolphy, greatly influenced by the boundary-shattering music of John Coltrane, Ornette Coleman and Charles Mingus, crafted a unique instrumental and compositional voice. The Resonance sets shine a light on significant yet little-heard moments in each of their careers.

The Montgomery and Evans sets capture the artists in concert in the 1960s, in Paris, France, and Hilversum, the Netherlands, respectively. The Dolphy set comprises two of the saxophonist’s somewhat obscure recordings, “Conversations” and “Iron Man,” recorded over two days in July 1963, as well as alternate tracks and a few surprises. All the music was released with the blessing of — and compensation to — the estates of the artists and the sidemen involved. This was not always the case, particularly with the spate of releases by Evans since his death in 1980.

“I think that’s part of the prestige of Resonance Records,” Evan Evans says by phone from his home in Los Angeles. “Everything is on the up-and-up.” A prolific composer of movie scores, Evans, 43, says Resonance ran everything by him and his mother, Nenette Evans, even providing the tapes for them to listen to before issuing the release. “Pretty much everything [Feldman] has done has been the highest quality that we’ve seen in the last 30 years,” Evans says, explaining that the estate has worked with Resonance on previous releases of his father’s music.

Recorded during a radio concert in 1968, “Another Time” presents Bill Evans with his trio featuring bassist Eddie Gomez and drummer Jack DeJohnette, the former of whom would play with Evans for a dozen years. DeJohnette, on the other hand, was a short-timer, playing with the Evans trio during a European tour before leaving to join Miles Davis’ band. The trio delves into signature Evans pieces such as the bright and effervescent “Very Early” and a lithe and lyrical “Turn Out the Stars,” as well as a few contemporary tunes (“Alfie,” “Who Can I Turn To?”).

“I’d say it goes beyond songs,” Evan Evans says of his father’s performance. “It’s got a bit of song form, but when he gets to what he wants to tell you, it’s quite an intellectual statement, and personal.”

Bill Evans, Wes Montgomery and Eric Dolphy all died relatively young: Evans lived to 51; Montgomery, 35; and Dolphy, 36. (Evan Evans was 5 years old when his dad died. Robert Montgomery was 6.) And while Montgomery and Evans were embraced during their lifetimes, Dolphy’s avant-garde approach was frequently dismissed. Since his death in 1964, Dolphy has been recognized as an important voice in jazz, and Feldman felt a responsibility to spotlight what he calls the “bastard stepchildren” of his discography on “Musical Prophet.”

“These records are important because they show the progression of where he was going and what direction his music was heading in,” says Feldman, who recently began working with Blue Note Records, as well. “We’re going to listen to him with vibraphone and trumpet, and it’s kind of like, ‘Oh, is this where he’s going?’ ”

Feldman will be on hand to discuss the music, as well as how he came by these rare recordings, and the Resonance sets will be available for purchase at the WDNA Jazz Gallery, which also houses the radio station. “We’ve been in touch and working with Resonance for a long while now,” says Sarah Cruz, WDNA’s development/membership director. “We’re always really excited any time one of their releases comes out.”

The event, Cruz explains, is an offshoot of the station’s Listening Club, membership to which is a premium offered to donors who contribute $600 or more. This one will be open to the public for a smaller fee. Admission comes with a free drink, and WDNA DJ Carter Jackson Brown will be spinning vinyl during the opening mixer. “That’ll kind of set the tone,” Cruz says, “let folks get comfortable and then we’ll have the panels, talk mixed with listening samples.”

This will be Evans’ first time participating at such an event. He didn’t get to know his dad well, but he’s comfortable with his legacy. “I’m extremely proud of my father,” he says. “I’m not a kid with any kind of chip on his shoulder or any kind of resentment. Quite the opposite. It’s a really fantastic relationship that I have with him.”