TransAtlantic Festival: Bringing the World’s Music to the Beach Stage 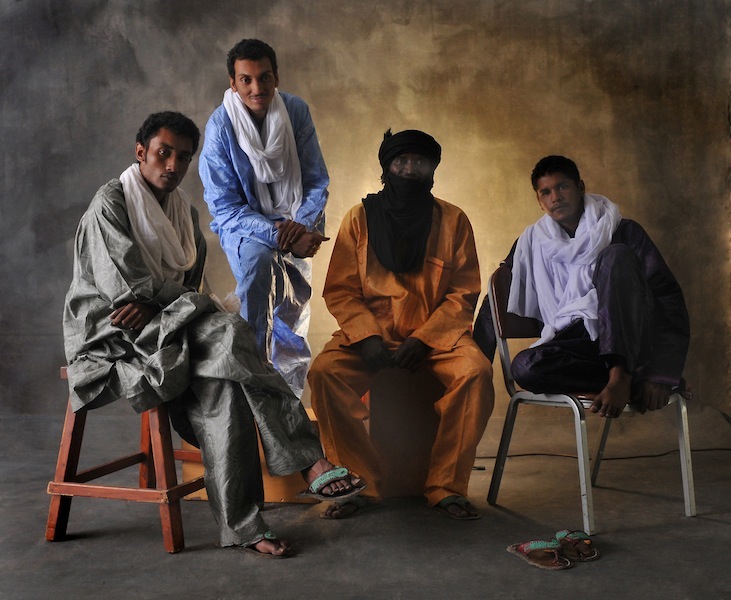 Dance music from Colombia, electronic roots reggae from Jamaica, a Tuareg guitar hero, South Florida-based rockers — these and more will be highlighted at the annual Heineken Transatlantic Music Festival on April 4 and 5, presented by the Rhythm Foundation. “It’s the sound of world music right now,” says Laura Quinlan, director of the Rhythm Foundation.

The acts include four from outside the United States who are making their Florida debuts. Saturday night’s headliner is Bombino, a native of Niger who was born in the Sahara Desert. He’s one of the nomadic Tuareg people, whose history of rebelling against colonialism and religious oppression has influenced his life and music. During a period of exile in Algeria, Bombino, born Omara Moctar, watched hours and hours of videos of musicians like Jimi Hendrix and Dire Straits. Last year, he teamed with producer Dan Auerbach of the Black Keys for the album Nomad, which was named to numerous Best Of lists, including from NPR Music and Rolling Stone magazine. After the TransAtlantic, he will perform at Coachella and the New Orleans Jazz and Heritage festivals, among others.

Friday’s stars are Astro, an electro quartet from Chile. Daniel Varas, who plays keyboards and percussion with the group, describes its sound as “experimental pop, rock, and psychedelia.” Though new to the stages of the Sunshine State, Astro has performed at Lollapalooza Chile and Rock al Parque in Colombia.

From Colombia comes Esteman, who also plays Friday. Esteban Mateus is a self-described musical-theater geek and performance artist who created his Esteman persona before becoming an Internet sensation in 2009 with the song “No te metas a mi Facebook” (Don’t Hack Into My Facebook). Released in 2012, his first album, First Act, mixes up boleros, ‘50s American  pop, rockabilly, country­western and tropical sounds.

A Jamaican trio, the Courtney John Project, brings its rootstronic sounds to the stage on Saturday. In an interview with the Rhythm Foundation, Courtney John explained that it was “Soul of a Man,” a song done for Oliver Stone’s movie Savages, that caused the band to shift from playing lovers’ rock. “The song wasn’t chosen for the movie, but ‘Soul of a Man’ made us realize that our energy was undeniable. This track started the new sound that we call ‘rootstronic’ — where roots is the foundation and tronics was the innovation.”

There will be homegrown bands at the festival as well. “There is very definitely a Miami sound and it’s something that should be celebrated worldwide,” Quinlan says. “It’s great to put our bands up on a par with the most interesting acts in world music today.” Representing South Florida are Tremends and Afrobeta.

Alex Posada, Juan Rozas and Alejo Rozas are the rockers of Tremends. These bilingual performers list Spanish-language rock nacional among their influences. The dance-music duo Afrobeta describes itself as “the love child of [members] Smurphio and Cuci Amador.” They have released an EP, “Do You Party,” and an album, Under the Streets.

Before the festival, there will be a free launch party on Wed., April 2, featuring local bands Hunters of the Alps and Eagle Chief.

Quinlan is proud that the nonprofit Rhythm Foundation has presented the TransAtlantic Festival for 12 years now. During that time many other such events have come and gone, she notes. “We haven’t created a giant music festival, but we have created a solid music festival.”

WHAT: The Heineken TransAtlantic Music Festival

WHEN: Friday and Saturday, April 4 and 5