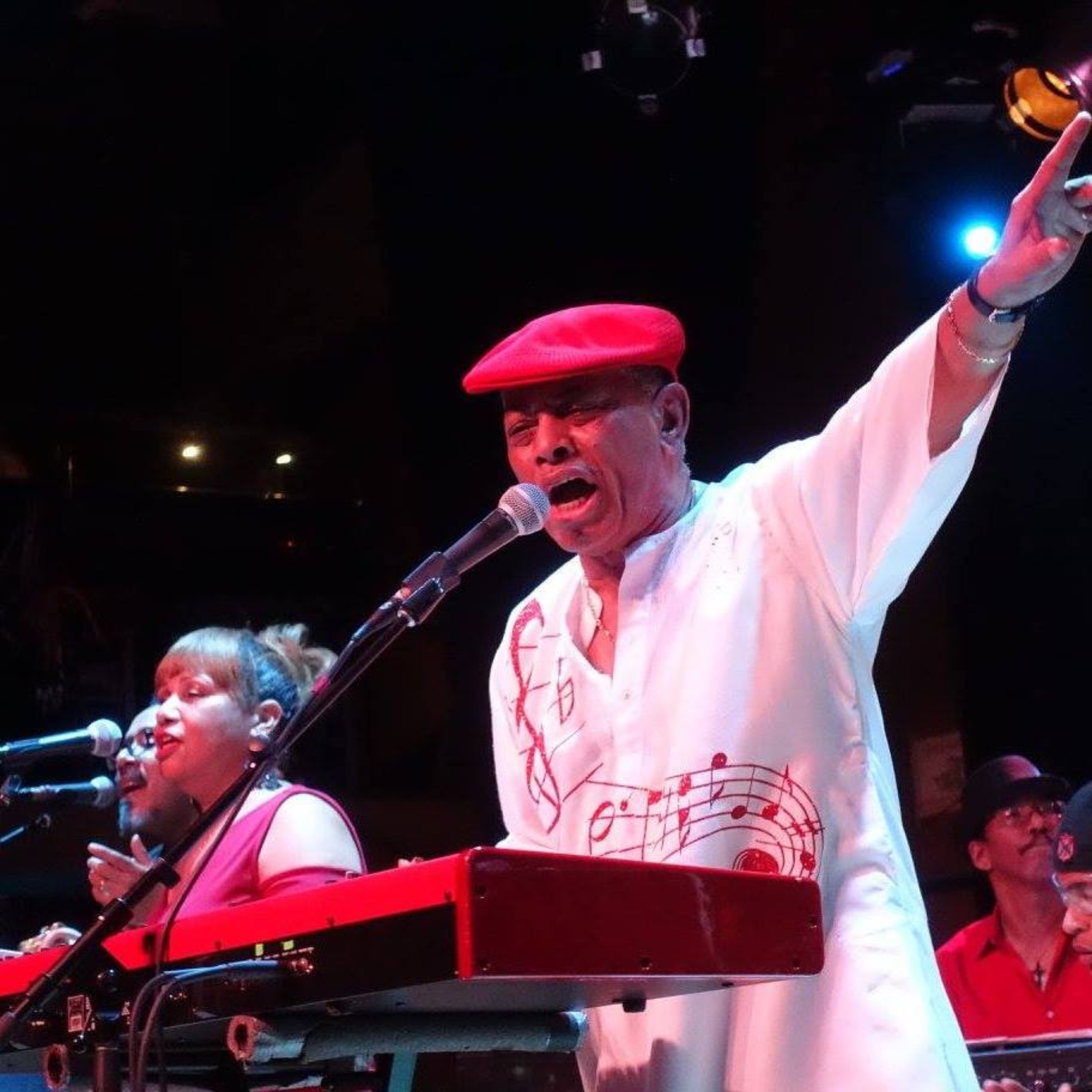 Joe Bataan and his Barrio Boys will perform on Valentine’s Day at the Manuel Artime Theater, as part of the Miami International Jazz Fest. (Photo courtesy of Joe Bataan)

Once upon a time, Joe Bataan reigned as the King of Latin Soul.

Spanish Harlem – also known as “El Barrio” – was his kingdom. It’s where he learned to sing doo-wop harmonies on street corners and play clave, the syncopated beat that forms the base of Afro-Cuban music.

It’s also where the young Bataan got into trouble with the law. By the age of 15, he had joined a gang and spent time in a reformatory. Barely an adult, he was sentenced to five years in prison for stealing a car.

But music was his saving grace.

While serving time, Bataan studied music theory and, after his release, he taught himself to play the piano – often sneaking into a church basement and a community center to practice. He put together a band of junior high school students and started arranging and writing songs.

Bataan would go on to become a top-selling recording artist and a pioneer in boogaloo and urban dance music. Life would show him many setbacks and comebacks.

Now 77, the King of Latin Soul is enjoying yet another chapter. Along with his Barrio Boys, Bataan is headlining the Miami International Jazz Fest on Feb. 14 at Little Havana’s Manuel Artime Theater, where they will share the stage with Ramiro Aguirre y su Charanga. The festival will continue Feb. 15 with the Danilo Perez Trio and Yamit and The Vinyl Blvd.

In the late ’60s, Bataan’s talent for fusing rhythms and bending genres caught the attention of Fania Records, the New York salsa label that signed him in 1966. He compensated for a lack of formal training with nerve and an ear for the new big trend to hit the dance floor.

Over a few years, he recorded eight Fania albums, churning out hits such as “Gypsy Woman,” “Subway Joe” and “Saint Latin’s Day Massacre.” His album “Riot!” turned gold and became Fania’s top seller in 1968. It had a funky party track, “It’s a Good Feeling,” that became especially popular in Colombia, where it was called “El Avion.”

Bataan was riding the boogaloo wave, a fusion of R&B and blues with Afro-Cuban dance rhythms, with songs in both English and Spanish. The ’60s trend had started among young New York Latinos who spoke English but danced Latin. Bataan preferred to call his style “Latin Soul,” singing doo-wop-tinged ballads mostly in English, with a Latin cha-cha beat. His band also performed more traditional salsa, with other vocalists singing in Spanish.

Like his music, Bataan was a hybrid of cultures – and he wasn’t Latin. He was born Bataan Nitollano, the son of a Filipino cook and an African-American housewife, who learned to blend into his surroundings.

“For a long time, I didn’t really know my identity because I grew up with mostly Latinos,” said Bataan, from his home in Upstate New York, where he lives with his Puerto Rican wife, Yvonne Cepeda. “I had to learn the language and the customs. You couldn’t tell the difference if you saw me in the neighborhood.”

In 1973, Bataan left Fania, as boogaloo was in decline and he was having money disputes with the label. He co-founded Salsoul, which became a cult dance label. Bataan later sold his interest in Salsoul, but not before scoring one of his biggest hits, the 1979 “Rap-O, Clap-O.” The title track was one of the first rap records to hit the charts and introduced him to the European market. Always in touch with the club scene, he also recorded an early disco hit, the 1980 “Afrofilipino” (Salsoul-Epic).

Despite his success selling records, fame and fortune were always just beyond his reach. In 1981, as the market was changing and a gambling addiction caught up with him, Bataan found himself without a label or money. Responding to an ad, he found a job as a youth counselor at a Bronx juvenile detention center – the same place he had once spent time in as a youngster. As a civil servant, he rose to supervisor and became a union vice president. He could finally give his family economic security. But his music days were over, or so he thought.

Today, the King of Latin Soul is back. A renewed interest in boogaloo, partly due to DJs and the internet, has revived his career. In 2005, Bataan paired up with producer Daniel Collas to release the well-received “Call My Name” on Spain’s Vampisoul label. He got another boost from the 2016 documentary “We Like It Like That” that featured him as one of boogaloo’s heroes. Suddenly, he was getting multiple calls for interviews, including from The New York Times.

“Anyone who tells you they are not elated by something like this is lying,” said the artist, who enjoys spending time with his seven grandchildren when he’s not performing. “Many people don’t get more than one chance to accomplish what they want to do in life, and I’ve had several chances.

“Looks like God has his hand on me, was waiting for me to straighten up and to fly right before he had a mission for me.”

Bataan talks about finding his mission after a near-death experience 20 years ago, but he’d had a wake-up call years earlier.

In the ’70s, Bataan was managing a hole-in-the-wall Chinese restaurant, working alongside his father. One day, he noticed a Bible on top of a piano in a back rehearsal space. It inspired him to try out an idea: What if he could turn “The Lord’s Prayer” into a Latin Soul ballad?

“I was determined to record that song, and everybody looked at me like I was crazy, because of my past,” recalled the Catholic-raised Bataan. “For a long time, I was ashamed to do the song or hold a Bible in my hand, for what people might think.”

The song came back to him after he fell in a coma following a heart attack in 2000. He woke up with his family gathered around his bedside.

“At that moment, I decided that I would try to do something to live a different way of life,” he said. “And I thought about the song, ‘The Prayer,’ and I incorporate it into every place that I have played for the last 10 years.”