The Geniuses Among Us: Opening of 10th Anniversary of Global Cuba Fest 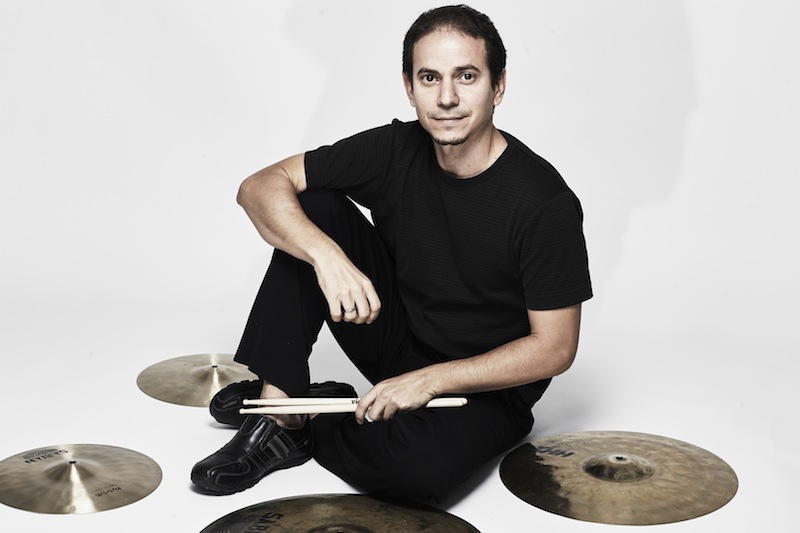 It’s not by chance that the music of Cuban drummer, composer, educator and bandleader Dafnis Prieto unfolds with such purpose.

An accidental immigrant in 1999 — he was living with his wife in Spain when, after a tour through Canada and the United States, his visa to return was denied, so he decided to stay in the United States — Prieto went on to quickly become one of the most respected, and busier drummers in the New York City scene. He also taught at New York University and, in 2011, earned a MacArthur “genius” Fellowship.

He also established his own label, released seven albums featuring several different groups, got two Grammy nominations, published a remarkable treatise about rhythm (A World of Rhythmic Possibilities) and moved to South Florida where, in 2015, he joined the faculty of the University of Miami’s Frost School of Music. And he’s not slowing down yet. His most recent project is a big band with which he just recorded a new album (Back to the Sunset) scheduled for release next month.

Completing the program next weekend, pianist Omar Sosa, one of the most creative and original members of the musical Cuban diaspora, will be performing at The Light Box on Sunday. Sosa, who in his music and various ensembles weaves many strands of African culture carried and developed by the African diaspora around the world, will be appearing with London-based Senegalese singer and kora player Seckou Keita, presenting their recording Transparent Water next Sunday.

Artburst:What are you going to be presenting with the sextet?

You just finished recording with your big band, expanding your writing palette and your sound. How does it feel now working with your sextet?

Well, now the sextet seems smaller (laughs). It’s just my perception at this moment. I’m having a good time. I think they are different babies and I love them all. Obviously, I have much more room to be free with the sextet than with the big band. With the big band I feel like I have a responsibility to be a little bit more precise, more clear and form-oriented. [With the smaller groups] we can take more risks.

Jazz groups are said to be built from the back to front, from the drums up, so to speak. But when hearing your music, probably many people would not guess that the composer, and the band leader, is the drummer. The ensemble writing, rather than the role of drums and rhythm, is the priority. How do you construct your music?

I don´t think [the music is built] from the rhythm up. I think everything is rhythm so I don’t worry about it. Everything has rhythm; otherwise we would be listening to a steady hum.

[As for the composing], when I’m writing music I’m not thinking that I’m a drummer. I was a musician before being a drummer. The drum is just an instrument. I could have chosen the saxophone or the piano. People have a tendency of thinking “well, he’s a sax player, he must think like this or that.” I’ve written music that does not have any drumming in it or anything to do with drums or music from Cuba.

You have been a very active performer and composer and yet you have remained involved with education for over a decade. What is the most challenging part of teaching?

I’ve been teaching drums for a long time, but now here [at UM] I’ve been teaching composition and ensembles and creating different classes. I’ve done a lot of things, including drumming and composition, completely self-taught. The only thing that I was trained for is to be a classical musician — and that’s the last thing I have been doing. You always have to think that there is an experience that young students don’t have yet. So the difficult part is how to translate this experience into information.

Obviously getting a MacArthur Fellowship is quite an honor, but has that “genius” moniker also brought some burdens with it?

You have the burden of expectations. People say “well, he got a MacArthur, there must be a reason for it” — and they are going to look for it. So at the beginning it was a little bit confusing for me because I felt those expectations. But after awhile, I kind of got used to it. The only thing that I can do is to be sincere with myself and that’s what I’ve been doing and that’s the reason why I’ve got the MacArthur in the first place.