The Experimental Music and Musings of Fred Lonberg-Holm at Audiotheque 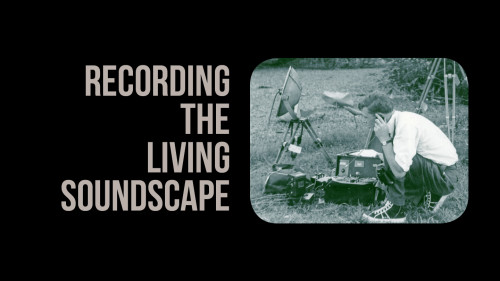 Stylistic fusion has always resulted in confusion. Should a new banjo-and-vocals release go in the “roots” or “alt-folk” or “bluegrass” bin? How about a recording of synthesizer, oboe and birdsong? Is it “chamber jazz,” “electro-acoustic” or simply “experimental?”

Composer, performer, and presenter, Gustavo Matamoros has long assumed the role of democratizing evangelizer, less interested in definitions than in finding venues and funding for artists who cross over defined genres or otherwise work in the gaps. He has installed his own sound art in museum elevator lobbies, botanical gardens, sculptures, building facades and arcades. Through the South Florida Composers Alliance (SFCA), Subtropics Music Festival, Audiotheque Listening Club at ArtCenter/ South Florida, and other venues, he provides stages and learning labs for talented musicians and sound experimenters – from near and far – connecting them with local audiences.

The Listening Club, in its third season, offers a full and varied program. Chicago cellist Fred Lonberg-Holm, who has performed in Subtropics since the 1990s, is utilizing a two-week residency to combine public programs with unstructured time for a field trip to the sound-rich Everglades National Park, for improvisation and studio recording. (Listen to him and his sound here: https://www.artburstmiami.com/our-videos/audioteque-fred-lonberg-holm-in-residence-audio.) The residency includes an experimental community workshop/ performance and a solo concert. Even Miamians’ unique driving styles serve as a point of inspiration. “Everything is part of music and music is part of everything,” he said.

The mid-career musician and composer studied with elite members of his cadre: Anthony Braxton, Morton Feldman, Bunita Marcus, and Pauline Oliveros. In an interview following “From Swing to Noise,” his guided audio tour of the cello in improvised and experimental music, Lonberg-Holm highlighted four from among the artists he had profiled.

First was a selection of Fred Katz’s 1950s work, “The Squimp” from a session with the Chico Hamilton quintet. Katz was among the first jazz musicians to play the cello in a classical European way, “using the bow and not treating it as a small version of a bass,” Lonberg-Holm explained. Katz also retained the traditional cello tuning – fifths, not fourths, like a bass.

Günter Christmann’s cello style, accompanied by guitarist John Russell and bassist Tristan Muller, lacked classical lines or tones. “You hear bowing of different parts of the cello body, pressing strings in different ways, striking strings or the body of cello, rather than crossing back and forth politely with the bow.”

Tom Kora further developed these “extended techniques” during the 1970s, “using the cello as a vibrating box for other things that could be applied to the bridge.” Responding to a question about how Kora’s playing complemented David Moss’ vocal and percussion improvisations, Lonberg-Holm laughingly retorted, “I don’t know, they’re complementing; they’re playing a duo session.”

Korean-born Okkyung Lee’s 2013 solo piece explores “what we might call grind tones and circular bowing,” explained Lonberg-Holm. It’s a variation on tremolo (rapid back-and-forth bowing) as a way to sustain a note. Lee also slows things down to the point that we’re hyper-sensitized to the fundamental physics of sound created by the friction of tightly stretched hairs rubbed against tightly drawn strings.

Lonberg-Holm’s own playing and composition don’t start with style: “Should I put on my 19th-century hat, or my 1970s hat, or my 1950s hat today?” Instead, he asks, “What sound do I want, or what phrase do I want to play or what kind of timbral center do I want the sound to have?”

“Sometimes I write things that are so open they can be played by any instrument at all…” Other times he’s far more specific: “Not just any trombone, but that guy!” This open-ended approach extends to his instrument. “It’s almost not really a cello, because it’s so tricked out,” he said. Fashioned of resin and wired with both lavalier microphone and string pickups, it’s rugged and adaptable.

For his solo concert, he armed himself with household gadgets, tools, and toys. Scrubbing and inserting them between the strings in combination with various bowing, plucking and fingering techniques, he explored microintervals, note bending, glissandos, harmonics, rhythms, and arrhythmic playing. Electronic effects pedals further enhanced or disguised the instrument’s “natural” voice. He tapped, scraped, tickled and electrified the instrument, which responded with purrs, growls, clangs, and piercing shrieks. Occasionally, he suspended playing the cello in favor of working electronics exclusively – something he once did for several years. While pushing the limits of the instrument, he also provoked the audience to fundamentally examine how sound happens and what constitutes music.

Matamoros revels in giving musicians this intimate to fully indulge their performance aspirations, while engaging audiences in both their playing and conversation.

Completing the residency program, a local “pickup” band of volunteers bearing diverse musical traditions and instruments will reassemble as the “Lightbox Orchestra” a week after their inaugural session to present an interactive public performance. Lonberg-Holm will act as composer/director, using a system of lights and cards to “fabricate” open form compositions. “Fred has no clue as to what the musicians are going to play,” said Matamoros. “Everyone comes in with a blank slate. The idea is basically to make music in the moment.

“People who come to these concerts eventually become addicted to this music,” asserted Matamoros. “It also helps the ear to understand not just this music, but how to relate to other musics. New music is not about negating other music, but expanding the vocabulary of sound and music – and that makes the world richer.”

The next guest artist on the calendar is David Dunn, who will Skype in a presentation of his wide-ranging sound art practice that “spills into other disciplines,” including engineering and biology – even pest control!

Live streaming of presentations is hosted by producer Steve Malagodi on www.spectacularsystem.com.