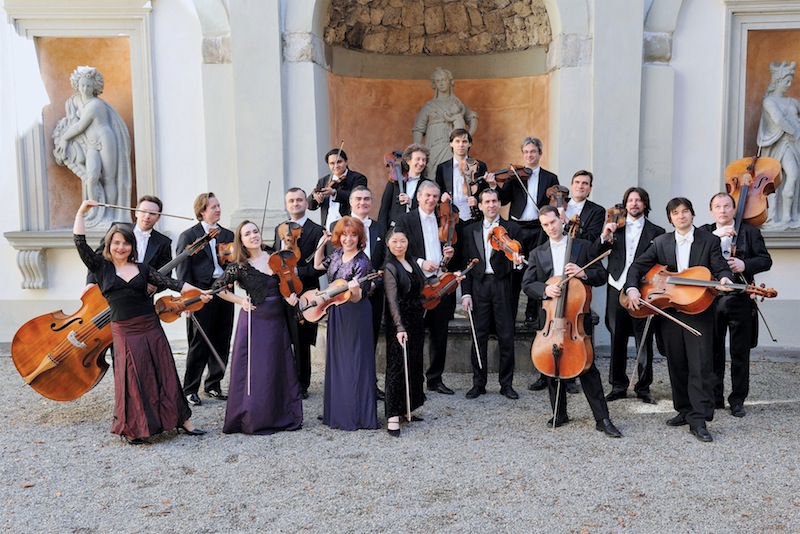 Symphony of the Americas’ James Brooks-Bruzzese, artistic director and conductor, packs up his baton, a few of his best players, and a European orchestra and takes classical music “to the people” of Florida. The three-week annual Summerfest is at its peak when the Sunshine State is in the midst of an annual classical drought.

“The idea behind Summerfest isn’t just to expose audiences to live classical music, but to also have their horizons expanded by presenting an international chamber orchestra each summer,” says Brooks-Bruzzese.

Symphony of the Americas Summerfest 2015 culminates this weekend with two concerts on Friday at Florida Atlantic University in Boca Raton and Saturday at Parker Playhouse in Fort Lauderdale.

For Summerfest 2015, selected members of the Symphony of the Americas are joined by the Arpeggione Chamber Orchestra of Hohenems, Austria. There’s a familiarity between the two. “They had been with us in 2007 in residency and had gone to Central and South America with us, so we already knew we had a great synergy with them. And they are a very talented orchestra who have been around almost as long as we have,” says the maestro.

Summerfest is now in its 24th year, while the Symphony of the Americas has been around for 28 years, having started in South Florida in 1987 as a choral organization performing Baroque chamber repertoire. In 1991, when Brooks-Bruzzese became musical director, a four-concert vocal/instrumental series was added, which eventually evolved into the Symphony of Americas, whose mission became to enrich the cultural environment of South Florida and the Americas.

Meanwhile, Arpeggione recently celebrated 20 years, where its performance home is in an Renaissance palace of the family Waldburg-Zeil, although the group travels throughout the year playing abroad.

Brooks-Bruzzese visited the chamber group on its turf in May bringing with him his American performers. “We had four or five rehearsals with them, then performed concerts there. When they came here, we rehearsed a few times and then we started on our tour,” he explains.

The combined talents of the Summerfest orchestra perform two programs for its Florida tour. “There’s a diversity in the programs and not much of a change in one and two, but there’s enough to create interest. Some audience members come one night and want to go to another location on another night and they get to hear a slightly different program,” according to Brooks-Bruzzese.

Music selections include Mozart’s Eine Kleine Nachtmusik. “We do the first and last movement because of the limits we’ve imposed,” says Brooks-Bruzzese. By limiting the length of one piece, the conductor can fit more music in and make the program more varied.

There’s also David Popper’s El Fentanze for Cello and String Orchestra; Jules Massenet’s Meditation from Thais; and Victor Herbert’s Serenade for Strings, Op. 12 — and that’s only in the first half. Works by Vivaldi, Liszt, and Strauss are in the second half, and Program One winds up with Jacques Offenbach’s kicky Can Can. The second program adds Tchaikovsky’s Elegie from Serenade for Strings and also Nostalgia Mexicana from Latin Grammy award-winning composer Eduardo Magallanes.

Summerfest began on July 16 with a performance in West Palm Beach and subsequent shows in Pembroke Pines, Weston, Miami Lakes, Sunrise, and Vero Beach. “We’re going to venues where people wouldn’t most of the time have the opportunity to hear such a professional orchestra, especially in the middle of summer. Plus, we’re small enough to go to these types of venues with two dozen or so musicians,” he explains.

The combined groups also traveled to Panama at the end of July, part of Symphony of the Americas mission to bring music to the Americas, and a chance for Brooks-Bruzzese to play in his native Panama.

Summerfest has an element of cultural exchange in many ways. The international groups that join Symphony of the Americas each year bring something to Florida that goes beyond music and playing for audiences. “There an exchange of ideas between the musicians, especially when we’re not performing, but at lunch or around the dinner table. We become familiar with each other and we learn about them and they learn about us. What results are great permanent relationships with other musicians throughout the world.”