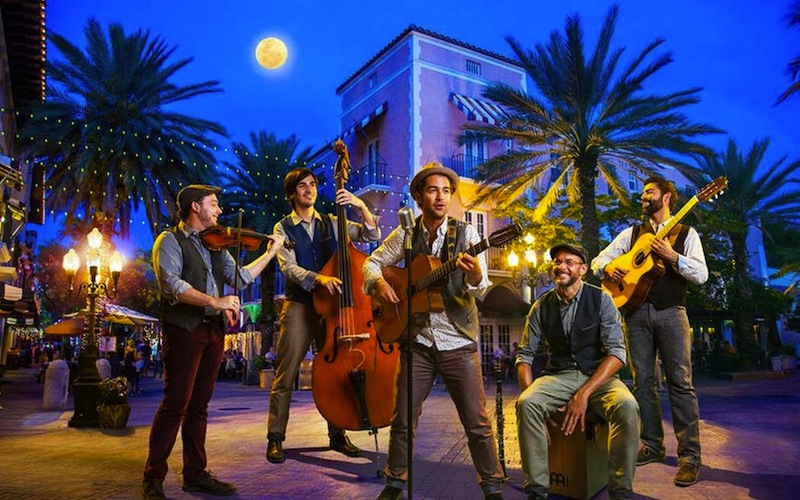 What better way to welcome summer than with a burst of live music?

Leave it to the French to come up with the idea. Since 1982, they’ve marked the summer solstice with free concerts and performances all over – in restaurants and fields, for example, as well as in regular concert venues. Named Fête de la Musique, the celebration has spread to more than 100 countries around the world and is also known as Make Music Day.

“In Miami we wanted to do the same thing, that is to say, inviting artists to play in the street, play in the bars, making music available for everyone,” said Lise Corcos of the Cultural Services of the French Embassy in the U.S.

That agency has worked with the Rhythm Foundation on the event since 2003, according to the foundation’s artistic director Laura Quinlan. “We love summer, in all its hot and rainy Miami messiness. We love music. We love French culture. I am very proud that Rhythm Foundation has been a longtime cultural partner on Fête de la Musique. Come celebrate the summer solstice with us!” Quinlan said via email.

This year marks the 20th celebration in Miami, with events on two nights.

On Wed., June 21, Mo’booty opens for Tamboka at Wynwood Yard. “To me, they embody the spirit of Fête de la Musique,” said Quinlan. “Their sound is a swinging fusion of cumbia and gypsy rhythms, it is impossible to not dance when they are playing.”

Also on Wednesday, Lincoln Road hosts a Make Music Day event. A variety of bands will grace two stages; and musicians both amateur and professional will appear all along the road, Corcos said. There will also be non-musical interludes between performances presented by the Miami-based Front Yard Theatre Collective.

“Make Music Day is a pun that only makes sense if one speaks French,” Quinlan said. “It came from the New York presenters, and it is a play on words matching Fête (which means festival but sounds like another French word fait, which means ‘make’.”

And because one night of music, even a busy one, could never be enough, Corcos’ office has partnered with the French division of the Societa’ Dante Alighieri in Miami to host a French night on Friday. Music presented will be by famous French singers and composers from the 1950s to the 1980s. Artists being celebrated include composers Francois Couperin and Erik Satie, along with singers Mireille Mathieu, Vanessa Paradis, and La Compagnie Creole, among others. A booklet of lyrics will be provided so guests can sing along. “And it will be free, everything will be free,” said Corcos. “It’s a good way to appreciate music without ruining oneself.”

The founder of the Frost Chopin Festival, presented at the University of Miami, is dedicating this year's performances to the people of Ukraine and will feature many talents with ties to the now war-torn country.
Continue Reading