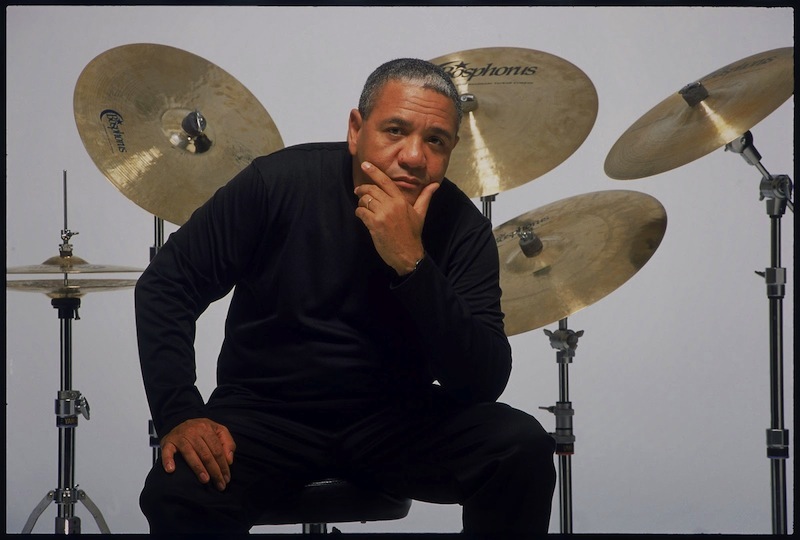 At an age when many are winding down their working lives, Ignacio Berroa eagerly anticipates a new stage in his career.

It would be understandable if the 64-year-old drummer, recognized as one of the greats of his generation, elected to rest on his laurels. Born in Havana, he turned professional as a teenager and was one of Cuba’s most sought-after percussionists by his early twenties. In 1980 he left home in the Mariel boatlift, and with the assistance of trumpeter Mario Bauzà and others, he re-established himself in New York, eventually becoming a member of Dizzy Gillespie’s band. He’s also played with the likes of Freddie Hubbard, McCoy Tyner, Ivan Lins and countless others.

Rather than look back in satisfaction at a stellar career, Berroa looks forward to a busy schedule of gigs and master classes, including South Florida shows Jan.13 in South Miami-Dade and later in May.

“2018 is going to be very good for me,” he said, taking a break from a holiday visit with his grandchildren. “I got a lot of things to do.”

This month, Berroa joins pianist Martin Bejerano and bassist Dave Holland to form Trio Nation. It’ll be the fulfillment of a wish for the drummer. “I have never played with Dave Holland. He’s one of my idols that I never had the chance to play with,” said Berroa, noting that he has worked with such legendary bassists as Charlie Haden and Ray Brown. “We’re going to get together probably two or three days before the concert and rehearse.”

The audience can expect originals from each musician and some tunes from Berroa’s latest release, “Straight Ahead from Havana.” The title captures him perfectly at this point in his musical life. “For the past three years, I have concentrated my career on doing more what I really want to do than doing things that I have to do for money. I’m concentrating more on what I like to play, which is straight-ahead jazz.”

Out last year, the album consists of Cuban standards played straight ahead: in standard jazz rhythms rather than their native meters. “It’s an unexpected approach, but it works, illuminating even familiar songs in a sort of bas-relief,” Neil Tesser said in his review for Jazziz magazine.

At least as much as he enjoys playing what he wants, Berroa is grooving on his educational efforts. “I really enjoy passing my knowledge to the new generation regardless of what they’re going to do with it,” he said. He has written two books, and a video presentation, “Afro-Cuban Jazz and Beyond.”

“I showcase the development of Afro-Cuban music and Cuban music, its influence on jazz and the jazz influence in Cuban music, demonstrating the long connection between Cuba and the U.S. since the days of Congo Square.” Now part of Louis Armstrong Park in New Orleans, in the 19th century the square hosted gatherings of people from diverse African backgrounds, some enslaved, some free. Elements of their music became part of early jazz compositions and can still be heard in the New Orleans sounds of today.

“Everybody should know the histories, the rhythms that our ancestors brought from Africa, how that is spread around the Caribbean,” he said. “I love that as much as I love playing straight-ahead jazz.”

In May, South Florida Jazz presents the Ignacio Berroa Trio in Davie. Before that performance, Berroa will share his video presentation. He’s also planning another recording. “I’m going to do more gigs to get rid of the albums that I ordered, then go to the studio and get more debt,” he said ruefully. “When you go to the studio you never recoup the money.” But he wants to document his work, and he’s enjoying himself.

“I’m just a proud Cuban guy who likes to play straight-ahead jazz,” he said.“I’m combining my heritage with my passion, and that’s something I’m going to do until the Lord tells me to stop.”