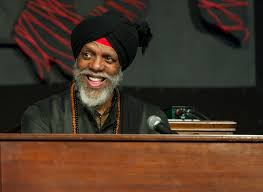 Some people send cards or buy gifts to show their appreciation. Alice Day started a hall of fame.

The singer, dubbed “South Florida’s first lady of jazz” by the late radio host China Valles, felt that this area’s jazz people – musicians, club owners, promoters and producers, disc jockeys — deserved more recognition. She founded the South Florida Jazz Hall of Fame to provide it. “It seemed to me that somebody should say thank you to a whole bunch of people,” she explained.

Previous inductees include saxophonists Cannonball Adderley, Joe Donato and Jesse Jones Jr.; bass innovator Jaco Pastorius; Nestor Torres, who plays the flute; radio hosts Ed Bell and Alan Grant, in addition to Valles, who was part of the hall’s first class. Day was installed in 2010 as well, to her surprise.

There are others, perhaps less well known, such as the late Nancy Murphy, who with her husband founded Erny’s, a popular spot for live jazz; drummer Dave Nuby; and the late Chief Sandrell Rivers, a longtime arts advocate and Miami-Dade County employee who was given the title during a visit to Nigeria. Theirs may not be household names but Day feels their contributions mustn’t be ignored.

Inductees, who must have done significant work in South Florida over a period of years, are chosen by the SFJHOF board and the community. The seven-member board nominates a partial slate and seeks suggestions from attendees at concerts presented monthly by the Sunshine Jazz Organization, which is a co-sponsor. Honorees are determined by board and community vote.

The induction ceremony, which serves as SJO’s July concert, is a celebration. Honorees or their representatives tell stories, musicians and fans who may not have seen each other for years reconnect, and it culminates in a jam session during which musician attendees join inductees.

“I get to see people I haven’t even seen for I don’t know how many years,” Day said.

According to SJO president Keith Valles, son of China Valles, it’s a no-brainer for the organization to be involved, given its mission of supporting jazz and jazz people. “The artists, especially the local artists, they don’t get recognized like they should, and a lot of them are doing it just for the love of it,” he said. “This is our way of saying we appreciate them.