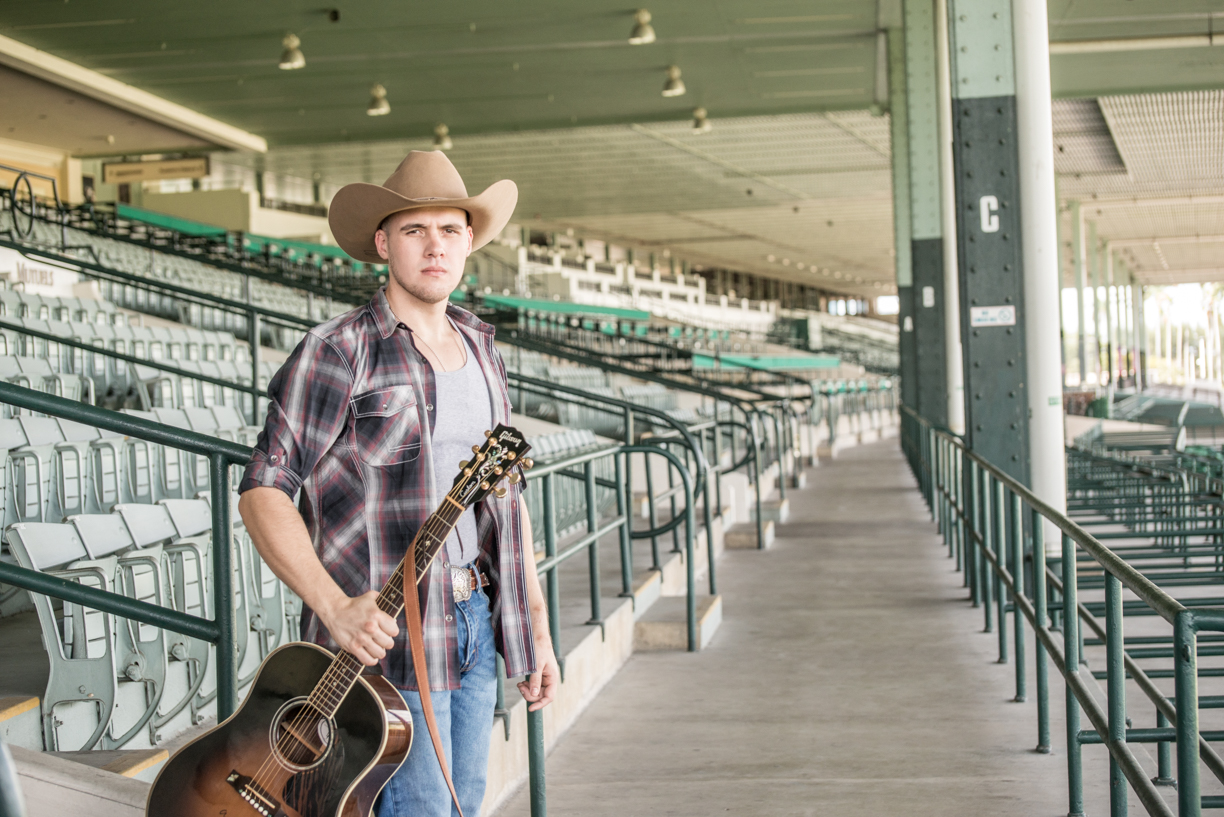 Ricky Valido’s songs, including “Swamp Stomp,” “I Love Livin’” and “69 Camaro,” touch upon typical country-music themes with an authenticity that belies his age and upbringing. (Photo courtesy of Ricky Valido)

Having artists livestream their performances is certainly nothing new these days. But can it be done as an open mic night?

The Seminole Theatre is taking the open mic concept online on April 30, with an intriguing mix of known and unknown acts teaming up for an eclectic and unpredictable two-hour tour through music, spoken-word and other genres. The show can be seen free of charge on its website, Seminoletheatre.org.

The popular Homestead venue will kick off the event at 6:30 p.m., with two thriving local acts: country music singer-songwriter Ricky Valido with his band, the Hialeah Hillbillies, and blues rocker AJ Gaytan and his band, Southern Stampede.

Each is expected to perform 15-minute sets, and then the rest of the evening will be open to anyone who registers and is accepted, until capacity is reached. Most performers will get about five minutes to show their stuff.

“We’ve mapped it out to where we can take 15 to 20 slots, depending on how many registrations we are getting and the type of artistry that they have,” says Katherine Rubio, executive director of Seminole Theatre. “I’ll be moderating and, if people have questions, I’ll direct them to who is on the livestream with us and make sure we work that out.”

The driving force behind the night is not only providing a creative outlet for artists, but also promoting and embracing unity.

“About two weeks in from us being closed, we kind of realized that what was happening around us was going to be our new normal for a while,” Rubio says. “One of the most important things for the theater is to always be connected with our community and our patrons. And because of the situation, digital is the only way we can do it. We can’t give them the programming that we had planned for the remainder of our season, but what we can do is showcase some of the incredible talent that we have in this town.”

One of the main draws is Valido, who at age 27 is an old soul, heavily influenced by country legends such as Johnny Cash and Waylon Jennings. While his peers – and siblings – might prefer trendy styles like reggaeton, rap and hip-hop, Valido is drawn to the storytelling and down-home style of country music.

“I was born and raised in a Cuban-American household, so I listened to pretty much everything,” he says. “But the lyrics themselves attracted me to [country music], because my grandfather listened to it in Cuba. He had all the records, and then he brought some of those records here. When I was younger, I didn’t pay much attention to it because it was country music and it might not be as cool as I think it is. But once I started to listen to it more, I started to really dive in deep.

That passion shows in Valido’s music. Songs such as “Swamp Stomp,” “I Love Livin’,” “69 Camaro,” and the sultry new blues jam, “Hello Darkness,” touch upon typical country-music themes with an authenticity that belies his age and upbringing.

But then again, Valido’s bio touts a musical style that “transcends genres and generations alike.”

“That’s my goal,” Valido says. “I hope that my music attracts not only the country music listener, but also other people that might not normally listen to this genre. I hope my music might reach them somehow.” 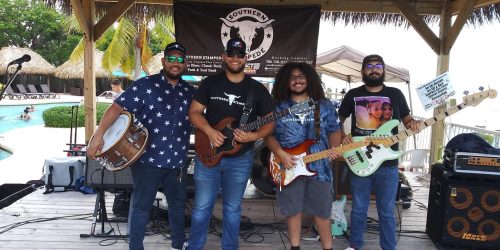 Through the years, Valido has opened for superstars including Thomas Rhett, Alan Jackson, Brad Paisley, Rascal Flatts, Aaron Lewis, Luke Bryan and even the classic rock band Heart. But the time he was most star-struck came at a random moment.

“When I went to Nashville to record a project in November 2018, that was the same time the Academy of Country Music Awards were happening there,” Valido recalls. “And there’s an artist named Sturgill Simpson, who I admire and love and am a huge fan of, and he was actually busking outside the ACM Awards with his guitar, and he had a Grammy sitting inside his guitar case. And he was talking to and interacting with fans, and that was pretty cool. I was not expecting it, because I was just walking around downtown. It took me a while to approach him, but I got to talk to him and he was just a down-to-earth guy.”

There obviously won’t be an open guitar case to throw change in, but viewers will have the opportunity to donate money during Open Mic Night.

“The entertainment industry, the hospitality industry – pretty much everyone across every field is struggling right now,” Rubio says. “We’re doing [the show] via Zoom, which is now everyone’s favorite app, and we have the capacity to livestream directly to Facebook, and we’ll have donation options.

“The beautiful thing about this is, the donations are for the continued support of the theater, but it’s also for the participating artists. And depending on how successful this is, maybe not only for our two headlining artists, but also for some of the artists that are showcasing their talents.”

The other headliners, Gaytan, a soulful blues rocker from Homestead, and Southern Stampede are known for their originals (you’ll hear their new single, “Ghost”), as well as for classic-rock covers such as The Allman Brothers Band’s “Whipping Post” and Joe Cocker’s growling version of The Beatles’ “With a Little Help from My Friends.”

About slot security: If you’re an artist who has already been awarded time on Open Mic Night, your spot is guaranteed, no matter how many incredible performers might apply afterward. According to Rubio, no one will be bumped.

And if you apply too late for the April 30 show, don’t worry. Your time will come.

“If we get to the point where we are over the capacity for our slots, what we will do is probably do a second session,” Rubio says. “It’s only a bigger opportunity for us to showcase even more people and maybe find some different headliners from town, and then we can do a different series. We’ll definitely find a way to accommodate everyone.”

To apply: Go to Seminoletheatre.org and click on “Upcoming Performances”