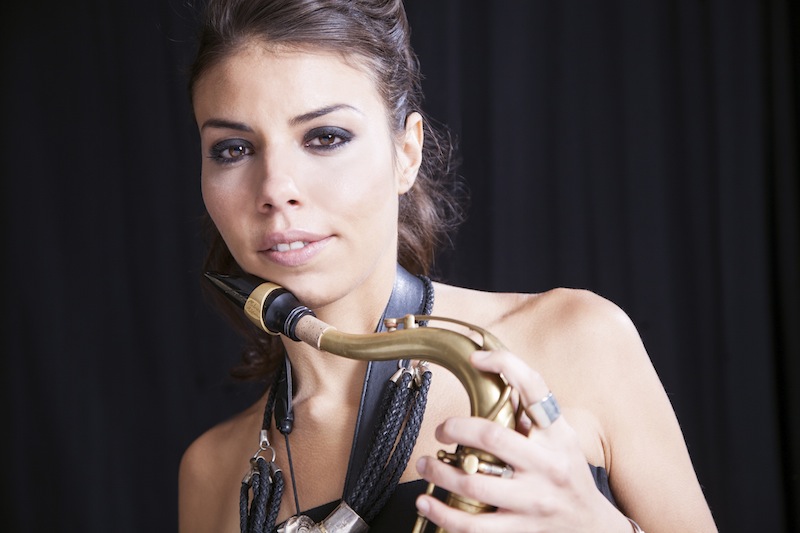 Melissa Aldana is the first woman instrumentalist and the first South American artist to win jazz’s prestigious Thelonius Monk competition. Which distinction is more important to her? Neither.

“I know actually it means a lot for my community, South American people, and also being a female, especially in these days,” says the 29-year-old, who opens this year’s summer concert series at the Coral Gables Congregational United Church of Christ on Thursday. “It means a lot that I won it. But to me you know music always felt like something that doesn’t have genders, it doesn’t have cultural borders.

“It doesn’t matter if I’m from Chile or Japan. It’s all about your experiences and what you have to say.”

Known since her 2013 Monk victory for her work with Crash Trio, Aldana in South Florida will be doing something different: playing as part of a quartet, with the addition of a piano.

She says she worked in the trio format for years because it was what she felt she needed musically, to develop the strength that comes from playing with just the bass and drums.

“But now with piano I’m bringing some new material and I’m just working toward what is going to be my next project, which is actually going to be quintet,” with trumpet.

Aldana is a third-generation saxophonist. Her father and early teacher, Marcos Aldana, preceded her in the Monk competition in 1991. Until recently she performed with a horn that had belonged to her grandfather, well known in Chile, Enrique Aldana.

She describes the jazz scene in her homeland, from which she moved 10 years ago to study at Boston’s Berklee College of Music, as small but growing.

“There are not that many musicians, but the few that are there, they’re great,” she says. “There are more jazz clubs, people are more aware of the music, it’s more common for artists to record albums. I think that it is something that is developing slowly through time.” She hopes her success will inspire younger Chilean musicians.

Thursday will be one of Aldana’s first outings with the quartet, which includes Pablo Menares on bass, drummer Jochen Rueckert, and Glenn Zaleski at the piano. She says concertgoers “are just going to experience what is new for Melissa.” It’ll be kind of a preview of the album she plans to record in 2018. But they can expect the tried and true, too.

“I always put a standard in the middle,” Aldana says with an audible smile.