Rhythm Foundation to present the folk sounds of Matthew Sabatella 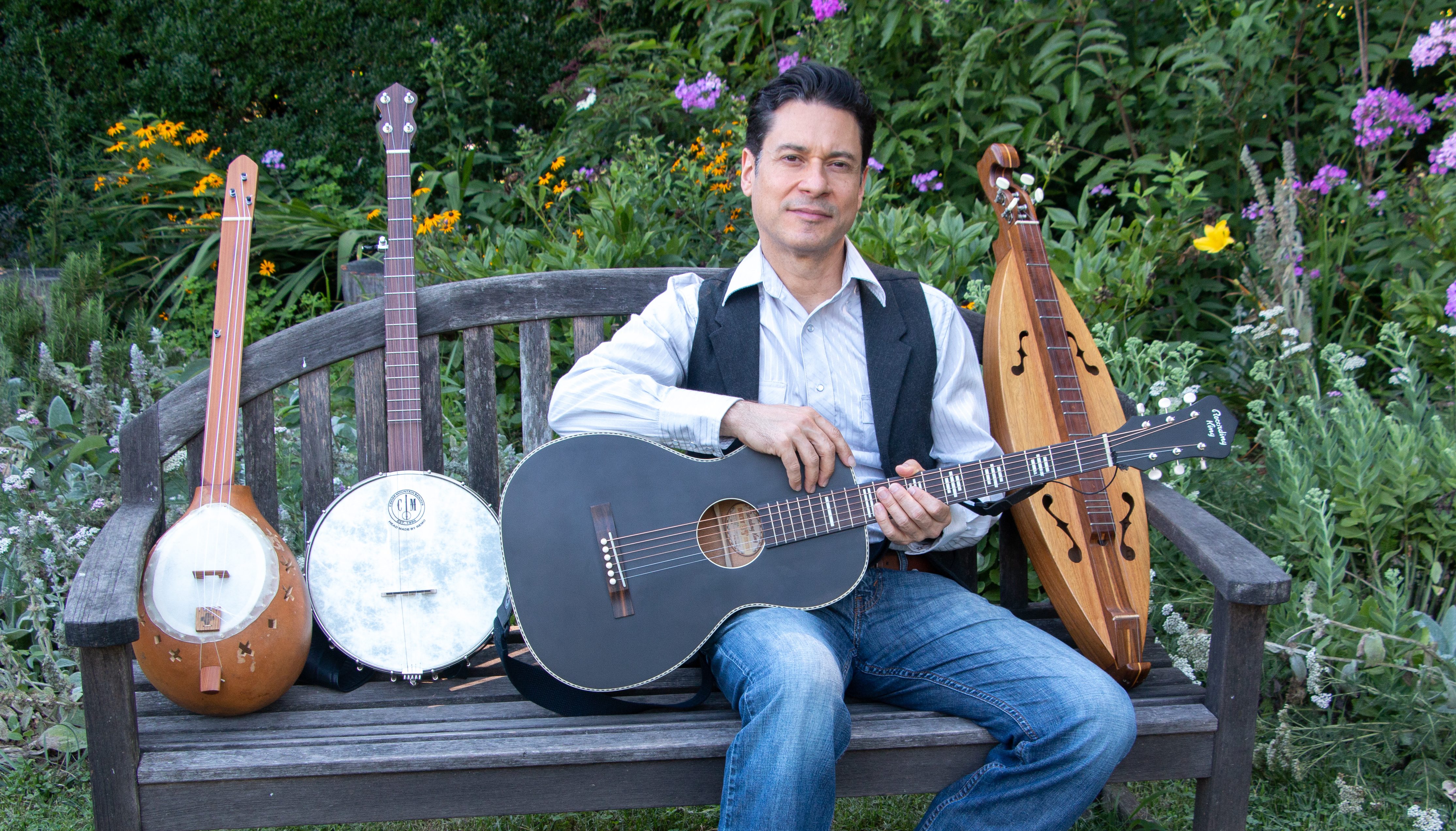 Matthew Sabatella plans to bring his acoustic guitar, a couple of banjos, and possibly a mountain dulcimer to his May 21 performance at the North Beach Bandshell. (Photo courtesy of Arlin Geyer)

Two decades ago, Matthew Sabatella was forging a nice career in South Florida as a pop-rock singer-songwriter and bass player. Then, he had an epiphany.

“The big change was discovering this whole body of American folk music, music that came before Elvis, basically, that I was only marginally aware of,” says Sabatella, who earned a Bachelor of Arts in Music at the University of Miami in 1990. “But I really became fascinated with traditional folk music when I stumbled on the ‘Anthology of American Folk Music,’ which was a six-album set that came out in the 1950s …

“It really just showed the roots of contemporary music, but it also kind of tied the whole story of America together for me, and that’s where the real interest is for me – the intersection between music and the history of our country, and the people who came here and settled here.”

Suddenly, Sabatella wasn’t especially interested in making his own music, so he dove right in to this fascinating new world. He formed the Rambling String Band, which features traditional folk and bluegrass instruments such as banjo, fiddle, mandolin, bass fiddle and mountain dulcimer.

And he began studying the history of American folk music with a fervor he had never felt before.

“The lyrics to a lot of the songs really just humanized people from past generations and their experiences here,” he says.

Sabatella was also drawn to “the way the music interacted to create new genres that could only have been invented by the combination of cultures coming together in the United States: the Scots, Irish fiddle tunes, and ballads with the African singing and instrumental traditions that really kind of set this whole path toward blues and ragtime and country and gospel and bluegrass music. And rock ‘n’ roll.”

On Thursday night, The Rhythm Foundation will present Sabatella performing a closed-set solo show at the North Beach Bandshell, to be livestreamed on Rhythmfoundation.com. The concert was supposed to feature the full band until the coronavirus pandemic struck.

“It was booked as a show for the Rambling String Band. When all this came down, they contacted me and asked if I could do a solo version to minimize social contact,” he says. “I’ve done a couple of individual songs for a couple of events online over the last month or so, but I haven’t done a full concert, so I’m happy to have this opportunity.”

Sabatella says he’ll bring his acoustic guitar, a couple of banjos, and possibly a mountain dulcimer, which he plays on his lap, and he’ll perform songs he’s learned over the past 20 years of studying folk music.

It’s difficult to know exactly what to expect, as Sabatella has never played to an empty venue before.

“It’ll definitely be a different experience for me – performing but without having any audience feedback,” he says. “And also, the videos I’ve streamed so far have been from home, so this is gonna be better production values with lighting and camera people, but no audience in front of me.” 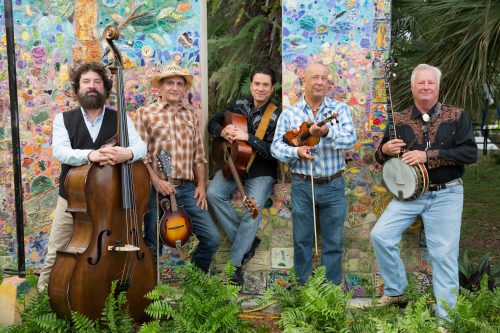 It would be logical to guess that Sabatella enjoyed studying American history in high school, but that couldn’t be further from the truth.

“No, I definitely did not,” he says, with a laugh. “I didn’t connect at all when I was in the history classes. I wasn’t relating it to actual human beings. It would focus on maybe the presidents and laws and whatnot, but there wasn’t a lot of emphasis on what actual people were going through. And that’s where the music really changed everything – coming to hear and understand people through their music is really when the switch flipped. And that’s why, for me, my performances have almost always also talked about the history of the songs and the history of the people, because I think that’s an important aspect to understanding and appreciating the music.”

Sabatella and the Rambling String Band have released three albums full of songs with familiar titles – “Home on the Range,” “I’ve Been Working on the Railroad,” “Skip to My Lou,” “Oh Susanna!” – and obscure ones such as “Sweet Betsy From Pike,” “Once More a-Lumb-ring Go” and “Crawdad Song.”

Some of the songs are hundreds of years old.

“A lot of them, from the 1700s and 1800s, were passed down orally,” Sabatella says. “Many of them were published in sheet music at some point in the 1800s, and many of them were recorded for the first time in the 1920s. So sometimes I learned them from recordings, sometimes I learned them from old folk song books … I’ve been doing a lot of traveling and studying with musicians in the Appalachians, so I’ve had a chance to learn a lot of songs from older-generation musicians who learned them just through their culture and through their family and community history.”

Sabatella’s interest in this subject grew to the point that he went back to school, earning a Master of Arts in History at Florida International University in 2015. Today, he’s doing much more than merely talking about the history of American folk music.

“I’ve recently started a nonprofit organization, Ballad of America, that’s really about helping not just the teachers and classrooms, but to spread that story of America’s music and the United States through music,” he says. “We just put out a document, ‘The Story of the United States in 12 Songs,’ that’s a free PDF, and we’re just trying to get it out there for anybody, including teachers and home-school families, as a way to make history more real and relevant to people.”

One of the stated purposes of Ballad of America is to “preserve” the music. Sabatella further clarifies: “I don’t think they’ll ever be ‘lost,’ per se. [The songs] are all there on record in various archives and books and recordings. It’s just preserving their presence in society and American life, and kind of keeping them relevant, so that they’re not just collecting dust.”

What: The Rhythm Foundation presents Matthew Sabatella via livestream

Cost: Free, but viewers will be encouraged to donate