REVIEW: TOGETHER WITH AN IMPRESSIVE ARTISTIC TEAM, JOSHUA BELL OFFERS HOPE IN THE STORM 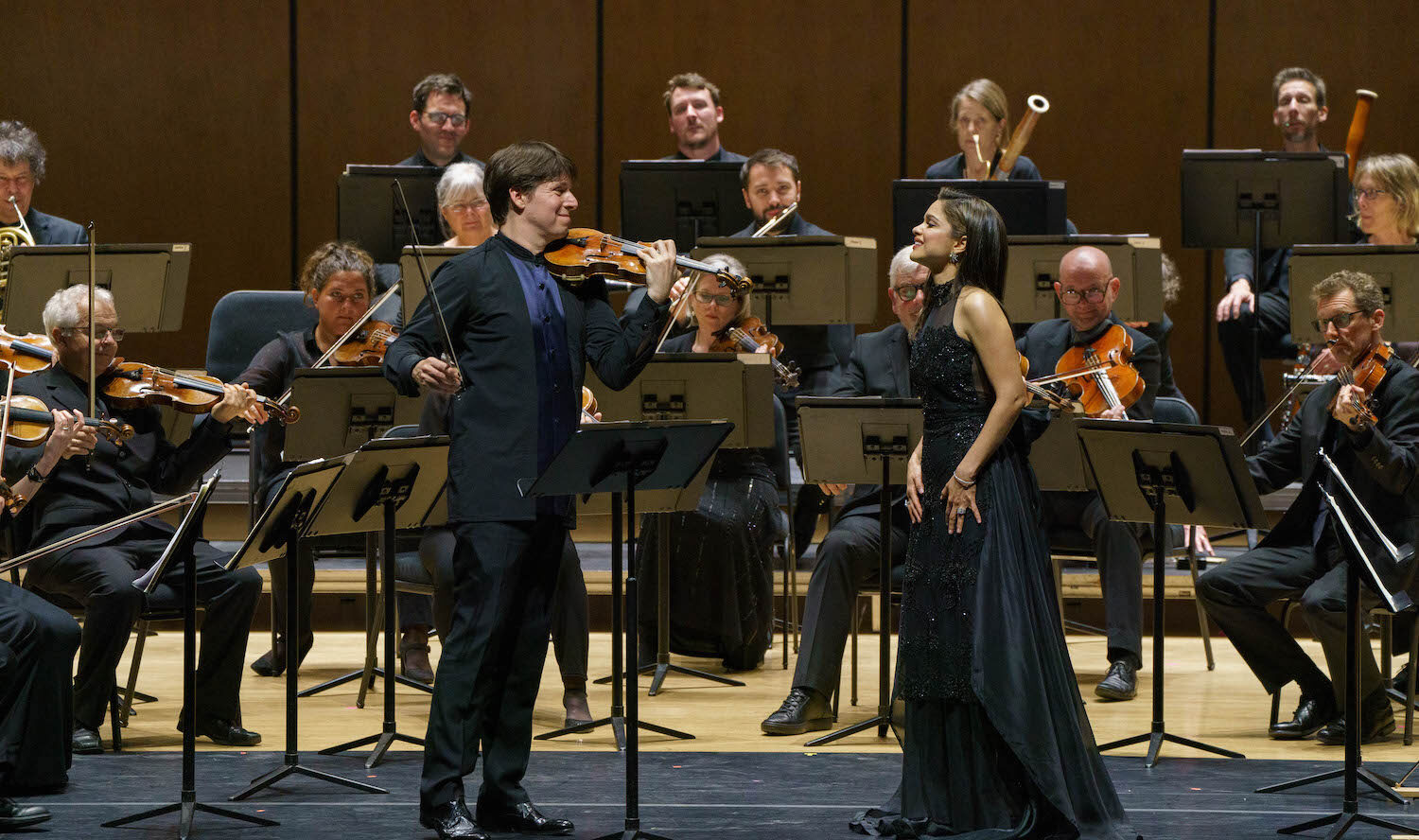 After a flood of grim news during the first week of March, a concert at Miami’s Adrienne Arsht Center for the Performing Arts brought forth a hopeful moment of light.

The onstage reunion of illustrious violinist Joshua Bell as a soloist and also as conductor of “his” orchestra, the venerable London’s Academy of St. Martin in the Fields with the Miami City Ballet (MCB) and the Miami Chamber Music Society, gave rise to an auspicious evening in a practically soldout house on March 4, 2022. The concert brought together various disciplines, high artistic level, and a budding initiative for the slowly emerging musical future of the city, after two years of pandemic.

The evening marked the culmination of Bell and the academy’s brand-new Miami residency based on a proposal from the Miami Chamber Music Society teaming up with the Arsht Center. From the New World Symphony to the Miami Music Project to the University of Miami Frost School of Music and the Greater Miami Youth Orchestra, a whole week of events, master classes, and seminars was offered at all music education levels. 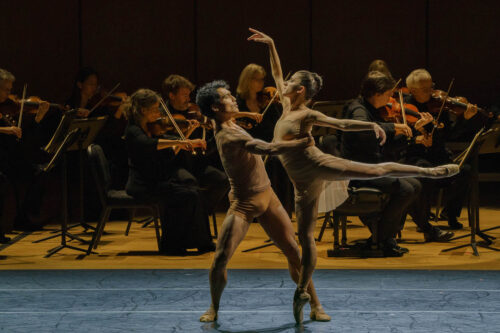 First, Taylor Naturkas and Andrei Chagas, soloists from the MCB, premiered “Daybreak,” a duet by Swedish choreographer Pontus Lidberg over the famous “Adagio for Strings” by Samuel Barber — adding a subtle, special touch to a generous evening of dance and music. The excellence of the dancers was framed by the traditionally splendid strings of the academy in a sober lecture of the composer’s best-known work. Evocative and bucolic, it was the right prelude to the “First Trio in D minor” by Felix Mendelssohn, featuring three top-class instrumentalists.

One of the pinnacles of chamber music, admired by great composers and highly popular, the piece makes superlative demands on the piano, violin, and cello. As masterful as Bell were Zlatomir Fung on cello and Marina Radiushina on piano. The three of them literally sparked. Radiushina’s proverbial clarity and Fong’s velvet sound were fierce rivals for the distinguished violinist; fittingly a meeting of friends making, enjoying, and sharing “small” but indisputably “big” music.

The second half of the evening brought the debut of Larisa Martínez with the academy, with three pieces worthy of the voice of the Puerto Rican soprano, who displayed agility and a clear timbre. Originally composed for voice and violin, the cavatina “Ah ritorna età dell’oro” from Mendelssohn’s opera “Infelice” was the perfect vehicle to showcase the violinist and his wife. 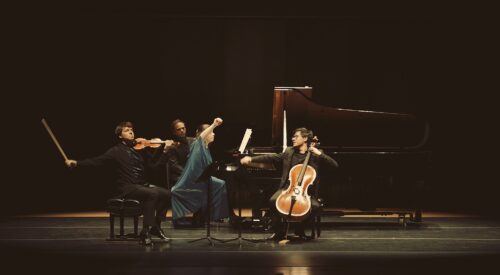 The second welcome rarity was “Jours de mon enfance” from Ferdinand Hérold’s “Le Pre-aux-clercs,” a sweet evocation of childhood, presented with vocal pyrotechnics that Martínez delivered with delightful precision. With “Bachiana Brasileira Number 5” by Hector Villa Lobos, surrounded by the cellos of the academy, the young soprano rounded off a golden performance.

The concert began and ended with Barber’s captivating lyricism. Bell chose the “Violin Concerto,” one of his “workhorses,” which he owns like few or none, elegantly framed by the academy. The first two movements, as suffocating and at the same time balmy in their romanticism, contrasted with the complex, vertiginous finale that demands the impeccable virtuosity that Bell rightly honored.