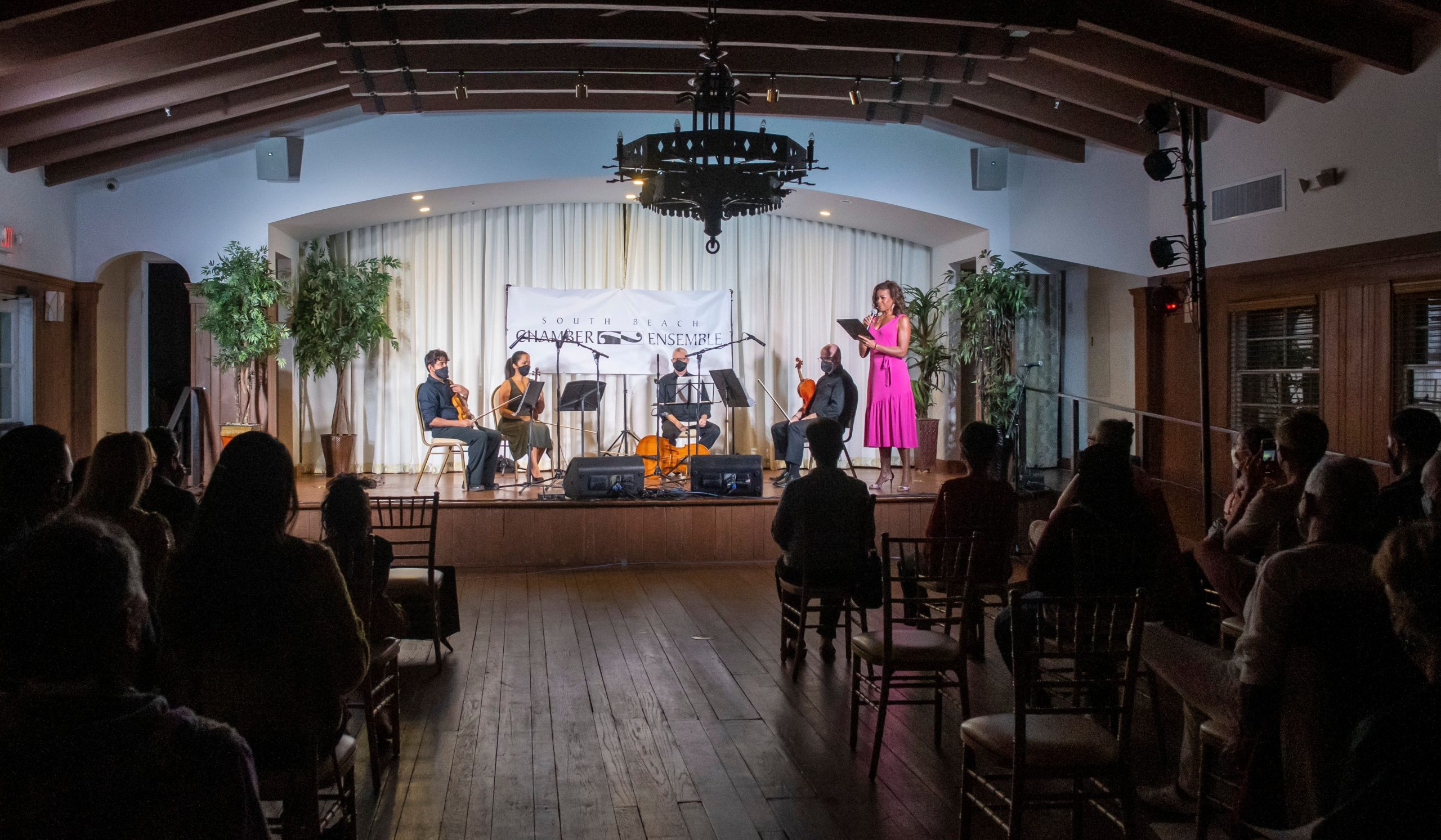 For its inaugural livestream event, the South Beach Chamber Ensemble presented “Black Voices: An Evening of Music and Thought” – with works by composers of African descent interspersed with spoken-word performances by Black poets.

The Dec. 6 program – which was offered in-person at the Miami Beach Woman’s Club as well as online – was a response to this year’s cascade of painful events, said Michael Andrews, the ensemble’s founder and executive artistic director.

“The final straw for me was George Floyd,” he said. The movement for racial justice that followed Floyd’s death in May while in police custody in Minneapolis – along with the COVID-19 pandemic – convinced him that it was time for the 23-year-old ensemble to do something different.

“I thought: We cannot do business as usual. We can’t do that. It’s a whole different world.”

The concert began with a mix of words and notes. Darius V. Daughtry, published poet and founder of the Art Prevails Project, which focuses on theatrical performance, arts education and community engagement, presented “These Black Voices.” His spoken-word performance was accompanied by a wordless version of “Lift Every Voice and Sing” (often referred to as the Black national anthem), performed by the show’s host and local favorite, Nicole Henry. 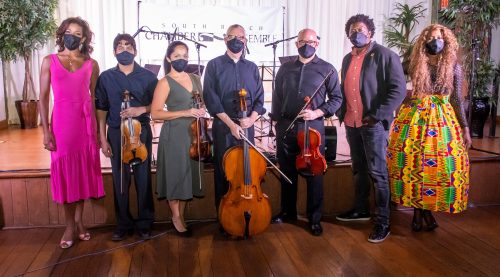 Then the chamber ensemble, all masked in black, played the program’s oldest composition, “String Quartet No. 1 in C Major,” a 1771 piece by Joseph Bologne, the Chevalier de Saint Georges. Born on Guadeloupe to an enslaved Senegalese mother and a French planter, he came to be “widely regarded as the most accomplished man of his age,” according to Artaria.com, which catalogs sheet music from Artaria Editions. He was a noted swordsman and virtuoso violinist as well as a composer. He also was conductor of the leading symphony orchestra in Paris.

The quartet – violinists Tony Seepersad and Ericmar Perez, with JT Kane on viola and Andrews on cello – took flight on this sprightly piece.

Next was Allison Matulli’s earnest delivery of her work, “How Many More.” With topics ranging from Floyd’s death to her young son’s racist encounter at a park, its themes included motherhood, loss, and their intersection.

Last summer, the Education Week journal published an opinion piece by Matulli, “Why I Showed My Young Children the Video of George Floyd’s Death.” An attorney who also has a master degree in education, Matulli works to help young people understand the law and their rights.

The quartet returned with a composition from the last century, George Walker’s “String Quartet No. 1” from 1946. Walker was the first African-American to win a Pulitzer Prize for music, in 1996.

Then it was Daughtry’s turn again. He recited “Poems Like These,” which battered the listener with percussive words capturing the excruciating repetitiveness of police killings of unarmed Black Americans.

“I’m so damn tired of writing poems like these

I’m good at it though

Making paint out of bloodstains.”

Daughtry’s “Dead Black Boys,” a meditation on constant mourning for lives lost, followed. Then came the final musical selection, the program’s newest: Jessie Montgomery’s “Strum,” from 2012. With a range of dynamics, tempos and techniques, it offered the quartet a chance to show off a bit.

At the close, the poets and Henry reprised “These Black Voices,” reciting the names of some of those lost to police violence and questionable circumstances. Then Henry sang the opening of “Lift Every Voice and Sing.”

The evening suffered a bit from technical troubles, notably with the announce microphones early on. But the quartet’s sound was clear and beautiful. Virtual attendees were treated to more intimate views of the performers than would have been possible in person.

The entire performance of “Black Voices” by the South Beach Chamber Ensemble is available on the group’s Facebook page, and there’s a shortened version on YouTube. For more information, visit Sobechamberensemble.biz.