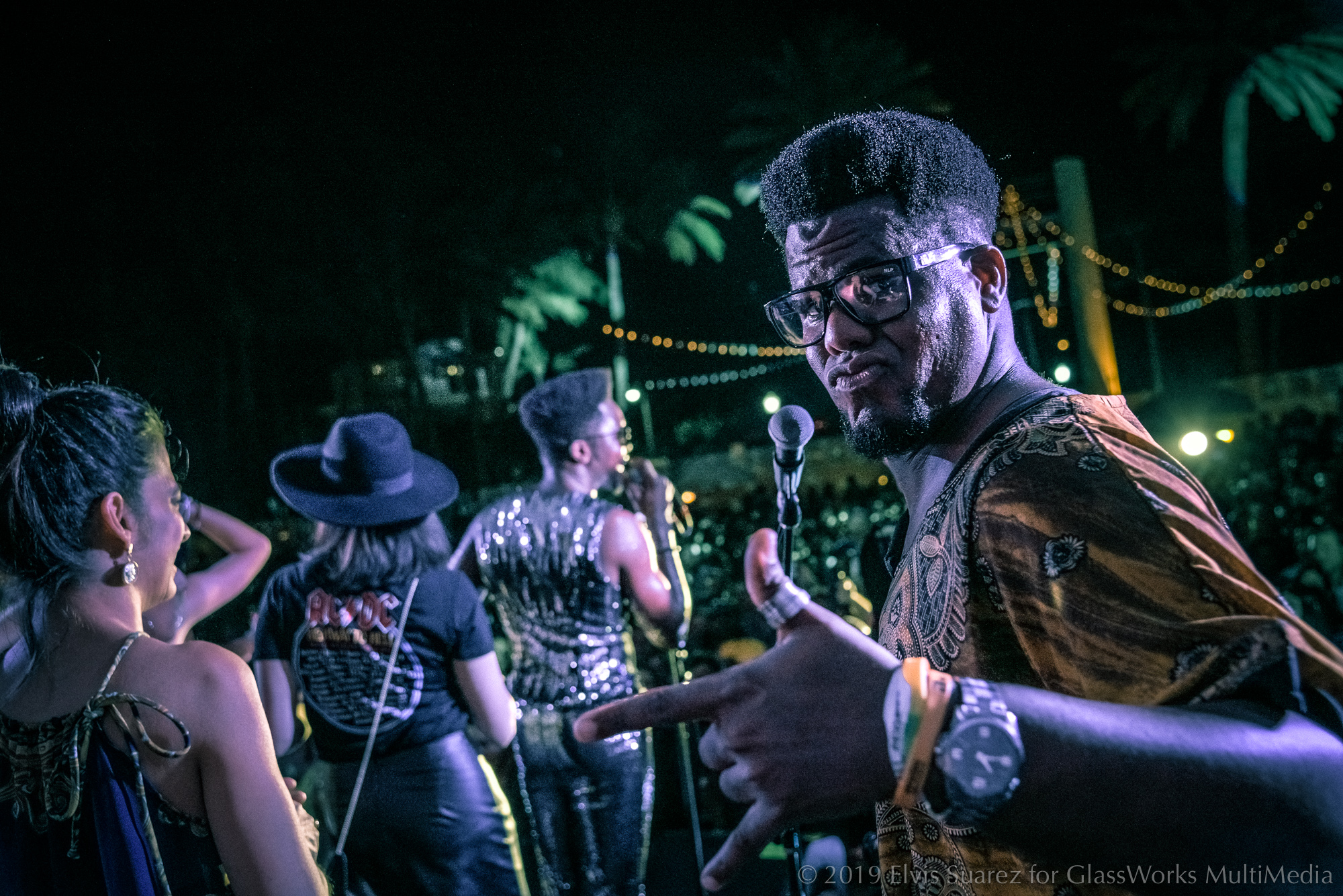 Dayme Arocena and Cimafunk, two of the most promising young singers and songwriters from Cuba, performed before a sold-out Global Cuba Fest audience Saturday, March 30, at North Beach Bandshell in Miami Beach. Both artists are updating traditional styles and rhythms in Cuban music, but each one approaches it in a distinctly personal way.

Arocena is a performer with a voice and expressiveness that can probably turn blender-repair instructions into poetry. She opened with several pieces from the Santeria ritual before offering a set that included songs in English and Spanish, a couple of boleros, a Brazilian-style sing-along, jazz scatting and even some R&B turns. Remarkably, all sounded organic, lived-in. She has an impeccable sense of time and intonation, and proved to be a fearless improviser. Next time, it would be great to hear Arocena in a setting that would allow her to work with dynamics, and before an audience interested in listening. On Saturday, most appeared to have come to dance to Cimafunk, aka Erik Alejandro Iglesias, arguably the hottest artist these days in Cuba. (Cimafunk alludes to Cimarrón, as the African slaves that escaped his masters were called, and funk)

He has developed a style built mainly on James Brown’s funk, elements of Fela Kuti’s Afropop and old Cuban big bands, but also reggaeton, a pinch of rock and jazz, and generous servings of various traditional Cuban styles. With Cimafunk, all is in play. Add to the mix streetwise lyrics delivered with charisma, and you have a dance-music phenomenon.

He also opened with an invocation-style piece, in his case an impressive a cappella song, before unleashing his band on some of his greatest hits, such as “Paciente (Patient),” “Me Voy (I’m Leaving)” and “Ponte Pa Lo Tuyo (Do Your Thing),” with the curious refrain “con mi dinero yo hago lo que quiero (with my money I do what I want).” On Saturday, the presenters had removed most of the benches and left plenty of space for dancing. Wise move.