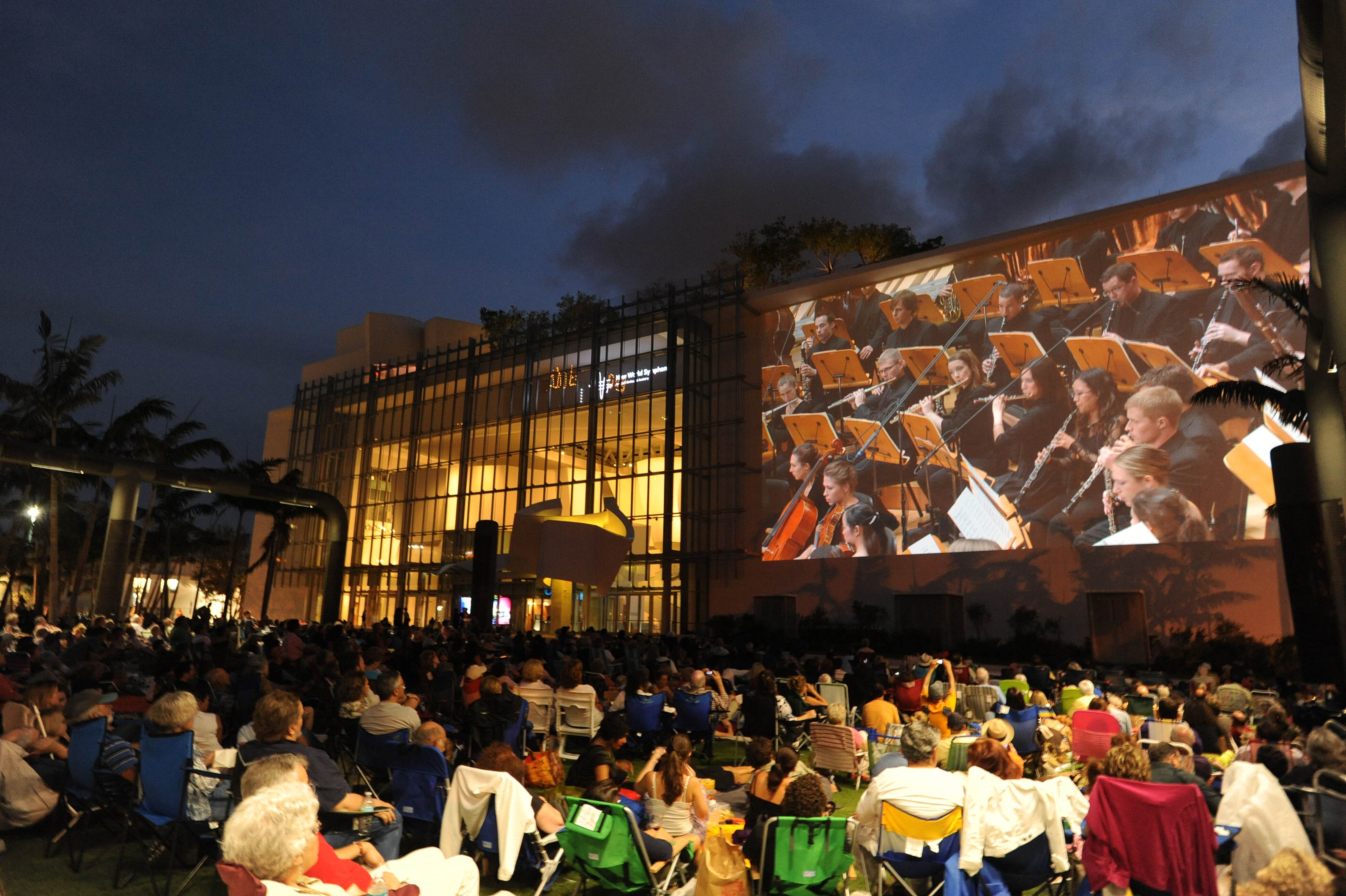 New World Symphony’s two-week piano festival began with performances on Friday and Saturday, March 8 and 9, at the New World Center in a program featuring works by Kaija Saariaho, Robert Schumann and Felix Mendelssohn, conducted by Osmo Vänskä and Dean Whiteside and featuring Inon Barnatan on piano. Attendance was strong for the Saturday-night performance, with a mostly full hall and a packed audience outside in Soundscape Park.

The evening began with third-year New World Symphony fellow Whiteside conducting Finnish composer Saariaho’s “Winter Sky” (2002-2013). “Winter Sky” forms the middle movement to Saariaho’s orchestral work “Orion,” originally commissioned by the Cleveland Orchestra. In 2013, Saariaho arranged “Winter Sky” as a standalone work. The title invokes the time of the year when the namesake constellation is most clearly visible from the Northern hemisphere, and features of the work triggered associations with a transparent, bitterly cold winter night.

“Winter Sky” resembled Ligeti’s “San Francisco Polyphony” performed by NWS in February in the way it generated hazy washes of sound interrupted by repetitions of the opening’s three-note pattern. At the start, harps, metallic percussion and muted strings laid down a sonic shimmer that backgrounded Elizabeth Lu’s haunting three-note piccolo solo, which was taken up and varied by Jesse Kasinger on violin, then echoed in the clarinet, oboe and muted trumpet. Other memorable effects included a passage when the winds raised the bells of their instruments over their stands and wailed. The closing solo by cellist Alexa Ciciretti provided an aching counterpoint to single notes in the chimes, celeste and bowed vibraphone. Ably conducted by Whiteside, “Winter Sky” was a lovely piece.

“Winter Sky” was followed by the evening’s jewel: Schumann’s “Concerto in A minor for Piano and Orchestra” (Op. 54) conducted by Vänskä with Barnatan on piano. Completed as a single movement for piano and orchestra in 1841 for performance by the composer’s wife, Clara, the “Phantasie” debuted that August with the Leipzig Gewandhaus Orchestra conducted by family friend Felix Mendelssohn. With the addition of the second and third movements, the “Phantasie” later became the “Concerto in A minor” and Schumann’s only piano concerto.

Alone, Barnatan’s performance was magisterial and displayed an incredible range of textures, but the pianist’s communication with the orchestra and the recurring solos by Ryan Roberts on oboe made the performance of the concerto a NWS season highlight.  Completed four years after the debut of the “Phantasie,” the concerto’s second and third movements mark a shift in the work that can sound like a restart. The first movement opens with a descending, four-note CBAA — or in German notation CHAA — which spells out “Chiara,” i.e., the name of the composer’s wife in Italian. Barnatan then played such a lovely game with the rising, four-note melody that echoes it at the start of the intermezzo, the difference between first and second movements felt like a hinge instead of a break.

The program ended with Mendelssohn’s “Symphony No. 3 in A minor,” known as the “Scottish” (Op. 56) and inspired by a visit Mendelssohn made in 1829 to the ruins of Holyrood Castle in Edinburgh, where he first composed the opening melody. Although Mendelssohn eventually dedicated the piece to Queen Victoria, a letter to his family about the trip shows his thoughts at the time were on a very different queen — Mary Queen of Scots. After a hiatus of 10 years, Mendelssohn returned to the symphony, completing it in 1842. It was conducted first in Leipzig and then in London.

I have had difficulty connecting with this work, but the Saturday performance by the NWS fellows under Vänskä’s conducting made Mendelssohn’s third symphony exciting and new. The conductor accomplished this by slowing down the andante of the opening to almost an adagio, which uncovered a rich and complex tapestry of first-movement voices, so when the strings and the horns entered with the main melody line — stately, sovereign and martial — the theme registered as a shock. Also notable was the lively scherzo with its Celtic echoes, Lombardic rhythms and terrific clarinet, oboe and flute solos. Vänskä’s version of “Symphony No. 3” ticked the boxes, stately and regal, but the work shifted as well between pastoral and courtly. It was a well-thought-out reading of the work that exhibited the symphony’s nuances.

Little surprise that the audience was back on its feet at its conclusion.

ArtburstMiami.com is a nonprofit source of theater, dance, music and performing-arts news. Sign up for our newsletter and never miss a story by clicking here.