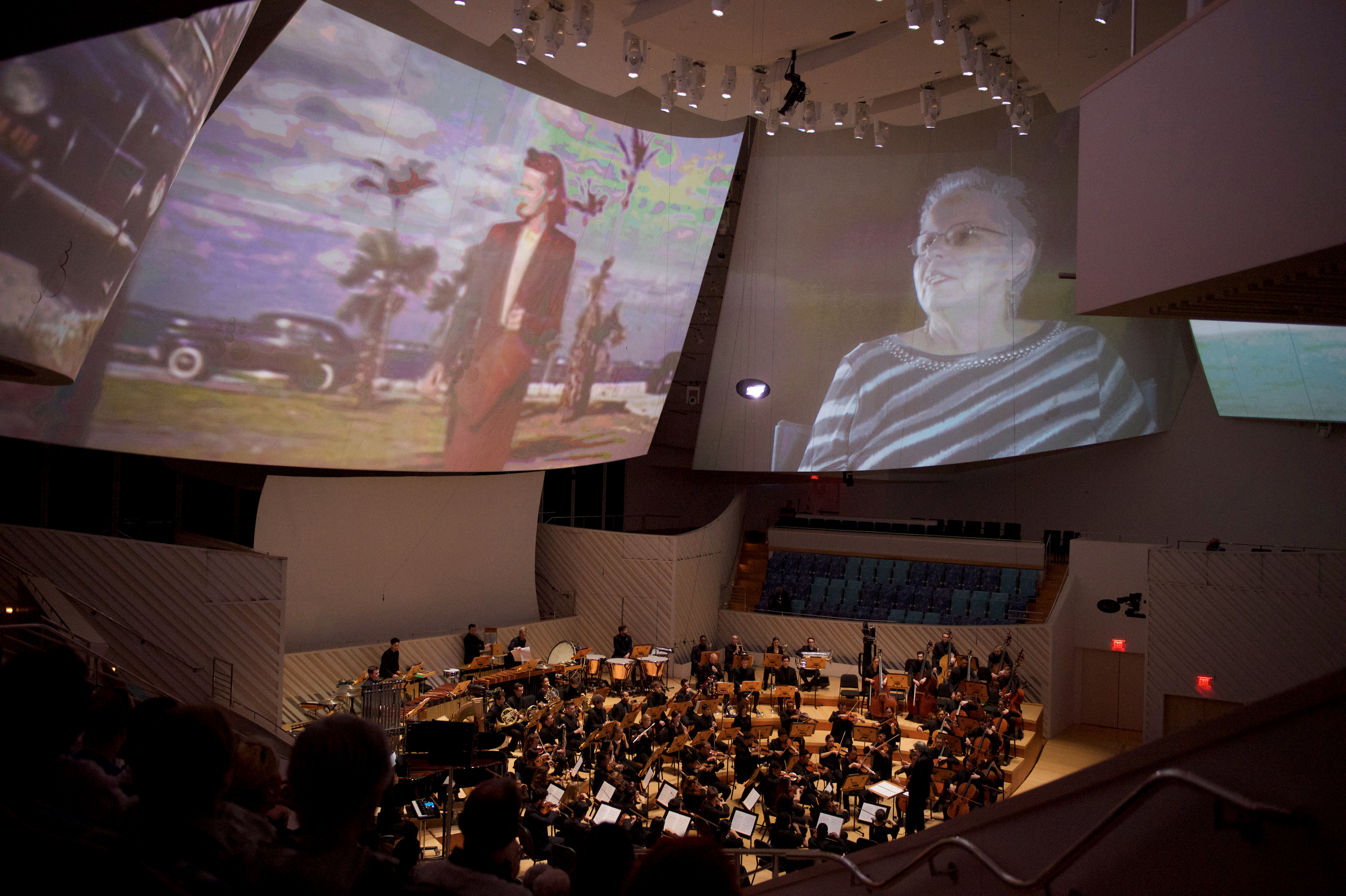 The program began with Ligeti’s “San Francisco Polyphony” (1973-1974), first commissioned in honor of the 60th anniversary of the San Francisco Symphony. “Polyphony” was true to its title, opening with a cascade of chime strikes that accented the conflict among percussion, strings and winds while the muted brass unfolded in the background. In the opening minutes, Ligeti again and again eschewed theme for a shimmering effect from nests of instruments that produced sound colors as opposed to melodies.

At just 12 minutes, the piece progressed with extraordinary deliberateness and nuance. Instrumental voices massed, reached a certain threshold and then faded as other instrumental groupings took over. Transitions also happened suddenly, as when a gong strike set loose the piccolo and piano to shimmy between two notes in an extended passage that seemed both a duet and a duel.

Next up was Pintscher’s “Mar’eh for Violin and Orchestra” (2010-2011). “Mar’eh” is Hebrew for “vision” or “sign,” and can mean how something looks but also the appearance of something that seems real but isn’t (think hallucination). For instance, the Jewish philosopher Maimonides uses the word to describe a kind of prophetic experience where the prophet’s “imaginative faculty achieves so great a perfection of action that it sees the thing as if it were outside.”

When Pintscher addressed the audience before the performance, he referenced the Torah and the word’s ambiguous visual tradition before explaining that the spark behind it stemmed from his experience of hearing violinist Julia Fischer playing Mendelssohn. He added, “This is slow music that gives the audience time to immerse themselves in their own sonic landscapes.”

The piece was accompanied by violinist Renaud Capuçon, who has often performed “Mar’eh” with Pintscher. At the New World Center, it was clear why. The piece opened with Capuçon bowing a barely audible note backgrounded by the hushed rumbling of a cymbal, more felt than heard. He repeated the note until it was eventually answered by the French horns. As the piece developed, the soloist initiated demi-melodies that were completed by the horns and embellished by oboes and flutes, while at other times the other voices dropped out, leaving Capuçon alone to repeat that first spidery note.

The middle section was noteworthy for a sense of space created by the flautists blowing air into their mouthpieces without quite forming notes. This was kept from becoming too precious by the nasally intrusions of the muted brass. There was a lot to like in this piece.

The evening closed with Olga Neuwirth’s “Masaot/Clocks Without Hands” (2013), composed to celebrate the 100th anniversary of Mahler’s death. The piece began with the violins so soft they set the hall trembling without making a discernible note. From here, the orchestra crescendoed until the brass burst in with a klezmer melody.

One advantage “Masaot” (Hebrew for “journey”) had over the first two pieces were the folk motifs that popped up throughout. They allowed the piece to play on collective memory by anchoring the work in a patchwork of familiar songs while also quoting middle sections from Mahler’s First Symphony, telling sonic jokes as it mangled its passages.

Also, Neuwirth showed a knack for posing problems about time and consciousness and developing sonic answers to them. Several passages were marked by the rhythm of a metronome. Each time, the orchestra handled the rhythm differently. During its first appearance, the metronome rhythm progressively co-opted the other instruments until the entire orchestra sounded like a cross between a clock and a factory. In other passages, the metronome added syncopated beats and even shifted tempos, seeming to question in the process whether time really could act as an anchor for subjective experience.

Overall, “Masaot/Clocks Without Hands” was a gorgeous, smart and pointedly funny work.

Photo: New World Center in Miami Beach, as seen during a previous performance.