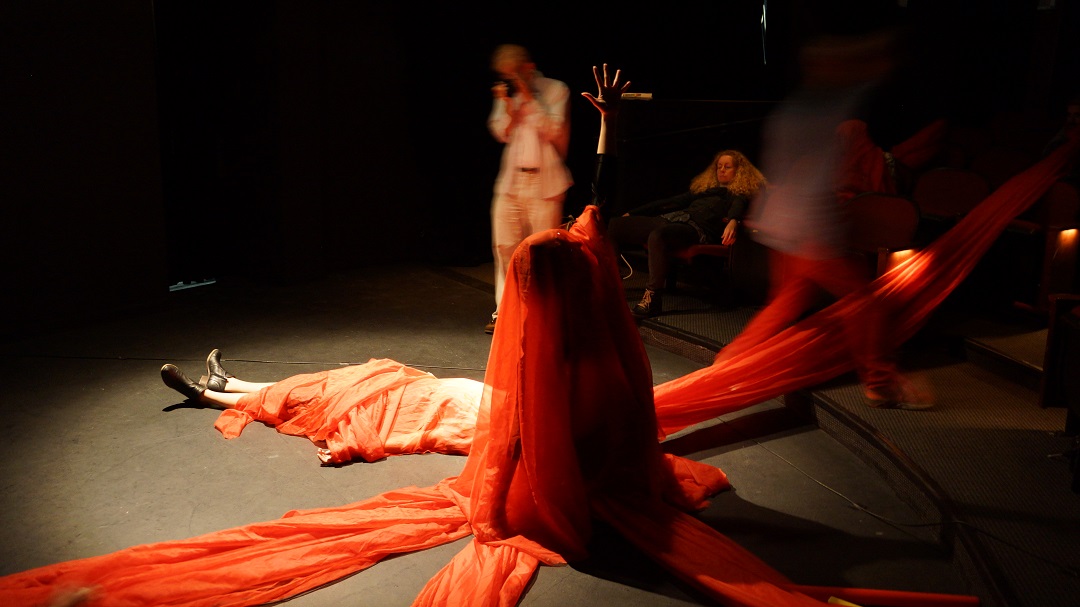 “The Black Queen” is an Eastern European folk villain: a cruel but powerful female ruler, a shapeshifting master of black magic who commanded rain and threw her lovers over her castle walls to their death, a woman dressed in black who walked with a raven by her side. She is the archetypal malevolent witch. She was also a real person, but not like the stories say.

Two years ago, Miami musician and composer Juraj Kojš encountered the legend of the Black Queen during a trip through his home country of Slovakia. He then went on a search for the queen’s story and found Daniela Dvořáková’s recent book, “Barbora of Celje, the Black Queen.” Dvořáková traces the real story and the origin of the myth. Barbora of Celje, born in 1392, was actually an educated, cultured and competent ruler of a large empire during her lifetime. She was transformed into a caricature by contemporaries eager to seize her power.

“I immediately knew this was an important story to tell, and retell, and to explore,” says Kojš. This is the seed idea for “The Black Queen,” a new multimedia performance by Kojš and collaborators showing this Thursday and Friday at MDC Live Arts Lab.

“The Black Queen” draws upon the talents of artists from Miami, the U.S. and Europe. Singer Jennifer Beatty and pianist Adam Marks are his primary co-creators. Together, the three set off on a journey to Barbora of Celje’s castles in Europe. They visited eight different castles in four countries, all part of the empire over which the queen once ruled. In the meantime, they learn about both the real women and the legendary figure she became.

As the true story goes, the queen gained her power through King Sigismund of Luxembourg, whom she married at age 12. She went on to become a queen of Hungary, Bohemia, Germany, and a Holy Roman Empress and when the king was away for long stretches of time, she ruled in his place. She was the most powerful woman in Europe.

Upon Sigismund’s death, a group of powerful men conspired against her to ruin her name. She was cast out as a whore and a witch, exiled to a small castle in the Czech Republic where she purportedly opened an alchemy lab. Her legend developed over centuries to include vampirism among other dark practices.

Kojš met with historian Dvořáková, and he and his collaborators collected street interviews with people in the areas where they travelled. They then built complex sound and visual environments with the help of technology experts. Choreography was contributed by local Ana Mendez, and 9-year-old Emma Nordahl from Copenhagen plays the young Barbora.

Technology is used generously in “The Black Queen,” with video projections, live electronic sound, and augmented reality. Kojš loves to engage audiences in his work and “The Black Queen” is no exception.

For Kojš, the story calls up very contemporary issues of gender and power. “A 14th century mythical figure could seem quite remote, but it is not,” he says, “because some of the issues have survived over the centuries…. Women were made into witches for the one and only purpose, out of fear that they were competent and powerful.”

“One of our trips was during the election year, and when we were reading about her as a witch, the next day we opened the newspaper and there was Hillary on a broom,” says Kojš. “We realized, here we are dealing with a story that is actually incredibly contemporary even though it may be 600 years old.”

Despite the political charge present in the story, Kojš is quick to emphasize that the piece is not about blaming or creating new bad guys. It is constructed as a surreal sonic meditation on her story, one that engages us abstractly and emotionally in the retelling.