Raucous Klezmer and Spiritual Cantorial Music Come Together in One Concert 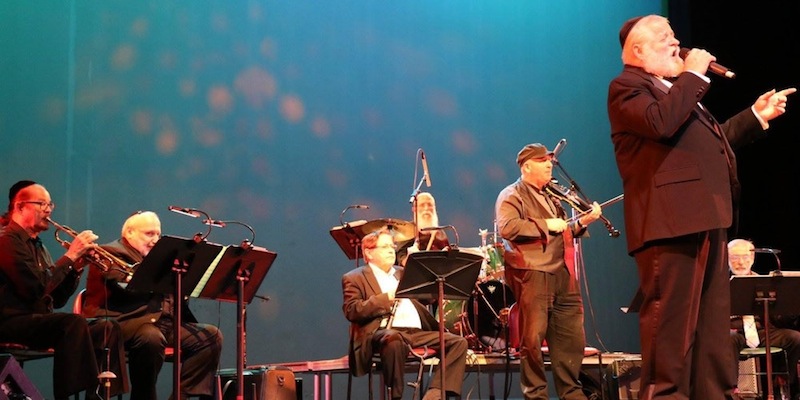 Having grown up in Buenos Aires with a strong interest in music, one would think that Jaime Bronsztein would have slid down the well-lubricated tracks toward tango. Instead, the sound and spirit of klezmer captured him, and under the tutelege of virtuoso clarinetist Giora Feidman, he studied and mastered this celebratory, hybrid folk musical form, rooted in the 16th century Eastern European villages, but which has traveled the globe, picking up new flavors in each landing.

Bronsztein’s career has taken him around the world too, including 12 years in Israel. On Sunday, Feb. 11, he will bring three South Florida-based bandmates (trombone, percussion and piano) to open a three-part program at the Julius Littman Performing Arts Theater in North Miami Beach, demonstrating a range of styles.

The program is presented by the United Jewish Generations (UJG), an organization founded in 2004 by Rabbi Menechem and Devorah Leah Smith. UJG is under auspices of Chabad, led by directives of the Lubovitch rebbe, and is dedicated to serving the elderly of South Florida with religious study, pastoral care, community-building and entertainment. They utilize facilities around the county, and the Littman Theater is their go-to venue for concerts.

The music of Eastern Europe – both religious and secular – feeds the spiritual and emotional appetites of their Jewish patrons, but also other enthusiasts. On the spiritual side are the liturgical and concert works that will be sung by Cantor Benzion Miller, with instrumental accompaniment from clarinetist Michael Winograd and his New York Klezmer All-Stars. These concert segments will alternate with the often more raucous and rhythmically upbeat klezmer tunes.

Both cantorial and klezmer music are part of the heritage of Jewish peoples worldwide. They express both the Jewish “tribal” heritage of migration, exile, homecoming, conquest, celebration, mourning, and the dramas of an individual. Such life experiences are universal, but their ceremonial and musical expressions are uniquely integrated into the Jewish holiday calendar and family celebrations.

In Judaism, a rabbi is a man or woman sufficiently educated in Jewish law to provide religious instruction. They regularly lead services and provide pastoral services. A cantor’s religious training is supplemented by musical skills, allowing him (or her in some congregations) to sing the liturgical music –occasionally with soaring virtuosic power.

Celebrated Cantor Benzion Miller brings to the stage a brilliant tenor voice, nourished by a multi-generational immersion in the music and musicality of Jewish liturgical song and concert music. Based in the New York area, he has maintained a decades-long international performance calendar. Rabbi Smith has engaged him repeatedly to great acclaim.

Cantorial music has been integral to Jewish religious ceremony for more than 2,500 years. While harvest and wedding feasts were celebrated with dance music and song outside, within the synagogue, scripture readings and benedictions gained emotional resonance from the cantor’s voice – sometimes with choral accompaniment.

The evolution of this music – ­beginning in the region of modern Egypt, Israel, Jordan and Palestine ­­– shares stylistic qualities with Arabic and Persian traditions. Such globally-popular melodies as “Hava Nagila” are based on an Arabic mode (in Western notation, an a-minor with raised fifth). It’s also called the Spanish gypsy scale.

Emotionally-charged vibrato and scales with tight intervals are also characteristic of flamenco and fado ballads ­– even gypsy music. There are operatic qualities that fans of German and Italian operatic music will find resonant. Audience members familiar with Christian church music will hear confluence with psalms, hymns, chorales, chants and holiday songs. The lyrics convey the wide-ranging emotional character of scripture: praise, longing, supplication, mourning, nostalgia, devotion. As Cantor Miller explained, regarding sacred music, “Some of it has been glamorized and glorified and turned into concert pieces.”

Sunday’s program has been “tuned” to a wide audience and will include roughly half klezmer and half cantorial song ­– in both Hebrew and Yiddish. Rabbi Smith invited Winograd’s “New York Klezmer All-Stars,” because “every year I try to enhance the program with something new to look forward to.”

Winograd is an experimenter, mixing it up with practitioners of such diverse traditions as classic 1950s Jewish-American music (think Mickey Katz) to virtuoso violinist Itzak Perlman to Pakistani vocalist Zeb Bangash. Piano/accordianist Rob Curto was raised on Count Basie and Duke Ellington and is also steeped in Brazilian forró and samba. Frank London on trumpet and Richie Barshay on percussion further amplify the band’s reach and depth.

For this concert, besides accompanying Cantor Miller, they will return to the traditional roots of klezmer. “It’s straight-laced, but we’re excited,” insisted Winograd. “This is a real treat, because while traditional klezmer is our starting point, it’s not that often that people request it.” Sunday’s three-part program will offer Miami audiences that treat – and more.